That did not last long: Sidney Hoffmann’s heavily tuned Mercedes-AMG C 63 S is already on sale again! The price is violent and AUTO BILD has all the information.

Hoffmann’s motto sounds like this: “Tuning is not paid for the resale value”! Nothing more false it appears. A juicy 99.890 euro price tag is what Mercedes dealer asks for the Camo-Benz – with only 15,000 kilometers on the clock. The basic vehicle is a Mercedes-AMG C 63 S Edition 1 from 2015. Former factory price according to dealer: 117,037 euros.

In addition to the extensive series equipment Sidney’s actually silver C 63 also has ceramic brakes and the Burmester sound system. For the necessary depth, Sidney installed KW coil springs (from 749 Euros) directly after purchase. Next came a fuselage exhaust from Friedrich Motorsport (starting from 3670 euro), multi-spoke 20-inch-Schmidt rims (around 6000 Euro) and a Camouflage-foil (around 3000 Euro).

All these conversion measures are included in the current purchase price of almost 100,000 euros. Optionally a performance increase is offered, taking power up to 643 hp and 820 Nm (series 510 hp and 700 Nm), but without guarantee. 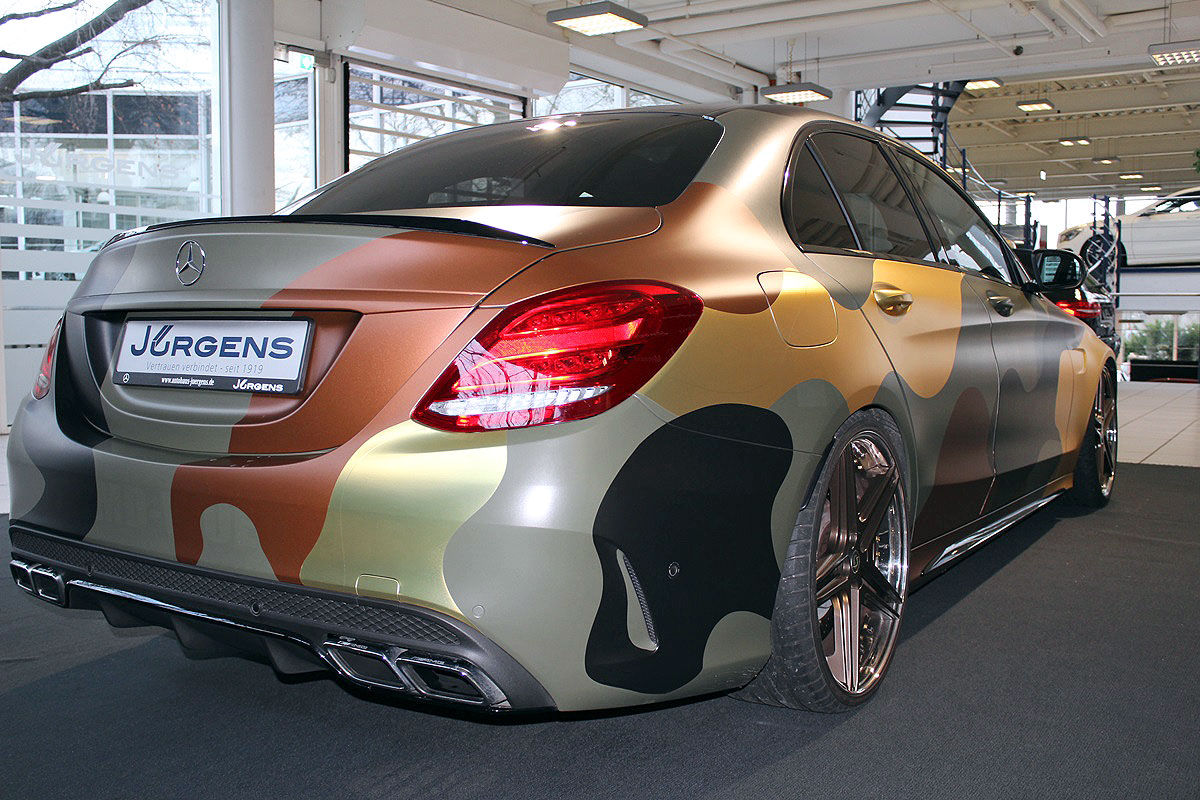 Short history of Sidney’s C 63 S: At the Essen Motor Show 2015, the PS Profi unveils the brand-new camouflage design of its AMG. Already in April 2016 Sidney Hoffmann sold the C 63 to a mounting company, which uses the converted AMG as an advertising vehicle. Now the Camo-Benz is available for sale again at a Mercedes dealer in Hagen for 99.890 Euro.