After more than 30 years, the most powerful Mercedes C-Class returns to the 4-cylinder engine. The future Mercedes-AMG C 63 e 4Matic will be a Plug-In Hybrid with 4-cylinder engine and about 520 HP.

Mercedes presented in March 1990 at the Geneva Motor Show Mercedes 190 Evo II equipped with a 2.5-liter 4-cylinder engine that delivers 235 HP and 245 Nm. Power was transmitted to the rear wheels via a 5-speed manual transmission.

Benefiting from new electrification technologies, Mercedes returns to the 4-cylinder engine for the most powerful C-Class. The Mercedes-AMG C 63 e 4Matic will be a 4-cylinder hybrid plug-in.

Mercedes-AMG continues to develop the process of electrifying engines. The latest innovation is an electric exhaust gas turbocharger developed in partnership with Garrett Motion.

The highlight of this innovative turbocharging system is a slim electric motor with a width of only 4 cm that is integrated directly on the turbine shaft between the turbine on the exhaust side and the compressor on the fresh air side. The electronically controlled electric motor drives the turbine before it is driven by the exhaust gases. This means that there is no more turbo-lag. The turbine has a maximum speed of 170,000 rpm and the electric motor is connected to a 48V network.

According to auto motor und sport magazine, the first electric turbine is celebrating world premiere in the next Mercedes-AMG C-Class (W206). In addition, the turbo can be integrated into a hybrid drive train, as the electric motor can also work as a generator. 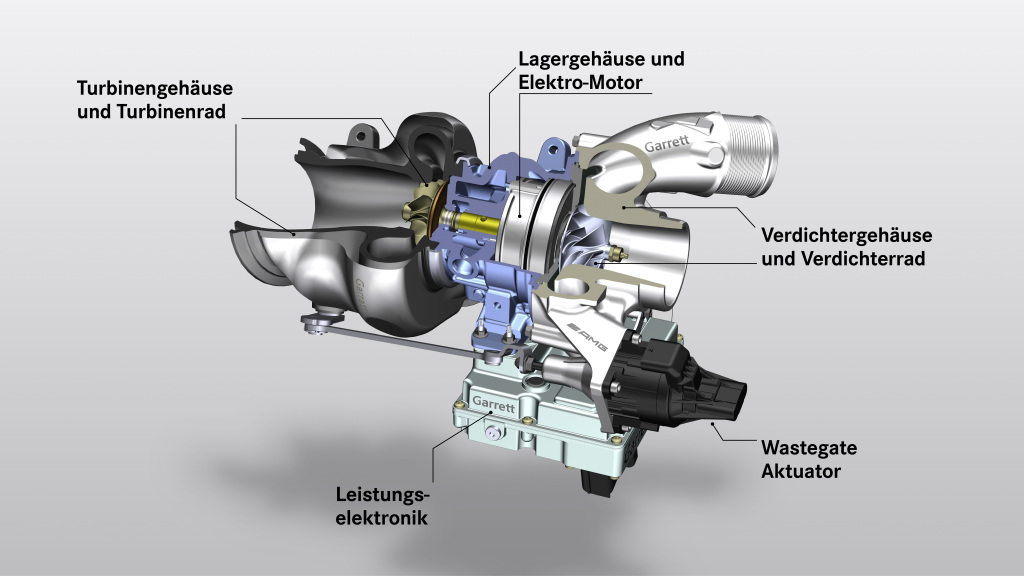 The system is known from Formula 1 engines, under the abbreviation MGU-H (Motor Generator Unit-Heat). In the future Mercedes-AMG C 63 e 4Matic a plug-in hybrid drive consisting of a two-liter four-cylinder (M 139) and an electric motor could deliver around 520 HP and 700 Nm, with 10 HP more than the most powerful C 63 AMG with 4.0 liter biturbo V8 engine. .

Here is the list of all Mercedes-AMG models based on the C-Class. 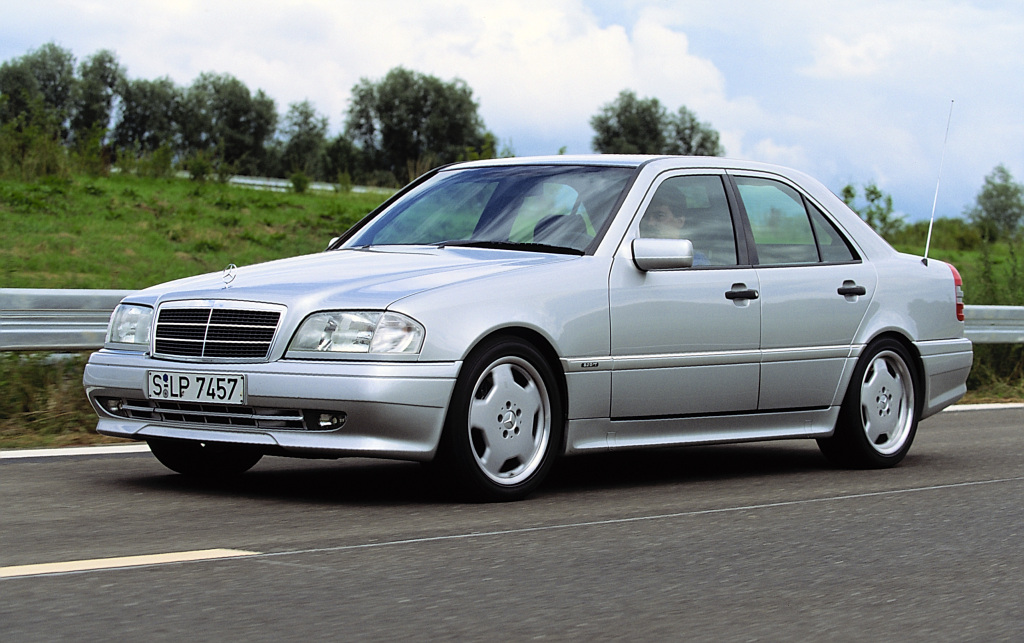 In the new generation W203 Mercedes introduces the first C-Class AMG with supercharged engine. The 3.2-liter V6 engine develops 347 HP and 450 Nm using an IHI compressor. In addition to the sedan, there was a limited T-Model series for certain markets. In 2003, a limited series C32 Sport Coupe was produced. It takes 5.2 seconds to accelerate from 0 to 100 km/h.

Mercedes tried to expand its customer portfolio with the first and only diesel produced by AMG. The 5-cylinder 3-liter diesel engine is based on the OM612 and develops 231 HP and 540 Nm. The car was not very successful. 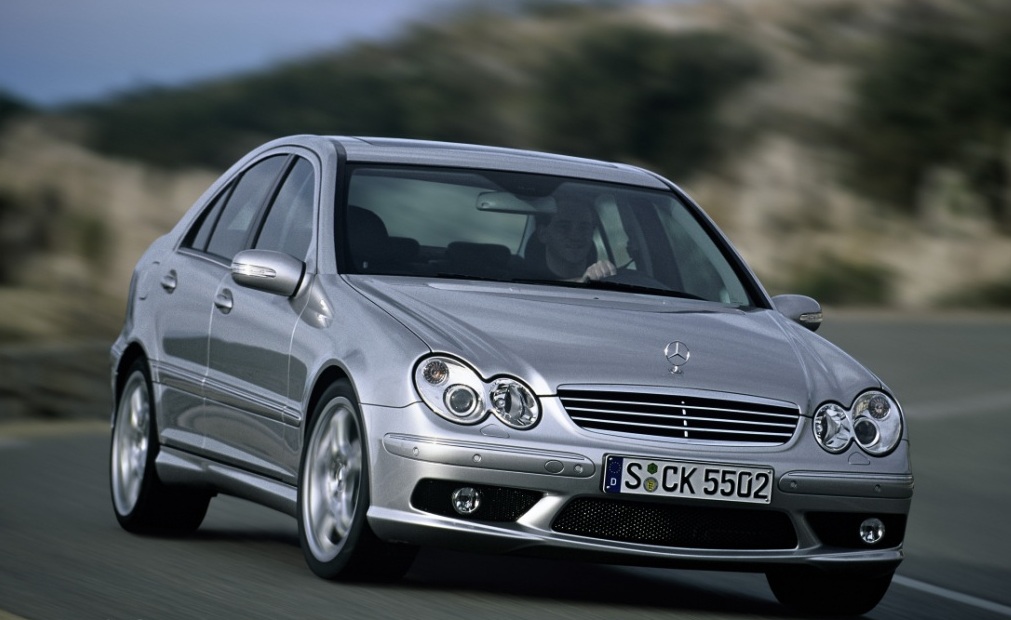 It is one of the longest-lived AMG models and was the first C-Class AMG in which AMG modified not only the engine but also the drive train.

The C 63 AMG had a revised suspension and other settings for ESP. The 6.2-liter V8 engine (M156) is the largest aspirated V8 available in Europe and was mated to a 7-speed automatic transmission. Develop 457 hp and 600 Nm.

It has also a more powerful version C 63 AMG performance package Plus which deliver 487 HP and 600 Nm. 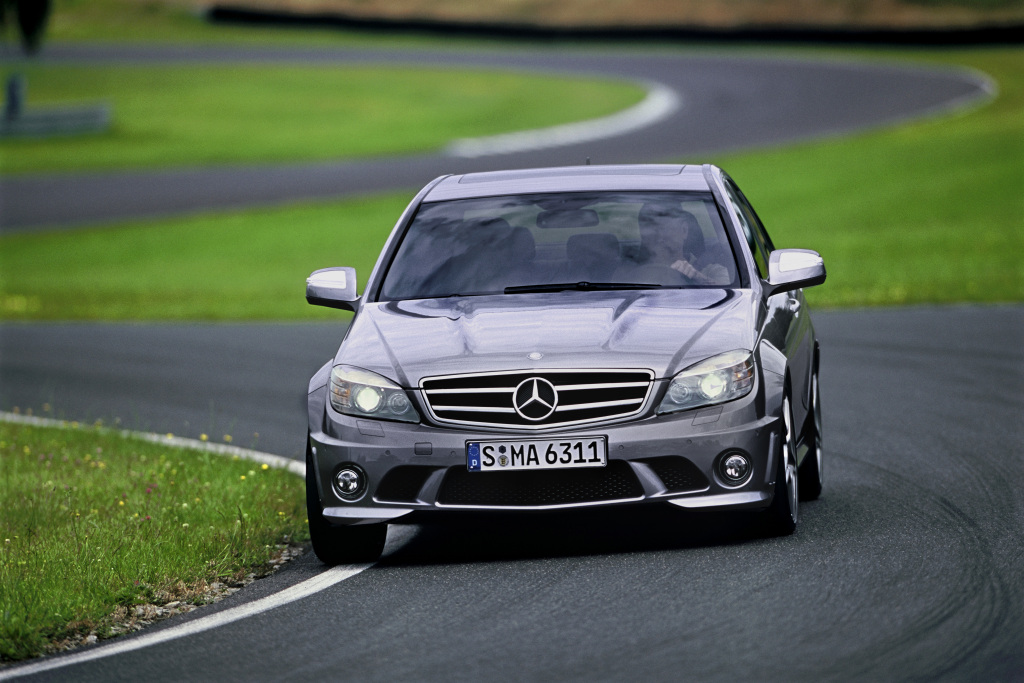 Mercedes has tried to create an intermediate series of models to compete with the BMW M Performance. For a short time the model was called the C 450 4Matic AMG and the engine was a 3-liter V6 bi-turbo with 367 HP coupled with 7-speed automatic transmission.

After the facelift, the power increased to 390 HP and the 7-speed transmission was replaced with the new 9-speed automatic gearbox. 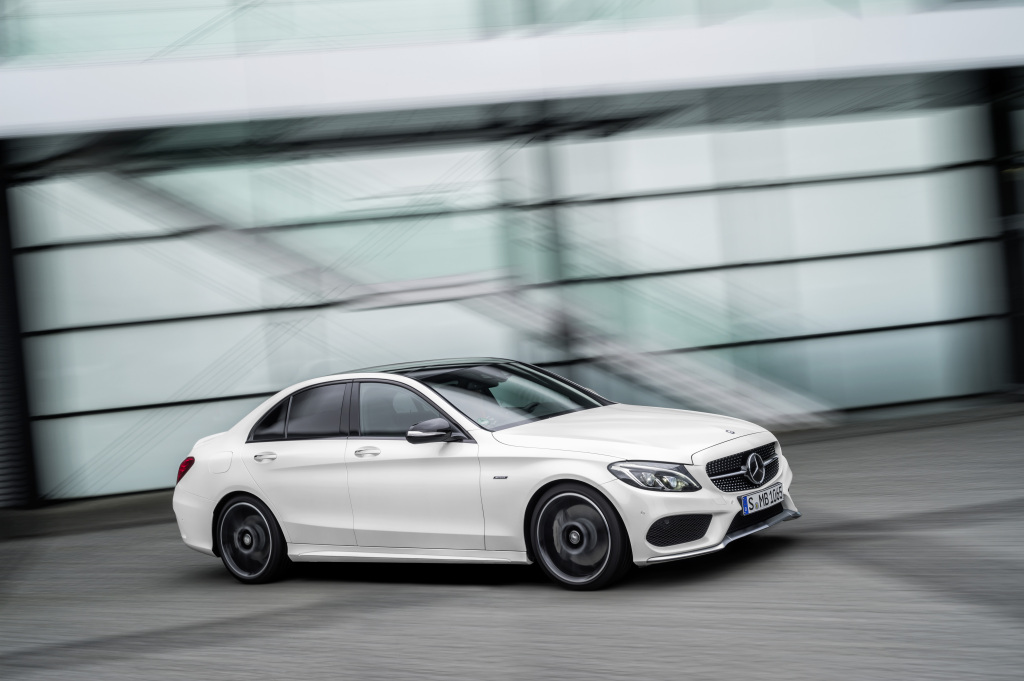 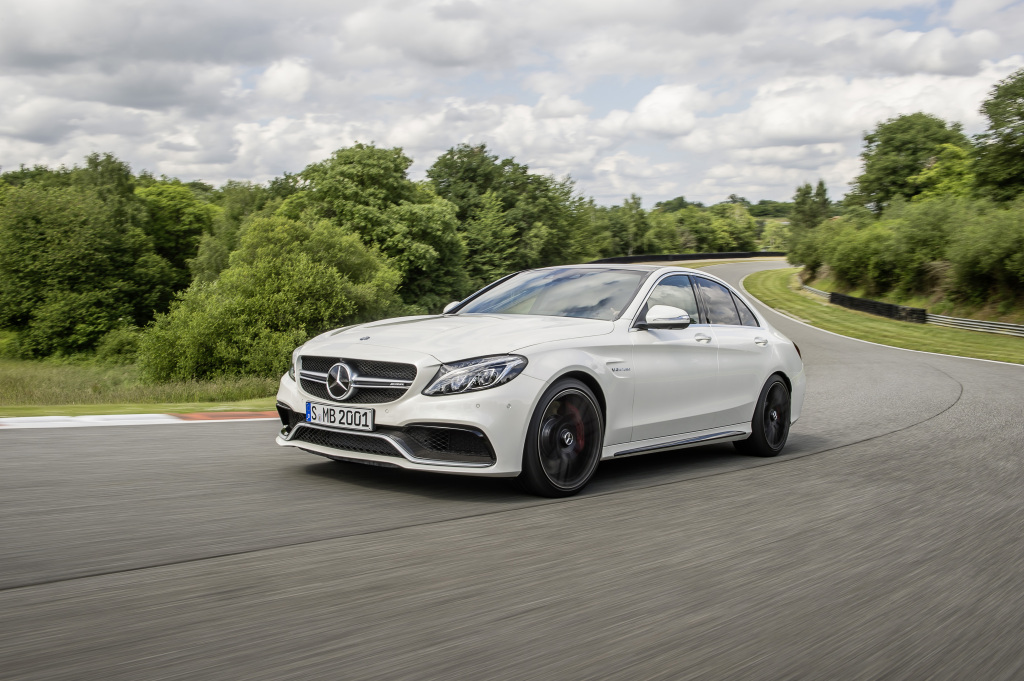