The hotly anticipated Mercedes-AMG C 63 Cabrio has been spotted for the first time testing on public roads. The uber drop-top will join its coupe sibling in AMG’s line-up next year.

Mercedes-AMG C 63 Cabrio will be the fourth of four initial models to launch in the new C-Class AMG lineup, following the Coupe, the four-door sedan and five-door estate. It’s expected to be revealed in full in 2016.

Like the other models in the range, the Mercedes-AMG C 63 Cabrio is based on the versatile MRA platform. The car retains the general proportions of the Coupe it is derived from, betting on the same sleek design and excellent interior quality.

The light camouflage on this test prototype hides styling changes made to the rear, especially to the tail-lights and boot lid, changes which reflect the styling cues present on its bigger brother, the S 63 AMG Cabrio. Even more, the Mercedes-AMG C 63 Cabrio will be “even better to drive than it looks,” says design chief Gorden Wagener. 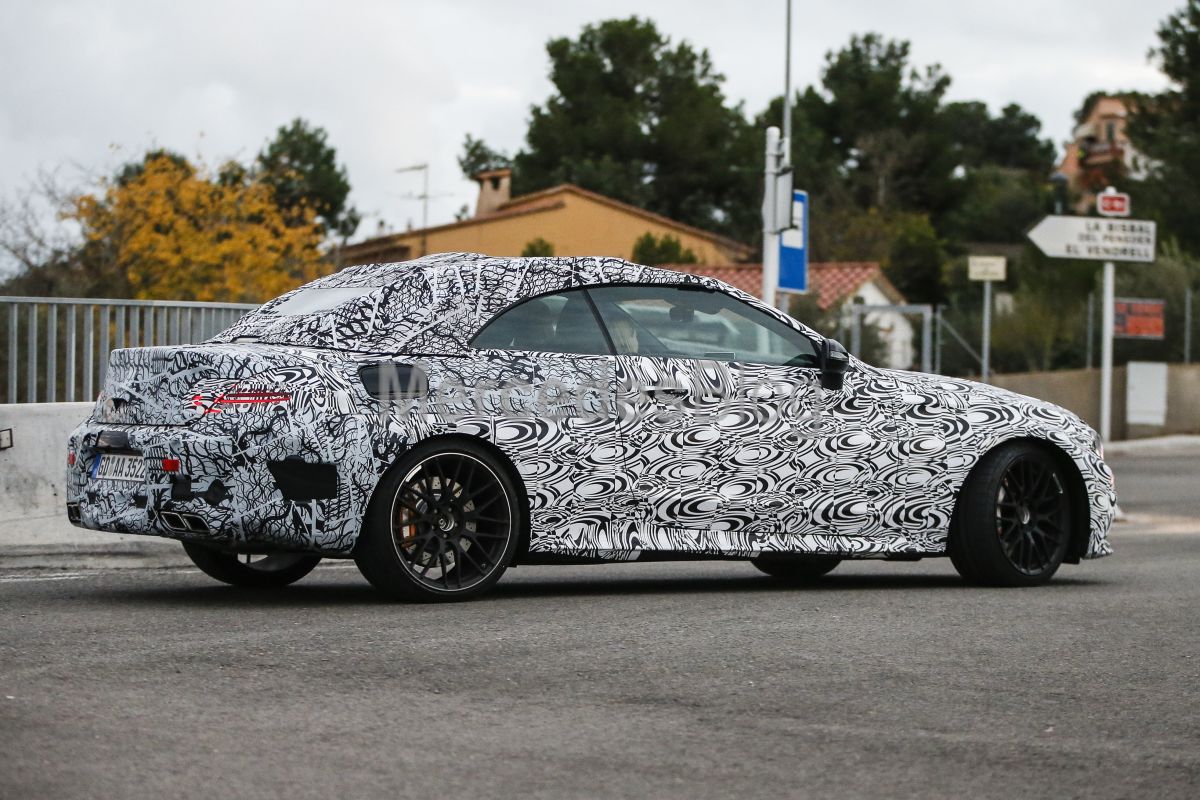 The range-topping Mercedes-AMG version, shown here for the first time, will be powered by the same twin-turbocharged 4.0-litre V8 petrol engine of the Coupe. Known under the internal codename M178 (M177 in the Mercedes-AMG GT), the AMG developed V8 features direct injection and two turbochargers revolutionary positioned between the cylinder banks and not outside. It comes in two flavors. In standard guise, the C 63 Cabrio will pack 476 hp and 650 Nm while in range-topping S model’s case it is set to develop a sturdy 510 hp and 700 Nm.

The only major difference between this and the 4-litre V8 on the Mercedes-AMG GT sportscar is the dry sump lubrication used on the latter, whereas the first sticks to the traditional wet sump solution.