Mercedes-AMG Brabus Invicto is the armored G oligarchs dream of

The first armoured creation of Brabus is a one-of-a-kind model: the Mercedes-Benz G-Class that now bears the name of Invicto, taking the tuning house to a whole new level.

Founded back in 1977 as a high-performance tuning company, specialized in Mercedes-Benz vehicles, Brabus goes into uncharted territories, creating the Invicto, the company’s first ever armored vehicle, certified for VR6Plus resistance class. 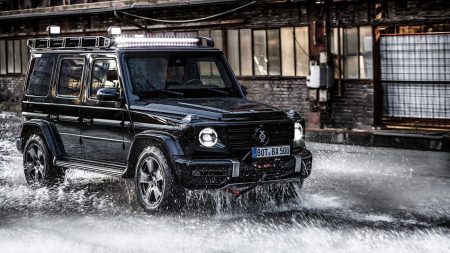 It may look like a car built especially for action movies, but it is as real as it gets. The off-roader features a so-called “shelter cell”, instead of the usual components of the protection system individually welded to the body. Therefore, there are no joints in the Invicto VR6Plus, as the material either overlaps or is designed as a labyrinth, thus eliminating any spot of vulnerability. 7.62 x 39 millimeter iron core projectiles, fired from ten meters, can be kept at a distance from the occupants.

For further protection from rifle assaults, the windshield frame is created with the help of a 3D printer. 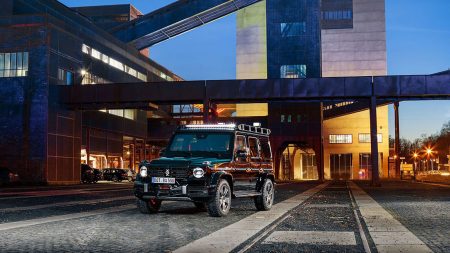 The front and rear axles have also been adapted to support the new mass of the vehicle, while the wheels feature a higher load capacity. The engineers also mounted specially developed wheel suspensions.

All future armored vehicles that come out of the Brabus workshops will come with the Invicto designation. The series production of the armored cars is scheduled to start in the first half of this year.

The king of tuning is gone: Founder and CEO of Brabus died