Renntech tuning house released a 600 hp Mercedes-AMG A 45. You read that right, 600 hp in a compact! Yes, this Mercedes A-Class is as powerful as a McLaren GT.

The Mercedes-AMG A 45 S is the most powerful compact sports car in the world. Its 2.0-liter four-cylinder turbo engine develops 421 horsepower, which is enough to top the Audi RS3 and its 2.5-liter five-cylinder engine with 400 horsepower.

Certainly, the all-new BMW M2 CS does even better with its 3.0-liter block of 450 horsepower. But is this BMW 2 Series Coupé with an M3 engine still really compact?

One thing is certain: the BMW can go and hide next to the new kit presented by the trainer Renntech. The German sorcerers have just launched on the market a set of technical modifications aimed at significantly increasing the engine power of the Mercedes-AMG A 45 S.

In addition to “modest” versions which only increase power to 468 or 550 horses, Renntech proposes to increase this maximum power to 600 horses all round.

The power of a supercar!
Yes, 600 horsepower all round is the power of a real supercar like the McLaren 600LT. We do not yet know how Renntech does it, or how such preparation can preserve the reliability of the small engine of only two liters (300 horsepower per liter, it’s huge!). There is only one picture (more of a teaser) of the Mercedes-AMG A 45 S available and Renntech will also communicate on performance and price a little later. 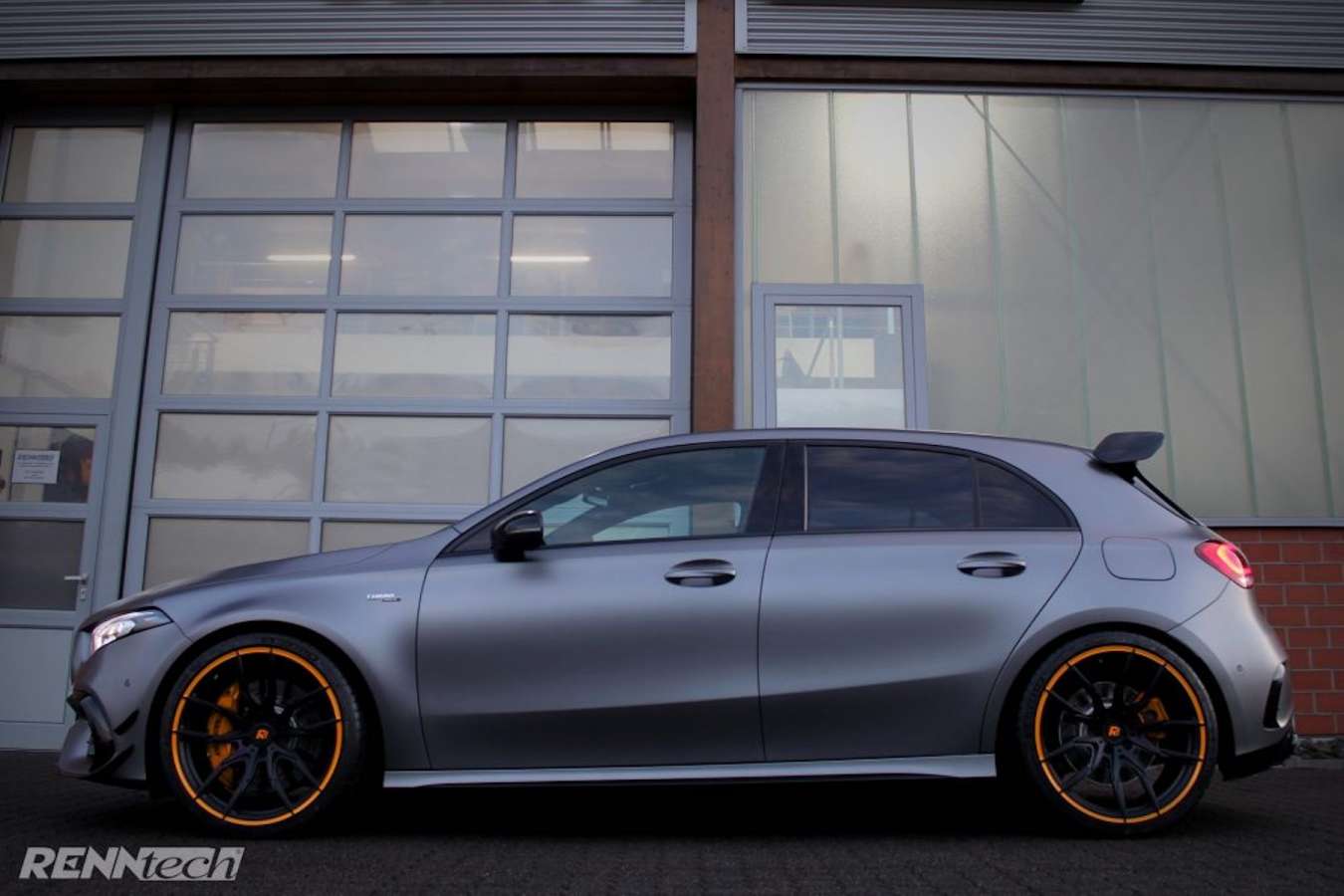