The illustrious 5.5-litre V8 bi-turbo AMG engine is set to join automotive history. The unit will no longer be installed in any of the upcoming Mercedes-AMG models from 2016.

Quick to fill its shoes is none other than the new 4.0-litre V8. It has debuted last autumn alongside the Mercedes-AMG GT coupe and has since also accompanied the new C 63 AMG.

Despite its smaller displacement, the 4.0-litre V8 engine is actually hiding more power potential than the old block, AMG engineers have revealed. Moreover, the new engine’s consumption is much lower, a hard to ignore feature these days. 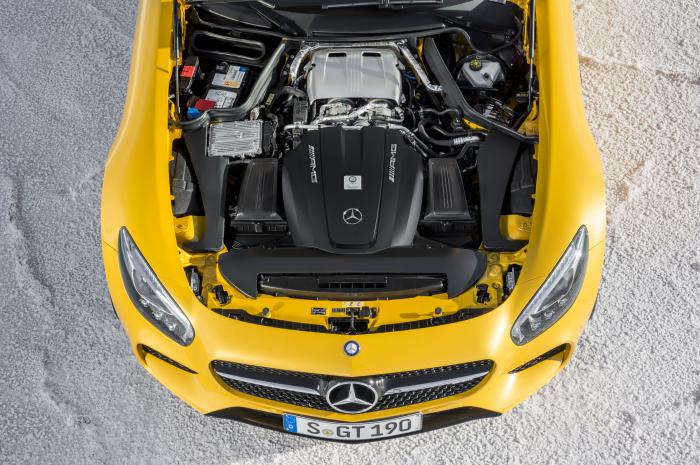 The 5.5-litre V8 engine – known under the internal code M157; debuted in 2010. Unlike its predecessor, the naturally-aspirated 6.2-litre V8, the block has not been developed from scratch by Mercedes’ performance division, heavily relying on the M278 V8 unit from the S 500 and CL 500.

One of the last Mercedes-AMG creations to be adorned by the venerable 5.5-litre V8 unit are expected to be the recently announced GLE 63 AMG Coupe and its upcoming GLE sibling.