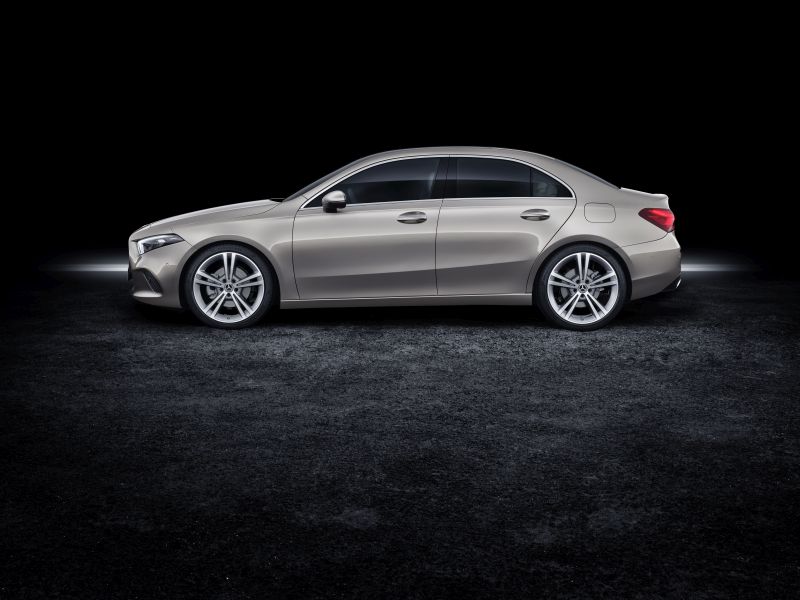 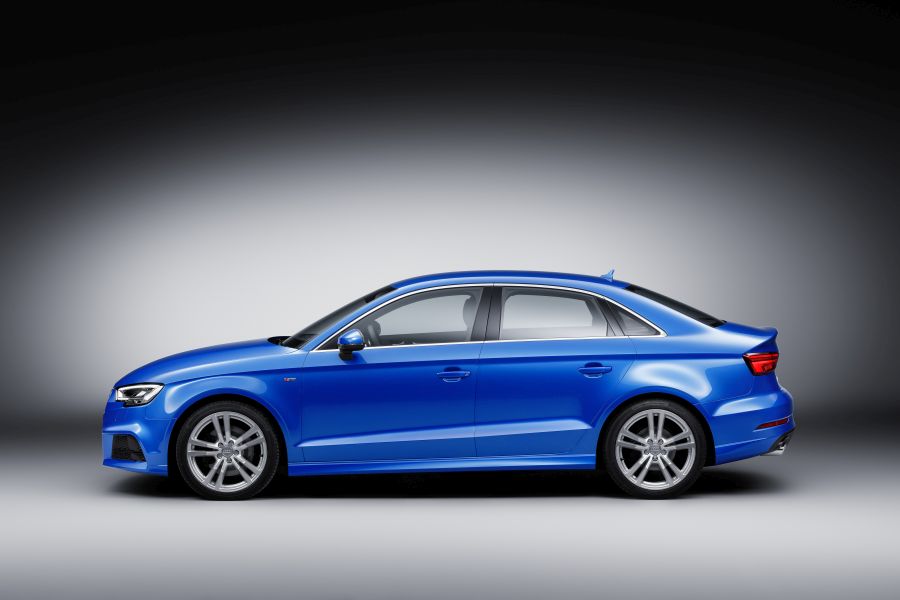 To avoid any confusion, there is a A-Class L Sedan presented at this year’s Auto China in Beijing in April which was developed exclusively as a long wheelbase version for the Chinese market and is also produced there exclusively.
And there is another A-Class Sedan with a standard wheelbase produced in Aguascalientes, Mexico and Rastatt, Germany for the American and european market.
The new A-Class Sedan will be sold also in the US joining the four door CLA coupe introduced in 2013. CLA Coupe was the first Mercedes compact car sold on the American market and more than 50% of the CLA customers were new at Mercedes.

The Mercedes A-Class Sedan will compete with Audi A3 Sedan on the european and american market.

Mercedes use intelligent the bigger length offering an almost 10 cm longer wheelbase: 2,729 mm compared with 2,637 mm for Audi A3 Sedan. So we expect a better knee space for the passengers taking place in the rear seats of A-Class Sedan.
Both cars has the same wheelbase like the hatch versions from which they are derivated.

There is almost equal match regarding the volume of the boot: 420 liters for Mercedes and 425 liters for Audi with front wheel drive and 390 liters for the quattro versions.
In Audi A3 Sedan the folding rear seats are split 60:40 as standard and 40:20:40 as option.

The Audi A3 Sedan come with the 12.3 inch TFT for the instrument cluster and with a 7 inch multimedia display for the optional MMI navigation and MMI Navigation Plus.

The new A-Class Sedan is available like in case of the hatch version with a standard 7 inch two displays for the instrument cluster and for the multimedia system. Optionally, the clients can choose the two displays with 7 inch for the instrument cluster and 10,25 inch for the multimedia system or the top MBUX system with two 10,25 displays.