Mercedes significantly revised the drive train and some engines and introduced a new entry-level engine for the A-Class, which is ideal for fleets. First test with the Mercedes A 200 d with double clutch gearbox 7G-DCT.

The Mercedes A-Class is a car that brought major changes in Mercedes. The new front-wheel drive MFA platform, but also the all-new concept that dismissed the sandwich structure, with the looks of a multipurpose vehicle in favor of a hot hatch style with a attractive design, boded well. Two of three A-Class customers had never driven a Mercedes before and the percentage is even higher than for the entire compact range, in which one in two clients is a new one client for the Mercedes brand. 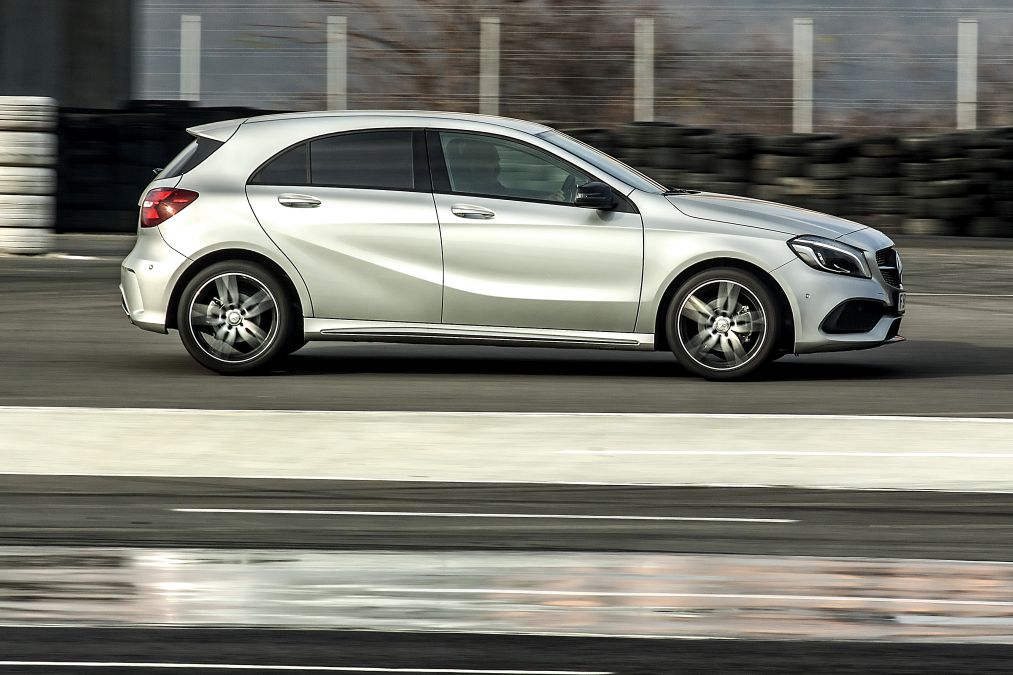 Only three years after launching the model, Mercedes revised the A-Class. The main focus of the facelift was the drivetrain. At the launch event in the fall of 2012, most of the expert media slammed the far too rigid suspension, a feeling that was only amplified by the rear frame rigidly glued to the body. It was the most rigid Mercedes I had ever laid my hands on. Only one year later, Mercedes revised the drive train, which became slightly softer, without losing its original sporty character so much appreciated by the young ones that purchased the car exactly for its design and sharp style. Back then, the slightly softer suspension only came as a temporary compromise, because right now, for the facelift, Mercedes is offering, for the very first time, an adaptive drive train in the A-Class. Just like in the BMW 1 Series, there is a switch – Dynamic Select – which allows adjusting the response of the steering, of the gearbox and of the engine in four separate modes – Eco, Comfort, Sport and Individual – and optionally, that of the suspension in the Sport and Comfort. Dynamic Select comes standard for all models with an automatic transmission, with all-wheel drive, with the AMG Line, in the A 220 d and in the A 250 Sport.

The adaptive suspension comes as an option for all variants, while the A 250 Sport and the A 45 AMG are equipped with the AMG Ride Control adaptive suspension. We drove an A 200 d, fitted with the AMG Line package, now including – among various others – sport seats with a length-adjustment of the excellently designed cushion, 18-inch alloy wheels (winter tires included) and a sports suspension lowered by 15 mm at the front and 10 mm at the rear. For the standard variants, Mercedes puts on tap a Comfort suspension or a Comfort suspension with lowered ground clearance. 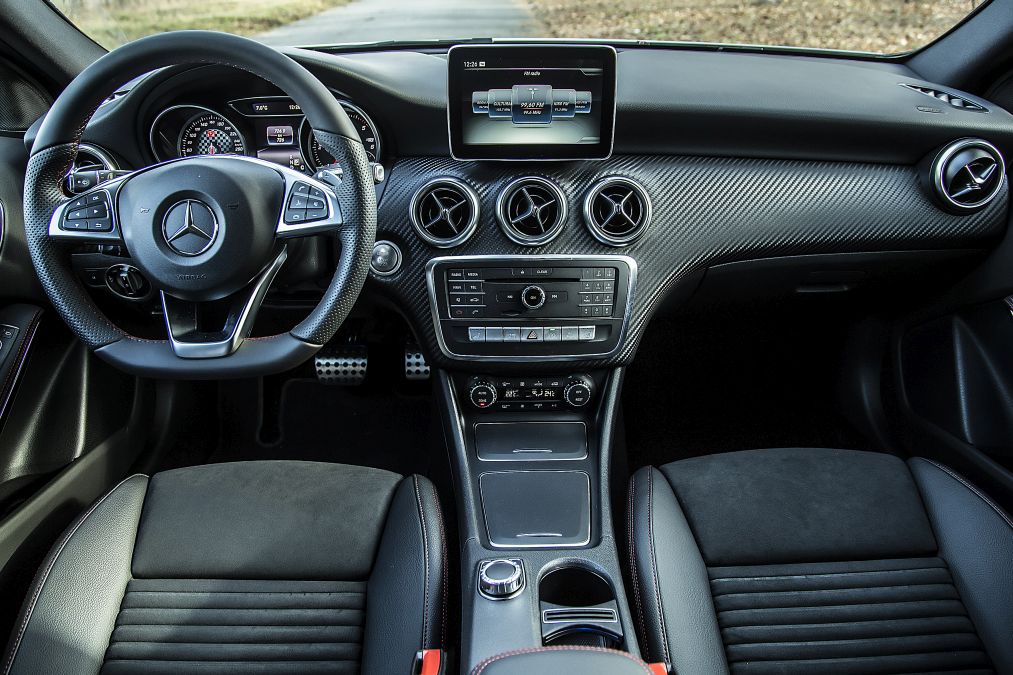 Even with the sports suspension and the low profile tires of 225/45, the A 200 d comes with a good compromise for the drive train, which still holds its sporty bias.

The body roll is low in corners and absorbing the shocks while passing short bumps is fair, even if the test car did not feature the optionally offered adaptive suspension. The sport steering in the AMG Line is sharp and the force sensed in the steering wheel is close to that of a sports car.

The A-Class stays an exciting car, but way more comfortable at the same time. The 2.2-liter turbocharged diesel engine overflows with torque and splendidly pulls in low revs, but does not ascend fast in revs and is quite unrefined. And it is proven, once more, that it is noisier than the stronger 170 HP version. The double clutch gearbox shifts smoothly and provides more comfort, but, despite the double clutch structure, it is not quite swift and has a moment of doubt when you kick-down it for a fast overtake.

On the outside, the design changes are discrete, while on the inside, just like in the B-Class, the new 8-inch display with the Comand multimedia system is now available. The A-Class is standardly equipped with the Audio 5 USB, featuring a double tuner, a 3-line display and a USB port, while the Audio 20 USB system with a 7-inch display is optionally offered (standard for the 250 Sport and the 45 AMG).

Mercedes reached the target after the facelift. With the new adaptive drive train, the A-Class is obviously more comfortable, but the driving stays equally exciting. The new entry-level petrol engine allows entering the Mercedes world for a lower price than before.