Mercedes 450 SEL W 116 helped establish the S-Class moniker as the first-ever Benz limo wearing the now famous designation. To honor its legacy, we decided to take a trip to the tallest ski jumping hill in Planica, Slovenia. Not alongside the real car, but with a 1:18 scale replica made by Revell.

The ‘S’ abbreviation for top-of-the-line Mercedes-Benz models had been in use since 1949. But now, the ‘S’ (not to be confused with the supercharged cars of the 1920s) had become the badge for an entire family of cars. In 1993, the nomenclature was extended to include other cars in the Mercedes-Benz range, beginning with the C-Class, E-Class, and G-Class. 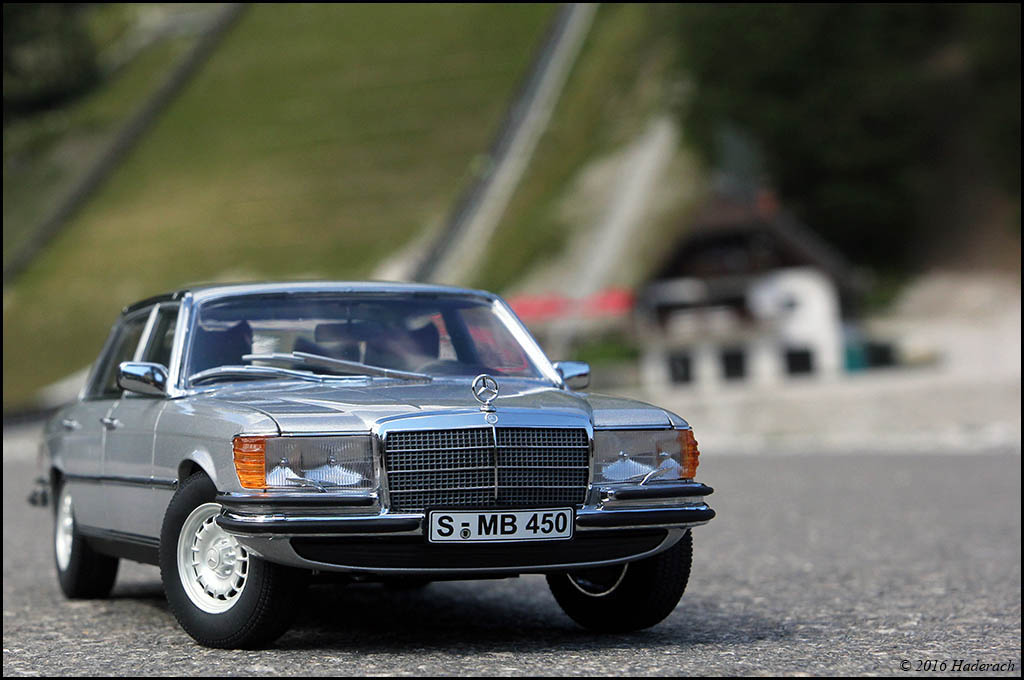 One noteworthy engineering innovation first featured as standard in the 116 series sedans was the double-wishbone front suspension with zero-offset steering and anti-dive control, as trialled in the C 111 prototype. This greatly improved how the vehicle handled and thus represented a significant advance in active driving safety. The rear suspension of the models with the 2.8-litre and 3.5-litre engines was more or less the same as the diagonal swing arm type that had proven its worth over many years in the W 114/115 ‘Stroke Eight’ models and which had also been in use in the 350 SL since 1971. The 4.5-litre models were fitted with a coupled-link axle – a specially designed version of the diagonal swing rear axle that prevented the vehicle rear from dipping when driving off and accelerating. 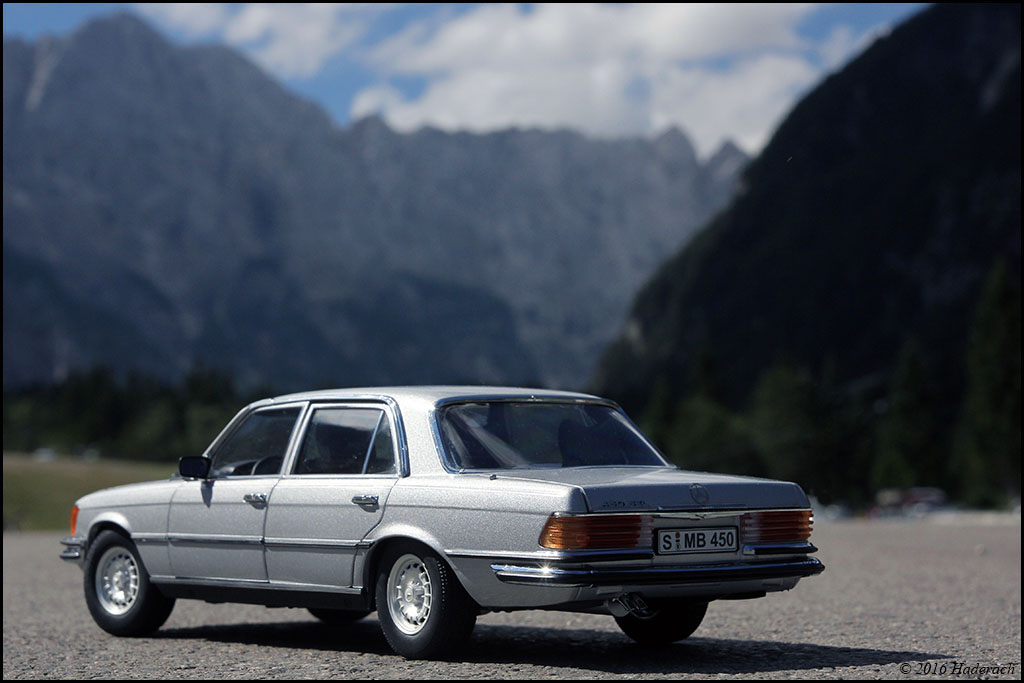 The ABS anti-lock braking system, an engineering innovation of significance that points the way ahead, was offered as a world exclusive in the S-Class sedans (model series 116) from autumn 1978. Developed in collaboration with Bosch, it ensured that the vehicle would respond fully to the driver’s steering action even in an emergency brake situation, thus making a vital contribution to active safety. The market launch of ABS was seen as nothing short of sensational at the time. Today, it is almost universally present across all segments and has been available even in small cars for many years.

Production of the various model series 116 was gradually phased out between April and September 1980. Of the 473,035 units built in this model series, the last vehicle to undergo final inspection at the Sindelfingen plant was a 300 SD. The most successful variant in the series has been the 280 SE sedan (150,593 units), compared with sales of 4,266 units for the 350 SEL model. The 300 SD, made for the North American market, sold a total of 28,634 times. 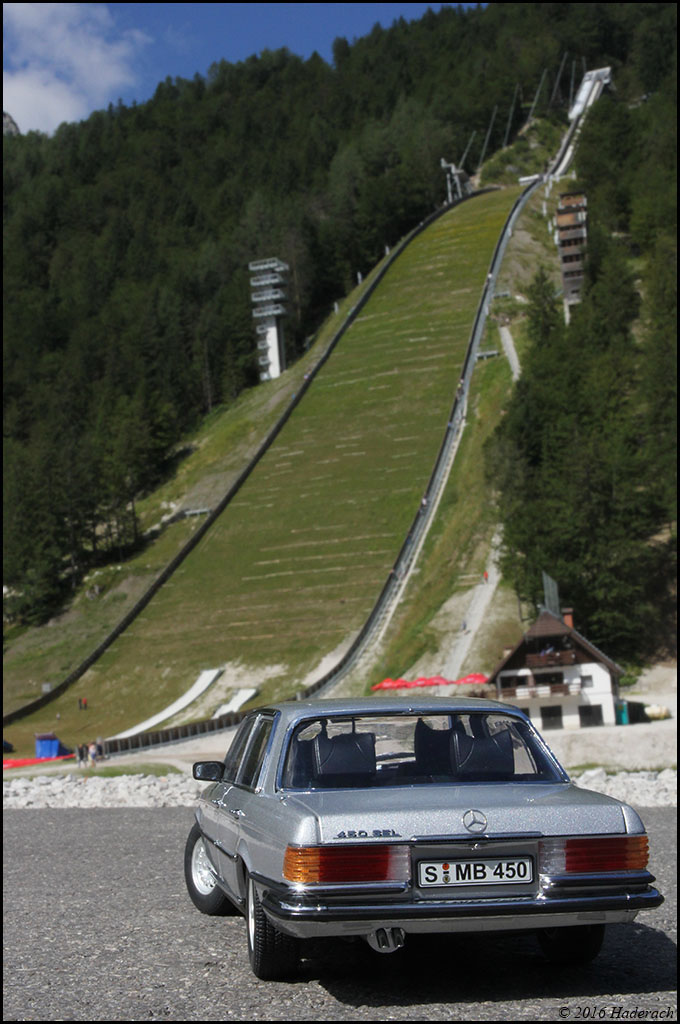 Pictures come courtesy of diecastxchange.com member Haderach. In the background is the ski jumping hill in Planica, Slovenia, where the world’s longest ski jumps are made. The discipline is actually called “ski flying”, which is essentially an ‘extreme’ version of ski jumping. Planica is also a nice tourist destination in the summer season, so it could be a good idea to check your schedule.