Mercedes-Benz EQS Vision study model was revealed at the Frankfurt IAA motorshow as the harbinger of a fully electric flagship. Now we get to see the interior of the production model.

Mercedes-Benz will introduce the EQS all-electric luxury sedan in 2020, which should become the flagship of the new EQ series. The sedan belongs to the segment of the S-Class, but is not just an electrified version of it. The new electric sedan will be based on the MEA platform (modular electric architecture) for vehicles with pure electric propulsion systems, instead.

The latest spy pictures published by Carscoops.com show the luxurious and refined interior of the electric premium sedan with a floating-look dashboard which looks downright futuristic. The entire center console is livened up by a truly gigantic touchscreen, a layout expected to debut in the next generation S-Class too.

2020 Mercedes S-Class: Is this the interior of the all-new luxury flagship?

The center screen is, just like with the Tesla Model S, placed vertically, while the digital instruments are projected to a screen that is now a separate element.

In the EQS Mercedes plays the benefits of the electric drive: two electric motors sit on the axles and the batteries are housed under the floor for more space in the interior. The power of the drive is scalable.

In concept guise, the Mercedes-Benz EQS developed 350 kW and 760 Nm of torque, with the ability to reach 100 km/h from a standstill in less than 4.5 seconds. The show car offered a range of 700 kilometers, according to the WLTP testing cycle, with a charging performance of 350 kW for its 100 kWh-capacity battery. The production vehicle, due to roll off the production line in Sindelfingen in 2021, could have a range of at least 500 kilometers. 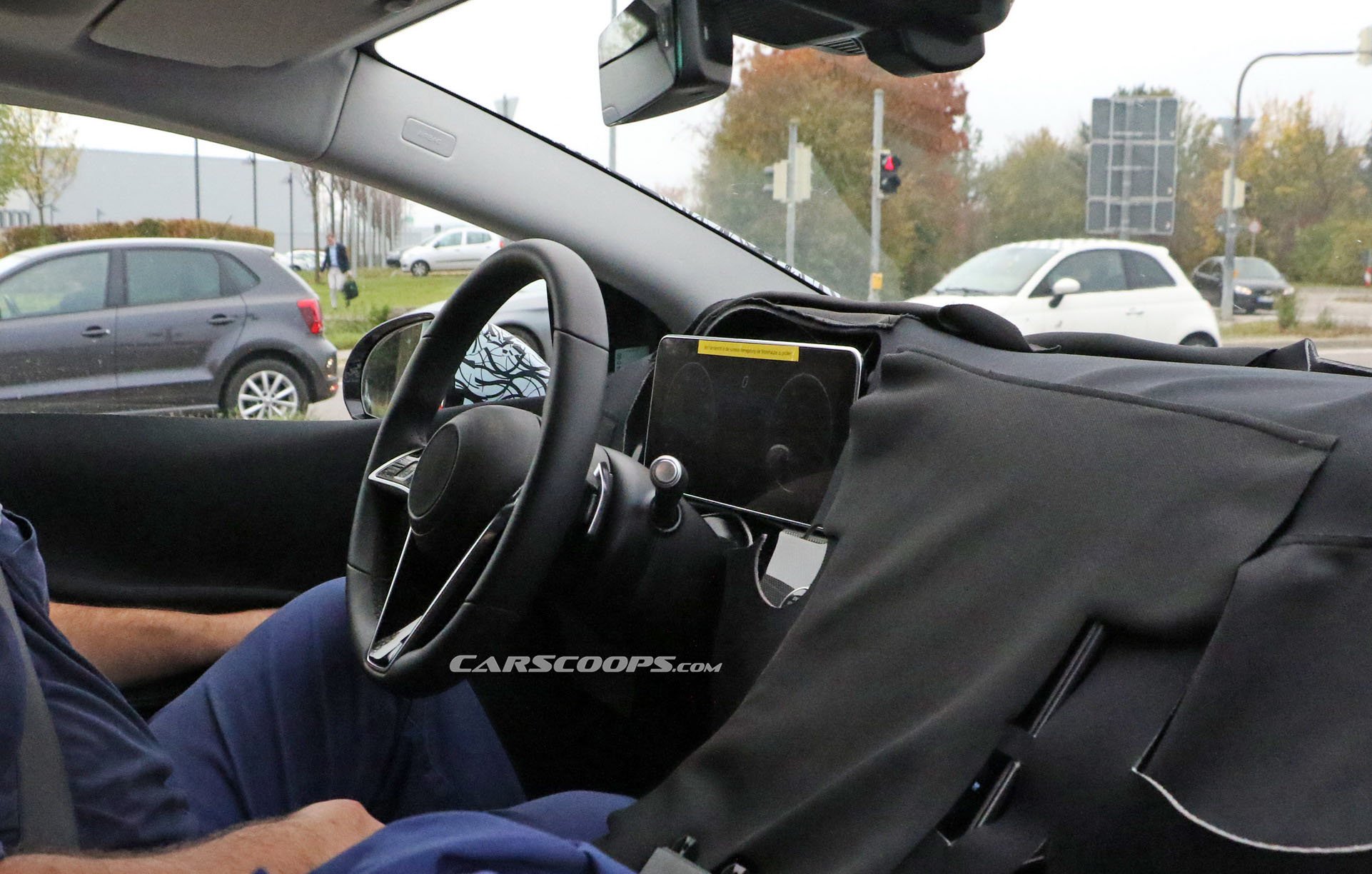