Meet the robotaxis! How do they look and where will they operate?

Elena Luchian, December 2, 2019
1.09K 0
Home Auto news Meet the robotaxis! How do they look and where will they operate?

Robotaxis will soon be delivered and will start operating within a pilot program set to last for several months. The destination is going to be California, a state where the local legislation allows autonomous driving.

Daimler has announced that 10% of the management will be dismissed and the company will redirect their financial resources towards the research and development of the electric driving and autonomous driving. It has reportedly started the delivery of the robotaxis to big cities of California. 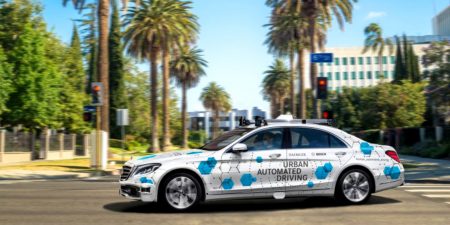 Daimler developed the technology in partnership with the tech giant Bosch. The autonomous fleet is made up of approximately 30 vehicles, most of them S-Class sedans. The luxury cars are equipped with LiDAR sensors, capable of high-range detection, and video cameras that identify the road conditions and transfer the date to the car system.

Mercedes-Benz gets approval for driverless parking without human supervision

The American media reports that the cars are set to be delivered, for the beginning, to big cities on the Western Cost of the United States, where the legislation allows autonomous driving. All is being carried out within a pilot project, set to be carried out for several months. 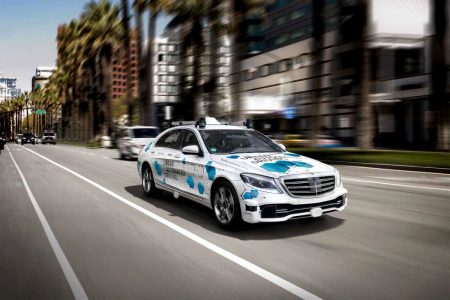 Even if the car is capable of driving itself, from safety reasons, the presence of an operator behind the steering will remains mandatory at all times. The operator must be ready to take control whenever necessary and the system allows him to override the autonomous system.

Mercedes-Benz has already tested its autonomous driving technology on public roads in Stuttgart and in the parking garage of the Mercedes-Benz Museum located in the city. Things will be totally different this time, since no Daimler, nor Bosch employees will be onboard, just passengers willing to reach a certain destination within the city.

Last year, Mercedes also revealed a lighting system especially designed to provide information to others in traffic. Other drivers or pedestrians will know when the car reduces speed or is ready to move.