The legend’s official designation was 220 SE. But as every Benz fan knows all Mercedes models, including the E-Class, are more easily recognizable in reference to their internal codes. The Strich-Acht didn’t get such a code, though, until  1972, when the four-door model was called for the first time the W 114. One year earlier, BMW has brought to the market the 3.0 Si with fuel injection and 200 hp. The 185 hp 280 E catapulted Mercedes within hailing distance of the Bavarian rival, in a price slash performance segment that was previously reserved for the S-Class.

With the enchantingly elegant lines and clear four-door silhouette, the rather understated Strich-Acht has nothing else in mind than pure luxury and comfort. Even so, it reached the 100 km/h mark in less than ten seconds on its way to a maximum speed of 200 km/h. Mercedes resisted the temptation of giving the Strich-Acht the lowered ground clearance, rally stripes and matt black bonnet so loved by Ford and Opel back in the days. There is not even a tachometer in the reputable Stroke Eight. Except for the addition of a speedometer and the fine wooden decor, the interior is hardly that of a base W 114. 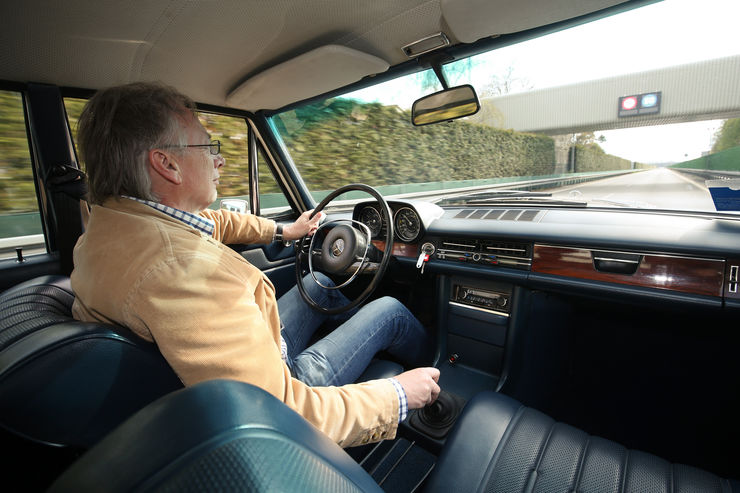 Big on comfort and sound, but little on bite

Anyone taking a seat on the crumpled, content free driver’s armchair today, can experience the real touch of a gentleman’s flair provided by the panorama offered by the long, endless bonnet, butterfly wipers and the angular fenders. At startup, the 2.8-liter six-cylinder engine responds with a sonorous rumble, but without any real bite. It is enough to overcome the resistance of the accelerator pedal and the fear of high speeds in order to bring the 1.5-ton limousine to the desired pace. And hardworking is implied by the four-speed manual gearbox as well – the first owner saved the 1,443 Marks asked for the automatic. 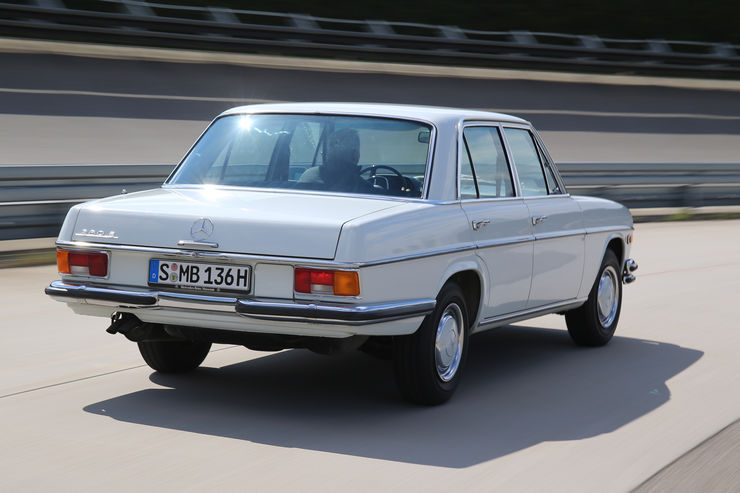 The 571,65 Marks for the power steering weren’t paid either. Yes, even with its rather steep original price of 20,535 Mark, the expensive top model had to be loaded with lots of expensive extras to befit its luxury aura. But except when attacking tight corners, the steering is not difficult to rotate, particularly as the indirect ratio and the huge steering wheel keep the effort within reasonable limits. Otherwise, the relatively precise and surprisingly comfortable suspension with toe and camber constant semi-trailing arm rear axle acts well, even by today’s standards. 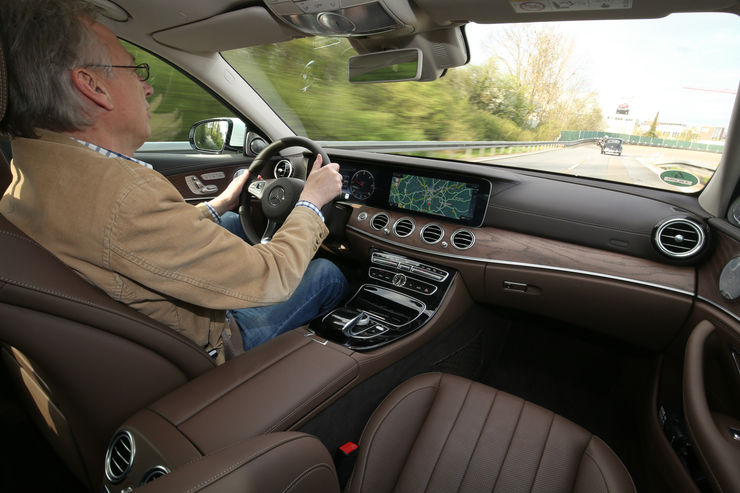 With the 2,261-euro air suspension the latest E-Class floats like a magic carpet, but surprisingly it is not much more supple than its forebear, and the considerable increase in wheelbase and length has little impact on interior room. In addition, the clarity of old is gone. Now, the infotainment, phone and assistance systems serve their arsenal – with every imaginable finesse, but more clutered too.

On the whole, in terms of safety, driving dynamics or driving comfort, the E-Class of today plays in another galaxy than its ancestor. A braking distance of 35.9 meters (from 100 km/h) and more than 500 hp for its top engines was hard to imagine back in the 60’s. The four-cylinder diesel, although it has more power than the Strich-Acht, burns less than a third of the fuel the 280 SE W 114 asks for. 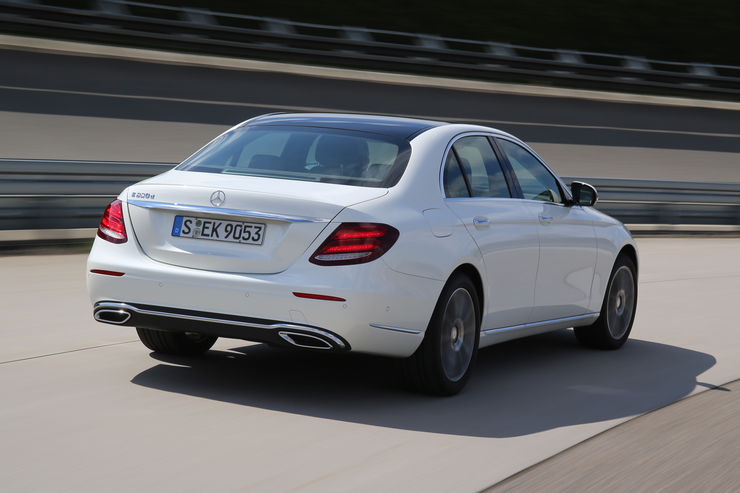 Design, technology may come and go, but the concept of a ​​quality car for the large segment is intact.