This is it, the F01 W07 Hybrid built by Mercedes AMG PETRONAS. This is the car to beat this season, the racer that won every race but three last season. The design details revealed in the official photos might make the difference between the champions and the rest.

This is the new F1 W07 Hybrid racer, that was first put through its paces in UK at temperatures way below zero degrees Celsius. With new regulations coming into effect this season – affecting tyres, safety and sound – the Mercedes-AMG engineers had to fight a revolution every day.

There is no room for errors at 300 km/h, during a record-length season with rounds going round the world in nine months. “Our objective is excellence in all areas, and, while we had some fantastic results last year, there are many areas in which we can still be much better. That’s the kind of culture we try to instill throughout the whole organisation – one of constantly striving to reach something better”, says Paddy Love, Executive Director for Mercedes AMG PETRONAS Formula One team. 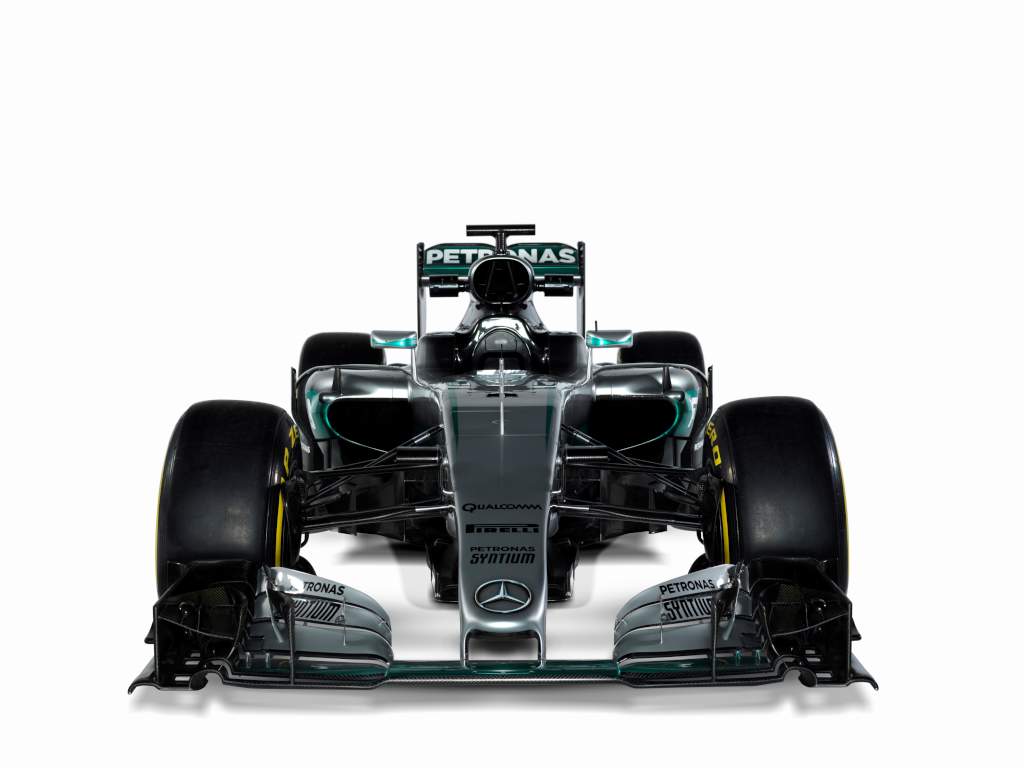 The Mercedes F1 W07 Hybrid already had its first shakedown at Silverstone, but will the racer will officially hit the racetrack in Spain on Monday, hoping to beat last year’s record: the drivers’ World Championship title together with that of the Constructors’, after winning every single race of the season but three.

The first onboard video showed up yesterday with the runner up Nico Robserg behind the wheel and confused the viewers who assumed it was nothing but a video game, and Nico’s voice was that of an actor.

The world champion Lewis Hamilton himself has made a brief presentation of the brand-new W07 Hybrid and compared it to his previous cars in Mercedes AMG PETRONAS.

The official photos and video show a reworked paint scheme, wider side mirrors and refined aerodynamics. As for the figures, stay tuned!