Since 2011, a McLaren-Mercedes SLR supercar has been gathering dust in an impound court of the Czech police. This is a sad fate for the supersports car that once used to give Porsche and Ferrari the chills.

Moss at the stern, the grass winds through the turbine wheels. In the Czech Republic, a Mercedes SLR McLaren (2017 value: about 350,000 euros) rots in open air. The exclusive supercar has to wait on the grounds because of a hitherto economical (still unexplained) crime.

In the event that the authorities clarify the offense, the SLR is likely to be auctioned at a police auction. Under the hood, a 5.4-liter V8 which normally mobilizes 626 hp. From 0 to 100 km / h it goes in 3.6 seconds, top speed maxing out at 337 km / h. It is questionable whether the car can still retrieve these values. Over the years, wind and weather, as well as flora and fauna, its technival virtues may have passed with serious repair work in store. 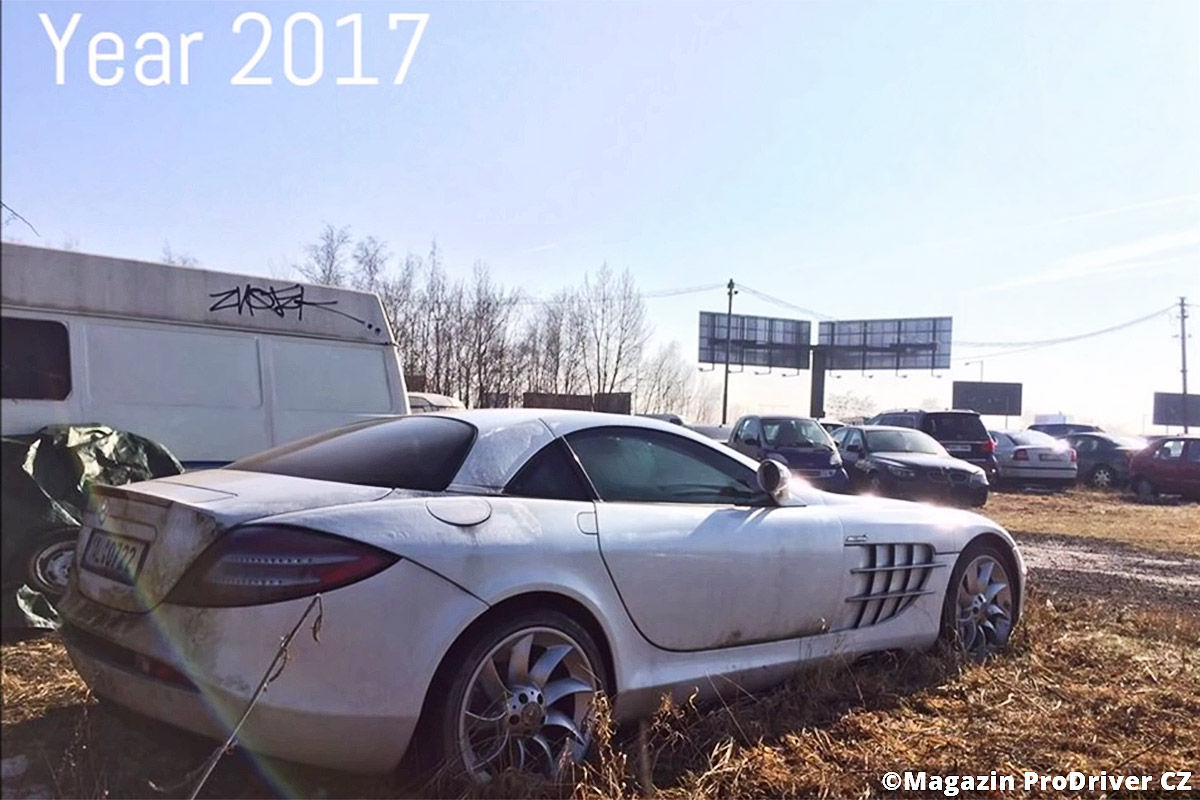 The sad story of the SLR is not unique. Recently, the Swiss authorities have confiscated the extremely exclusive supercar collection of a third-world potentiary because the authorities accuse him of money laundering. Ferrari 599 GTO, Ferrari Enzo, and Bugatti Veyron, Lamborghini Veneno and a Koenigsegg One: 1, the Swiss police confiscated at Geneva Airport in early November.

Teodoro Obiang Nguema Mangue, vice president of the African state of Equatorial Guinea and former owner of the supercar jewels, will never get back his favorite cars which currently rot in a police warehouse. The cars have a value that can hardly be estimated, only the Koenigsegg One: 1, one of only seven, is worth 2.8 million euros.

The authorities detained the Obiang fleet shortly before its planned departure from Switzerland. It is unclear whether the previous supercar owner was allowed to leave the country. It is clear that he is an undesirable person in the US and France.