Mark Wahlberg meets the Mercedes-AMG One. Is he a future owner?

Actor and producer Mark Walberg has just met the Mercedes-AMG One at the Mercedes headquarters in Atlanta, Georgia. From his reaction, it seems that he is one of the few that will be getting the hypercar.

Only 275 lucky people will get their hands on the Formula One-powered hypercar and it seems that Mark Wahlberg is one of those who pay €2,75 million to get the vehicle in his garage. Rumor has it that Formula One World Championship title holder, Lewis Hamilton, and former World Championship title holder, Nico Rosberg, are also on the super-exclusive list of future owners.

The car displayed in Atlanta, Georgia, with a silver and black paint scheme, is one of the many used by the company for show. It does not feature a running powertrain. The actor though seemed highly impressed: “Well worth the wait”, he says. 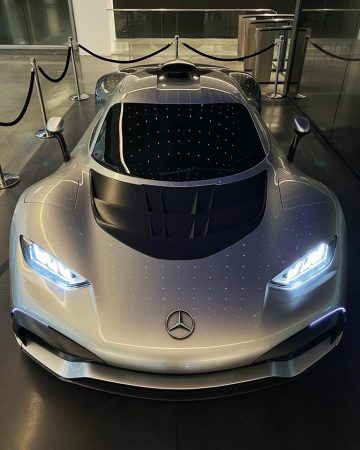 The 48-year old Hollywood star will soon be driving the over 1,000 horsepower hyperbeast, that flashes from a standstill to 62 mph in less than 2.9 seconds, reaches 124 mph in less than six seconds and hits a top speed of 217 mph.

Academy Award-nominee for Best Picture with the motion picture “The Fighter” in 2010, Mark Walhberg also mentions, while discussing with a Mercedes representative, that he is yet to be fitted for his custom seat. 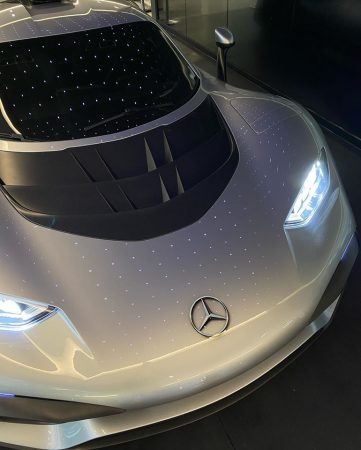 The Mercedes-AMG One was revealed in 2017, given the name of “One” a year later and eventually scheduled for delivery in 2019. But a series of backsteps, reportedly related to the compliance with the new emissions regulations and the difficulty a setting a Formula One power train into a road car, have led to massive delays. Therefore, deliveries are now scheduled to be completed until 2021.

The first-ever Mercedes-AMG hypercar is set in motion by a system comprising of a 1.6-liter V6 engine and an electric motor that will deliver together over 1,000 horsepower.

Mark Wahlberg Checks Out The Mercedes-AMG One