Compared to the 4×4² variant, a normal G 500 looks almost like a Smart. If that is not extreme enough Mansory can turn the G into a carbon monster, titled Gronos Black Desert. Carbon Terrain Monster in the driving report.

The Mercedes G500 4×4² is one of the more eye-catching vehicles you’ll see on the road. An even bigger eye-catcher is the same off-roader after Mansory installs a comprehensive carbon fiber package. With a wide-body kit Mansory dresses the extreme SUV in a new martial look. The massive mudguards as well as the side skirts make the model grow in width. In addition, the front bumper has been revised with a revised underrun protection, as are the front headlights and turn signals, which are embedded in new recesses. In addition, four auxiliary lights are used on the roof. For the desert look Mansory installed more visible Carbon parts. 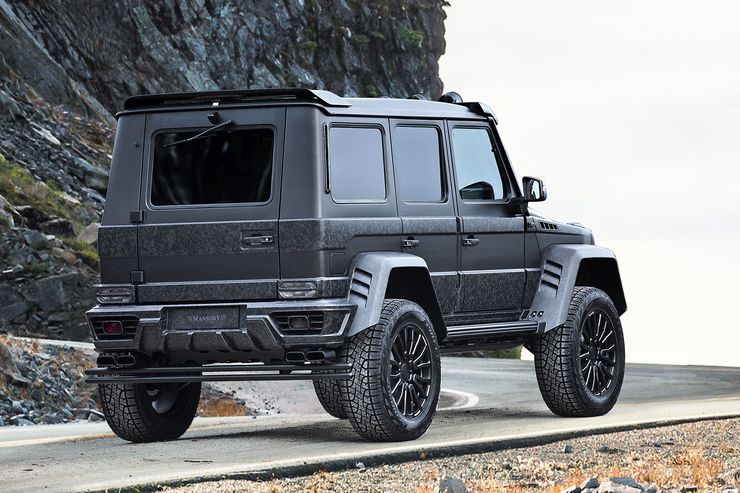 But not only visually, the Mansory Gronos Black Desert should stand out. Thanks to new engine management and a sports exhaust system, the four-liter twin-turbo V8 was strengthened by 63 hp and 100 Nm. The production model G 500 4×4 offers 422 hp and 610 Nm of torque. Of course, the Mansory rides on special forged wheels and receives in the interior a complete overhaul.

The dashboard has been redesigned, the rear seat replaced by single seats. Again, carbon parts are used everywhere. In the front, the tuners installed a sports steering wheel with integrated carbon inlays and aluminum pedals. The interior was also upholstered in leather and fine carbon fabric. Car body embroidered logos, decorative stitching and leather complete the finishing package. Special gadget: an automatically extending step, which is to facilitate the entry and is jokingly referred to by Mansory as “Stairway to Heaven”. Well, if that does not sound inviting. So, get in, please. 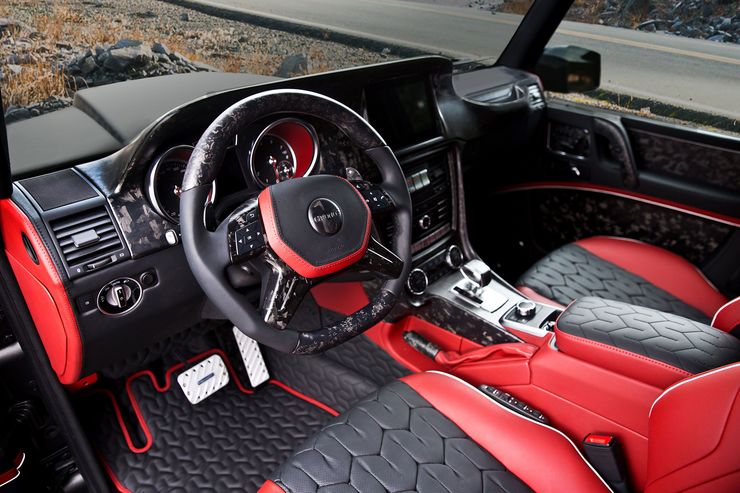 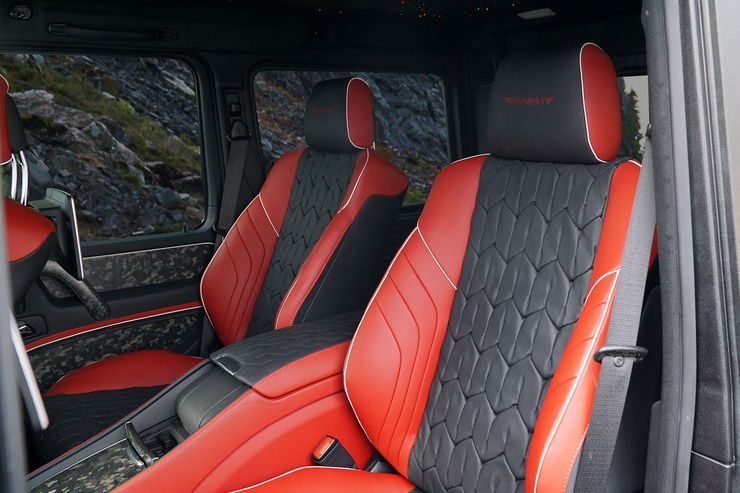 The first meters on public roads feel strange; you are practically at eye level with truck drivers. The fact that the Gronos is just as wide as a 40-tonne semi is because the Wide Body Kit does not make it any easier to circle. Encouraging, on the other hand, is that the Mansory conversion hardly sways more than a normal G-Class in sharp turns. Thanks to map optimization and friendly exhaust system, the standard four-liter V8 Biturbo is strengthened by 63 hp and 100 Nm. Three differentials – one in front, one in the back and one acting as a central transfer case with active locks – distribute the 710 Nm to where you need it the most. Thanks to the portal axles of the Unimog, even large boulders are not a serious obstacle to the three-ton colossus. Insurmountable seems only the price: Mansory requires for tuning practically the base price of the 4×4². Total price: 464,100 euros. 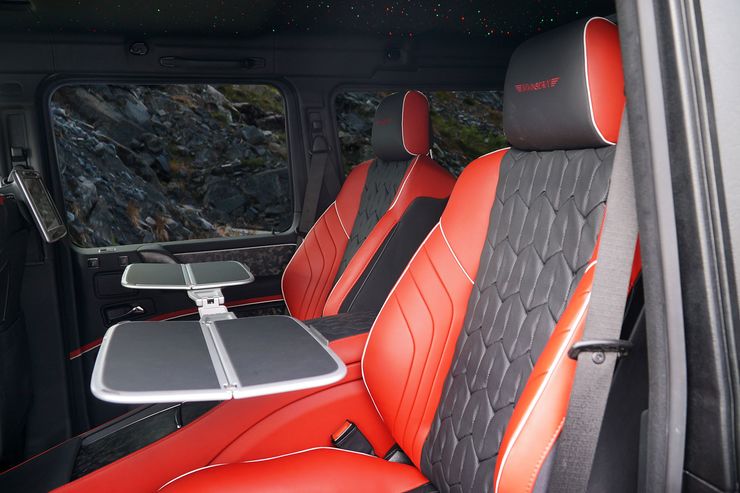