MANSORY, the world famous tuning house with an apologetic sounding name, is doing its thing again with the Mercedes-AMG S 63 Coupe this time, naming it DIAMOND EDITION.

After they’ve had their ways with the AMG S 63 limousine, nothing was standing between them and the newly launched Coupe version. The product of this transformation was shown to the whole world during this month’s Geneva Auto Show, an event well known for the weirdly tuned cars on show.

This translates into some absurd performance figures: 0-100 km/h comes in 3.2 seconds while the top speed needed to be electronically limited to 300 km/h (186 km/h). If this isn’t fast, then go back in time no more than 10 years and tell that to the average supercar owner. 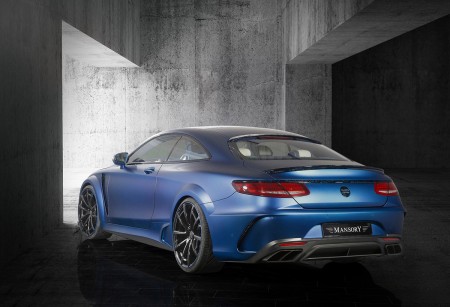 All this sound jolly well, but MANSORY did not limit their intervention to the underneaths of the car – oh, no. They delved deep into the outside too, changing every piece of body they could lend their hands on. The hood is different, the front spoiler is new, the side skirts have been tinkered with and the rear of the car has been thoroughly changed. Still, the car doesn’t have that over the top look many old MANSORY creations did.

It actually looks quite appropriate to its dynamic stats. It also sounds the par thanks to an in house new stainless steel exhaust system. MANSORY offers a large selection of light alloy wheels which vary in both size and design, going as high as 22 inches in diameter. 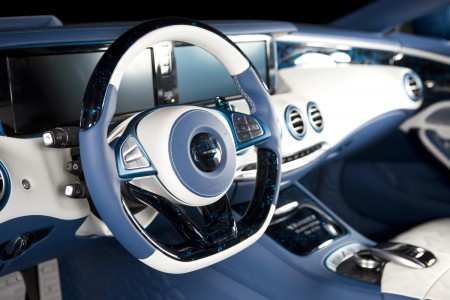 The interior also has some bespoke touches, but we’ll leave their uncovery to you. Hint: they’re not exactly subtle.

MANSORY offers all this as “a package” for your recently bought Mercedes-AMG S 63 Coupe. The price? On request. So go buy an AMG S 63 Coupe and then request away.