Mercedes-Benz JuniorCup is one of the world’s best Under-19 indoor football tournaments that was initiated 25 years ago and this year, Manchester United team won the title.

For over a quarter of century, young talents have proved their skills. This year, more than 10,000 spectators will be entertained by the spectacular performance of these young football players, ensuring a great atmosphere. 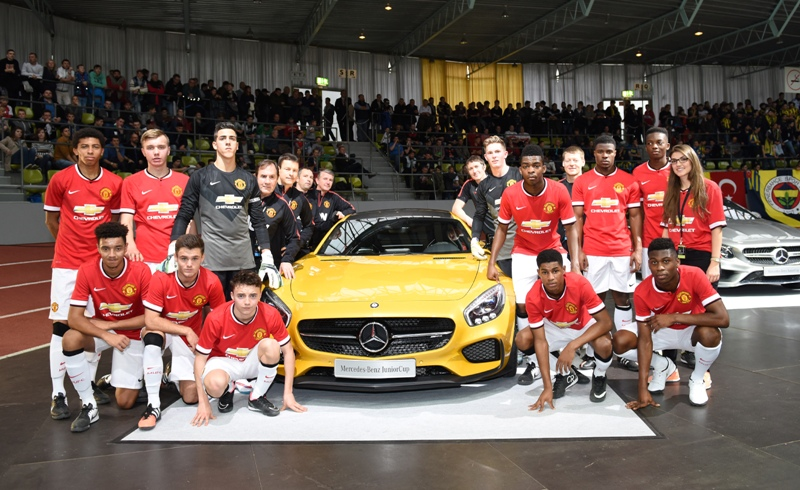 The entire Under-19 competition took place over the weekend, during 3rd-4th January, with eight teams participating, four of which were from the host country, Germany – VfB Stuttgart, Schalke 04, Borussia Mönchengladbach, TSG 1899 Hoffenheim, Manchester United, Fenerbahce Istanbul, Grasshoppers Club Zurich and Celtic Glasgow – have determined the winner –Manchester United – during 3rd and 4th January 2015 in the Glaspalast in Sindelfingen. Manchester United goalkeeper Joel Castro Pereira became a hero as his penalty saves ensured the victory for Man Utd and sealed their Mercedes-Benz JuniorCup title.

Thomas Schneider still remembers the first edition of the tournament, even if it happened 25 years ago.  “Even back then, the conditions resulting from the wraparound perimeter fence, the artificial turf and the large field were extraordinary”, said Schneider. During his tournament visit last year, he was able to convince himself of the increased quality. “During the past 10 years in particular, youth soccer has considerably developed.”

More than 10,000 spectators ensured a great overall atmosphere on both tournament days. Some of the famous spectators were Andreas Retting, managing director of the German Football League, Oliver Bierhoff, team manager of the Germany national team and former german players such as Guido Buchwald, Andreas Hinkel and Olaf Thon.