Make way for the Uhlenhaut Coupe!

Paper planes! That’s the best way to start a lesson about aerodynamics. The night guard at the Mercedes-Benz Museum is going to be our tour guide again and our teacher. Let’s attend his lesson!

Forms, shapes and futuristic designs. This is what today’s lesson is about. Uke is our teacher for today.

The Mercedes-Benz C 111 – this is how the future looked like in 1969. With an arrow-shape exterior made of fiber glass, just like a surf board, the C 111 was, like most of the Mercedes-Benz models, way ahead of its time. When it was first introduced at the Frankfurt Motor Show, people were delirious. The very rich started sending blank checks to Stuttgart, demanding one, no matter the price.

But unfortunately for them and for the automobile history, the C 111 never made it to serial production. 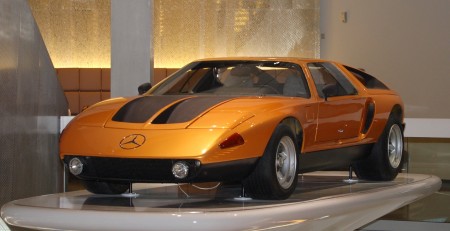 The rich of the world sent black checks to Stuttgart, offering to buy th Mercedes-Benz C111.

And speaking about aerodynamics, Uke can’t go any further without mentioning the masterpiece of design, the 1938 Mercedes-Benz 540 K Streamliner. The body of the car was made not of steel, but of aluminium, which was absolutely groundbreaking at that time! Shaped from front to rear to allow the air to flow perfectly over it and to offer as little resistance as possible to the wind, it reached the top speed of 185 km/h. 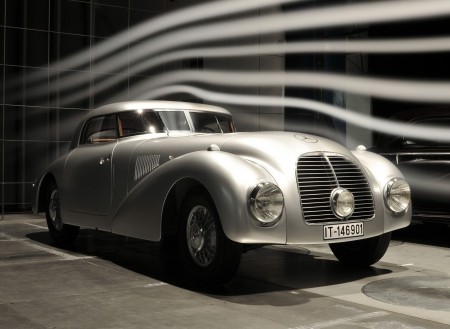 And Uke has quite a story. Rudolf Uhlenhaut, the head of testing at Mercedes-Benz, was running late for a meeting in Munich. But no worries. He was traveling by a rocket: the 1955 Mercedes-Benz 300 SLR Uhlenhaut Coupe, with 300 HP. The ride from Stuttgart to Munich takes 2 and a half hours, even today. He stormed up the autobahn and reached his destination in just over one hour, behind the wheel of the iconic 2-seat sports car, capable of reaching 290 km/h (180 mph). the Uhlenhaut Coupe became the fastest road car of its time.

Stay tuned for next week’s episode, when Uke’s bringing a special guest. Can you guess who? We’ve gone out of our way to find out and still it remains a secret.