The B-Class had a crucial mission in autumn 2011: to open the path for new generation of Mercedes compact cars based on the new MFA platform (Mercedes Front Antrieb). On the other hand, the new B-Class not only replaced the old B-Class but he had to address also to the former owners of higher  A-Class, based on sandwich platform. The old A-Class was very much appreciated by seniors due to very good access and high driving position. And B-Class was very successful registering more than 350,000 sales since launch in October 2011.

After three years Mercedes decide that is the time for a facelift and modifications are important in every direction. 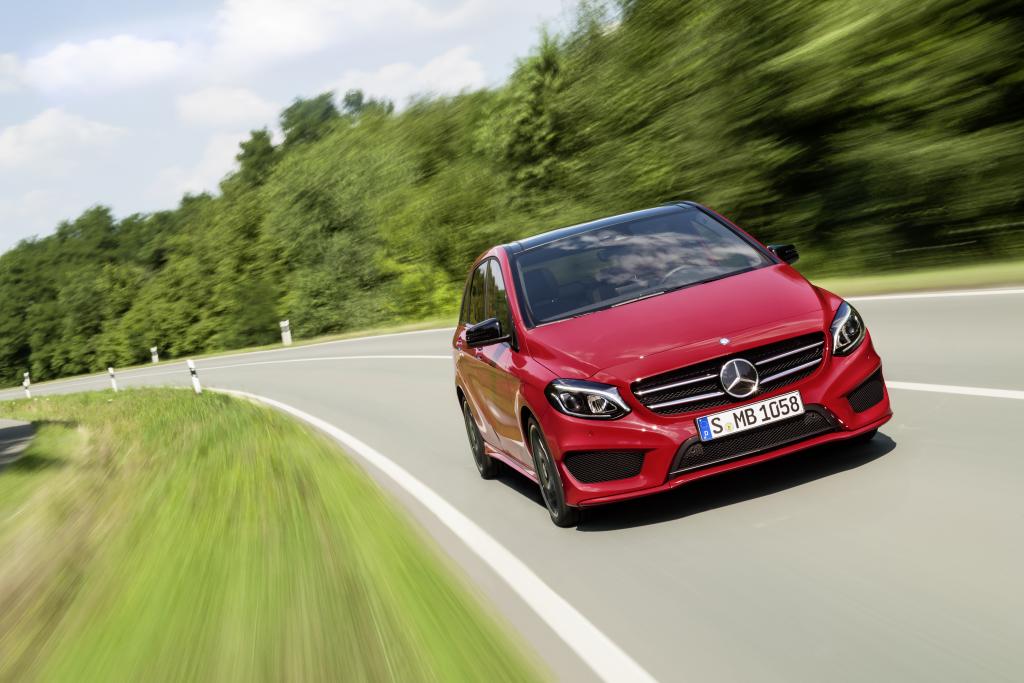 From the front, new B-Class has a new bumper and a wider radiator grille with two louvers. The integral daytime running lights are now integrated in the headlamps. The rear bumper has also been modified and now features a contoured covering and an additional chrome trim strip. Optional, Mercedes offers LED High performance headlamps (not available for B-Class Electric Drive and Natural Gas Drive).

At the interior , the main news is the larger free standing display with a diagonal up to 20.3 cm (8 inch) instead of 7 inch in the past and the stylish dial layout for the instrument cluster. There is also a choice of 12 colours for the ambient lighting.

The equipment lines are completely new and were adapted to the logic from A, CLA and GLA. Old packages Chrom, Sport, Night and Exclusive were replaced by Style, Urban and AMG Line and above them, Night, Exclusive and AMG Exclusive Packages provide more options for individualizations. New is also Keyless-Go facility offered as an option. 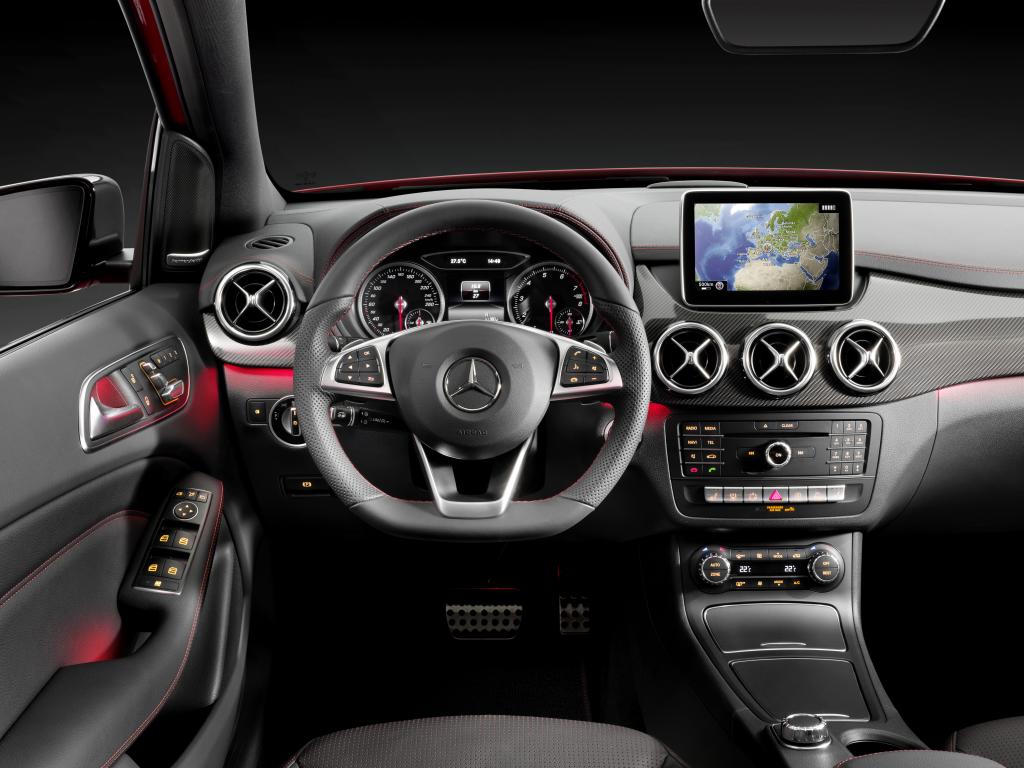 In the engine range, the most important modification is the cancelling of the 1.8 litre turbodiesel engine from the former B 200 CDI. Now, B 200 CDI is powered by the well known 2.1 litre turbodiesel and deliver the same 136 HP like before. The B 220 CDI deliver now 177 HP, a plus of 7 HP.

The diesel range promises a very low fuel consumption with values ranging from 3.6 to 5.0 l/100 km, meanwhile the petrol versions uses between 5.4 and 6.6 l/100 km. Also, Mercedes offers now four versions with 4Matic compared with only one version in the past. B 200 CDI, B 220 CDI and B 250 are available also with 4Matic meanwhile B 220 is offered exclusively with 4Matic like before.

The orders begins from September 12 and the facelift models will arrive at showrooms on November 29. The world premiere will take place at Paris Motor Show at the beginning of October.

Mercedes will offer also two versions with alternative propulsion: B 200 Natural gas and B-Class Electric Drive. Both use the B-Class’s modular Energy space body concept. Despite the fact that Mercedes renounce to the sandwich platform the new MFA platform offers all the facilities for alternative propulsion. The underbody houses one large and two smaller gas tanks and a 14-litre petrol tank (B 200 Natural Gas Drive) or the lithium-ion battery (B-Class Electric Drive). Due to this intelligent packaging method, the five-seater model has been able to retain the generously proportioned luggage compartment for which it is known. Both versions with alternative propulsion will be available from November 3.