Made in Britain: Mercedes-AMG Project One hypercar will be built in UK

Cristi Stefan, April 4, 2018
2.66K 0
Home AMG Made in Britain: Mercedes-AMG Project One hypercar will be built in UK

Mercedes-AMG Project One hypercar will be built in UK, Mercedes-AMG boss Tobias Moers has revealed saying it makes perfect sense, since Britain is the base of the company’s Formula 1 team.

“The powertrain is really complicated,” he said. The Formula 1 derived engine and accompagnying high-tech KERS system will be manufactured in Brixworth, home of the Mercedes-AMG Formula 1 team. The powertrain will then be adapted by AMG for road use.

“It’s good, but not good enough yet.” Moers added, also confirming that on-road testing is well underway ahead of the estimated 2019 market launch.

The output of the production car will exceed 1000 hp as that figure only describes what the first prototypes of the hybrid powertrain which mattes a 1.6-litre high-revving V6 to four electric engines powered by a KERS system. Still, Moers stated that max power might not go beyond 1100 hp.

Other main components will also be built locally in the UK. The list includes the carbon fibre tub and body and the robotised manual eight-speed gearbox made by Xtrac.

Tobias Moers also confirmed Mercedes-AMG will attempt to break the Nürburgring lap record for production cars and even the 6min 11sec lapped by Stefan Bellof in a Porsche 956 sports car in qualifying for the 1000km race there in 1983. 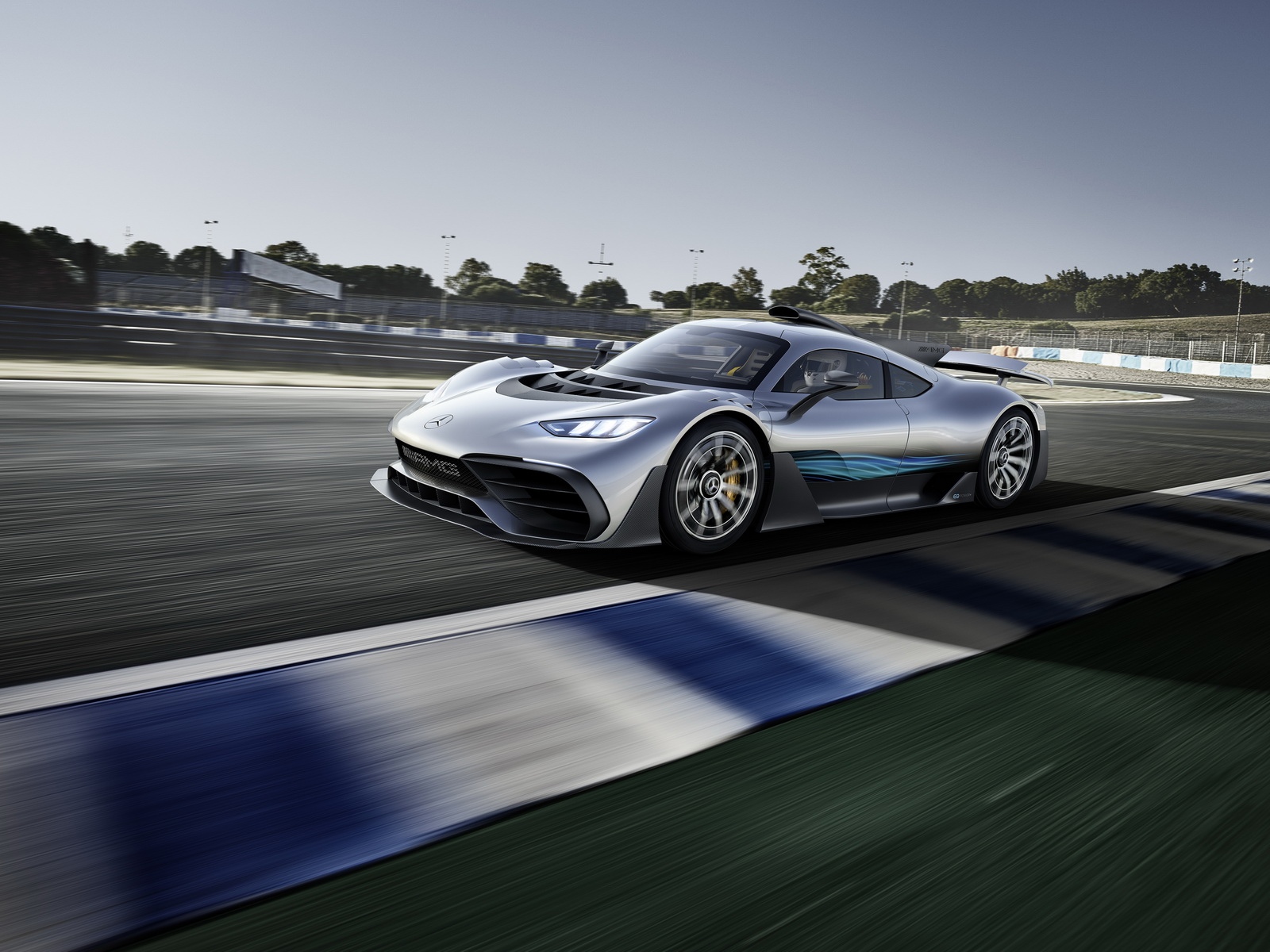