Elena Luchian, January 28, 2016
2.71K 0
Home Lifestyle Made for the catwalk – The Mercedes-Benz SL arrives at the Fashion Week in Berlin

After showing their obsession with an icon in a spectacular video, model Natasha Poly, photographer Jeff Bark and Japanese latex designer Atsuko Kudo flew straight to the Mercedes-Benz Fashion Week in Berlin. And they had great company: the incon itself, the Mercedes-Benz SL, covered up in high-shine blue latex.

“The Mercedes-Benz SL is an icon of sports car history since the debut of the 300 SL in 1954. That’s why the campaign image with the new SL had to be remarkable. We created something that has never been done before; we covered the whole car in latex”, says Wolfgang Schattling, director of Motorsport Marketing Communications and Branded Entertainment at Mercedes-Benz, the one who welcomed the protagonists to the lounge of the official venue at Brandenburg Gate in Berlin.

For the Mercedes-Benz SL starring in the campaign, 130 square meters of latex, an area the size of a tennis court, were needed.

“Atsuko worked three whole days on the cover and when we created the vacuum to suck out the last bit of air on the day of the shoot at 4am, we were all speechless. It was an amazing moment when the lines of the SL became visible 1:1 beneath the latex,” said photographer Jeff Bark.

“I completely illuminated the car to highlight its three-dimensionality. Colour and light were not retouched, but were created on set during the shoot. My excitement transferred to the whole team despite temperatures over 40 degrees and an extremely tight schedule,” he added. 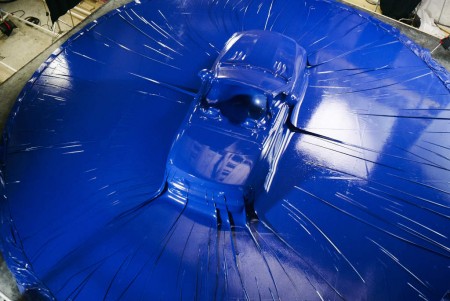 For top model Natasha Poly, latex provided a whole new experience: one that was both amusing and exciting.

“Three people were needed to get me into the outfit. Everything had to fit perfectly. The result turned out amazing. I have never seen such an incredible car before, and of course not in latex”, she says.

Atsuko Kudo was already used to the procedure. She had previously created outfists for artists like Beyonce, Lady Gaga or supermodel Kate Moss.

“I am obsessed with latex and immediately saw the incredible silhouette of the Mercedes-Benz SL – similar to my designs. To customize the cover from handmade latex panels was something completely new and the moment when the vacuum showed the curves was unforgettable.” 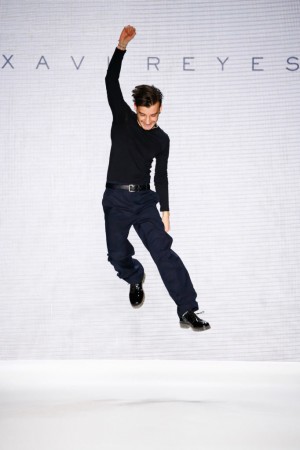