C-Class receives Luxury Car of The Year from 2015 Yahoo! Autos

Last week on Sunday, Yahoo! Autos revealed its choice for the 2015 Luxury Car of The Year and this year’s award went to Mercedes-Benz C-Class.

According to the website, Yahoo! Autos tested a C 300 4MATIC Sport and it impressed through the sleek profile with a long hood, the sculpted body sides that plays gently with the light. But the interior is what convinced them in fact, the most important aspect for a luxury car, obviously.  Justin Hyde, the managing editor said that “It’s not just the materials, but their layout and function that felt properly upscale”. 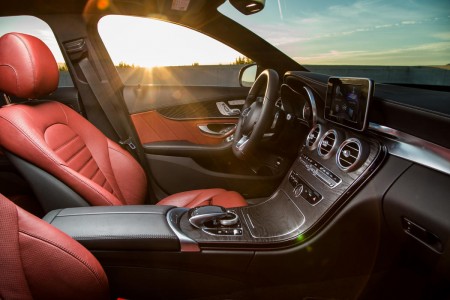 As beautiful and perfect as it may seem, the Mercedes-Benz C300 has its own downsides. Its weak point has to be the lack of overall driver engagement in comparison with the more focused entries in the segment. But, as a luxury car, the C-Class extremely comfortable ride and the stability it offers at high speeds clearly deserves enough praise.

Chris Shenon, editor at Yahoo! Autos mentioned the good power and the smooth acceleration of the car. Furthermore, he added that it is fun to drive, sporty and, also, very silent.

To conclude, the C-Class is clearly not the car that Mercedes-Benz needs to build, but the one that it wants to build.