Sparks came out in Singapore, as three the first three drivers crashed into each other and had to step out right after start. The Mercedes-AMG PETRONAS drivers Lewis Hamilton and Valtteri Bottas had their lucky stars on the Singaporean night: they finished first, third respectively.

The FIA refused to give up on the show and have a start under Safety Car, even though they had the first ever wet night race in front of them. It turned out to be a big mistake, as the two Ferrari’s and Max Verstappen’s Red Bull crashed into each other.

Kimi Raikkonen and Sebastian Vettel sandwiched the young Dutch driver. Verstappen and Raikkonen retired that very instant, while Vettel span on the track moments later and the race ended for him as well. Meanwhile, Lewis Hamilton, who had escaped the chaos in front of him, was enjoying his ride, passing them all and marching ahead into the lead position. 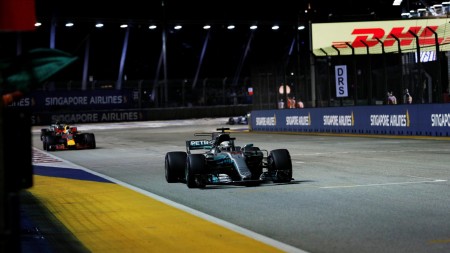 The Torro Rosso driver Daniil Kvyat also ended his race brutally in the tire wall. The race director decided to stop the delayed race at the 2-hour time limit, so laps stopped being counted. Only 12 drivers managed to cross the finish line of the Singapore Grand Prix.

Doom or blessing, Red Bull’s Daniel Ricciardo finished second once again, while Hamilton’s teammate, the driver who has just signed his 2018 contract with Mercedes, came into the third position of the podium.

Formula 1 shall resume in Malaysia in two weeks’ time. 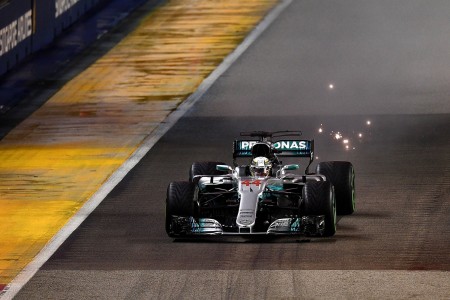