Classic beauty hunt season has started during the lockdown enforced by the coronavirus pandemics. A ultra-rare Mercedes-Benz CLK GTR, Number 8 of 25, has been spotted in Switzerland.

As former FIA rules imposed, any competition model had to come with 25 street-legal variants before getting its homologation for GT racing. This is how the Mercedes-Benz CLK GTR came to life, becoming somewhat of a trophy for classic automobiles collectors. Only 6 of the units built were roadsters. 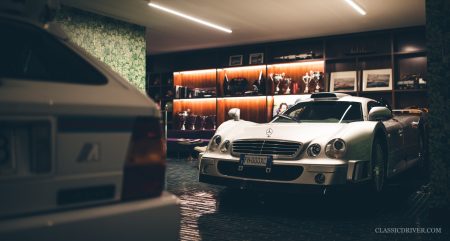 And it came with a mind-blowing price of $1.5 million, figures that made it the most expensive automobile in the world at that time. Now they rarely pop up on the market, but when they do, they fetch up to $4.5 million, which pretty much reserves them to the world of the very rich. 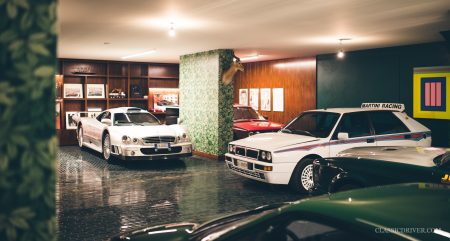 A 6.9-liter V8 heart rated at 612 horsepower beats under the hood of the Mercedes-Benz CLK GTR. It requires a lot of skill to keep it on the road when pushing the pedal to the metal. That explains why its current owner is a racing driver. 35-year old car enthusiast and collector Eugenio Amos is not to keep its super-special motorized trophy locked away in some garage. He was spotted driving in Saint Moritz, Switzerland.

Such ultra-rare limited-edition models are usually locked away from the eyes of the curious, with the owners adding a little mileage on their odometer in order to keep their value. Autoevolution.com tells the story of a French gentleman from Paris, who previously owned the car and drove zero kilometers while the car was in his possession. It was just a trophy to exhibit for him.