LIVE@IAA: Mercedes-Benz Concept IAA. A glimpse of CLS to come

Sleek Mercedes-Benz Concept IAA has stole the show in Frankfurt. Its ultra-aerodynamic lines are said to echo the look of the future third-generation CLS as well as a completely new design language.

Contrary to the public’s initial believing, the IAA acronym does not stand for Internationale Automobil-Ausstellung but for Intelligent Aerodynamic Automobile. Intelligent name for an equally intelligent car, a striking concept which leaves a long lasting impression when seen in the flesh.

Maybe the most striking aspect of the Mercedes-Concept Concept IAA is its slender silhouette. The revolutionary four-door coupe features a drag coefficient of just 0.19 thanks to its extendable body. Once the 50mph barrier is crossed, the IAA switches from ‘design’ mode to ‘long tail’ mode. What this means is that certain elements in the tail section are automatically extended for better airflow, thus the overall length increasing by 390mm. The process is only completed after the deployment of active louvres in the grille and flaps in the lower part of the bumper which insure excellent aerodynamics for the underbody section too. 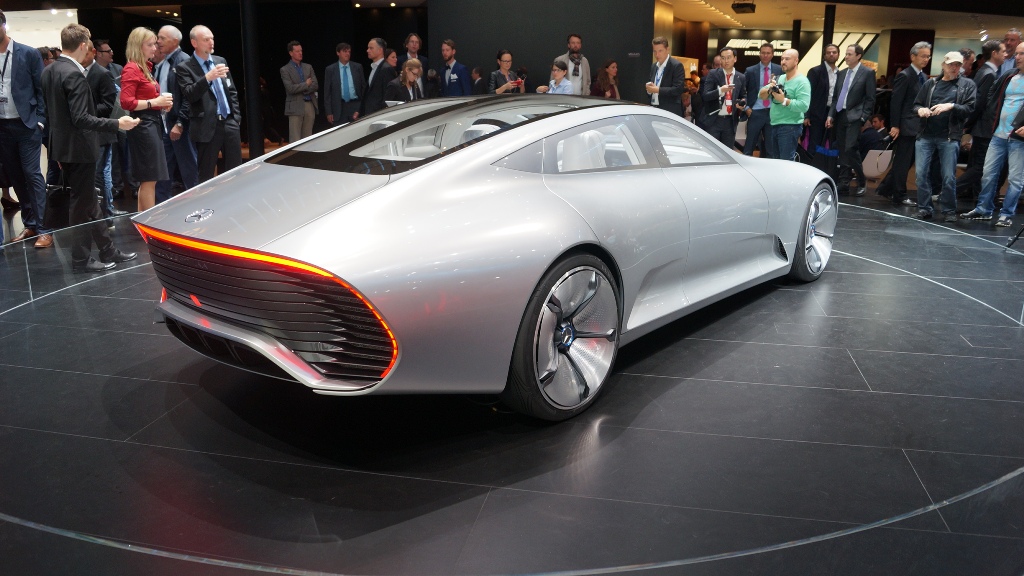 IAA’s purpose is more significant than you might think, though. The gorgeous concept gives us the strongest hints yet about the shape and dimensions of the future third-generation CLS, expected to debut in 2017.

The concept is significantly larger than today’s CLS. At 5040mm in length it actually surpasses the CLS by no less than 100mm, while in ‘long tail’ mode (5430mm) it is 185mm longer the long-wheelbase S-Class. Wheelbase is also 100mm bigger at 2975mm, while the height and width measure 1305mm and 1995mm respectively.

Interior design is just as striking as the exterior. The futuristic dashboard features touch-sensitive controls coupled with two horizontally mounted high-definition 12.3inch monitors. A minimalistic approach set to influence the future E-Class and CLS as well.

Another hint at Mercedes’ serious intent about bringing the IAA to production is its fully running gear-train developed on the modular MRA platform, the starting point of virtually every new RWD model in the company’s new portofolio – the same architecture set to underpin both the all-new E-Class and the upcoming CLS. 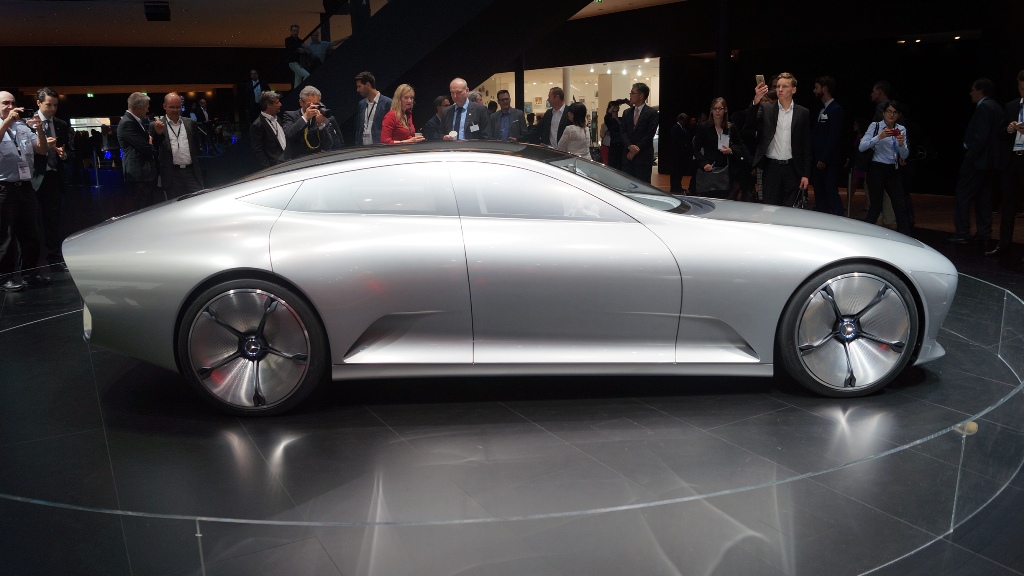 Under the bonnet we also find a plug-in hybrid system with strong roots in reality. The IAA Concept is in fact powered by the same petrol-electric tandem which debuted alongside the C 350 e. This translates to a 211 hp turbo four-cylinder petrol engine matted to an 82 hp electric motor for a total output of 279 hp and 600Nm. Performance details are still covered in a cloak of secrecy, but Mercedes sources do say the IAA is capable of running at least 50 km on electric power alone while boasting a mixed consumption figure of 2,1 l/100 km.

READ MORE ABOUT ITS TECH SPECS AND FEATURES HERE.