LIVE: New Mercedes C-Class W206: with the MBUX system and the integral steering from the S-Class

Usually, after the launch  a new S-Class, some innovations transfer to the lower classes. This time, the technology transfer is much faster and more consistent. The first official information about the new Mercedes C-Class W206.

The C-Class is a crucial model for the german luxury brand. It is the best-selling Mercedes model of the last decade. Over 2.5 million units have reached customers since the launch of the latest generation W205, in 2014. A total of over 10.5 million middle-class Mercedes models (including the Mercedes 190) have been sold since 1982. 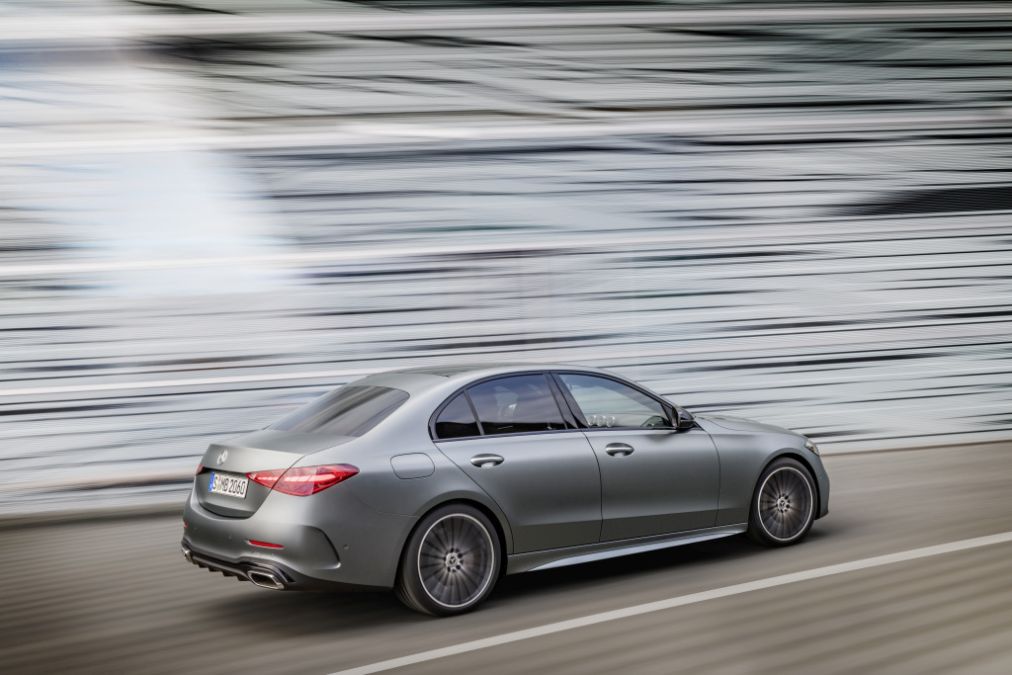 The new Mercedes C-Class W206 carries over several innovations from the S-Class:

With the new integral steering, the number of turns of the steering wheel will be reduced to 2.1  instead of 2.35 turns.

– The new MBUX system with the 9.5 inches-inch portrait screen as standard (11.9 inches optional). In the new C-Class though, the screen and center console are tilted 6 degrees to the driver.
– New display for instrument cluster with new graphics from the S-Class. There are three display styles (Discreet, Sporty, Classic) and three modes (Navigation, Assistance, Service) available. You can choose between a 10.25-inch or 12.3-inch diagonal display.
– a finger print scanner is located in an ergonomic position below the central display.
– Digital Light headlights optional (LED High Performance standard).

The colour head-up display is also new. The driver sees a virtual image measuring 9 x 3 inches (approx. 23 x 8 cm) floating above the bonnet at a distance of about 4.5 m.

All petrol engines are mild hybrid with a second generation integrated starter-generator with 48V.

One of the most important novelties is the 2-liter M254 turbo petrol engine with 4 cylinders that features a second generation integrated starter generator. It provides 15 kW (20 HP) and 200 Nm and is driven by crankshaft, not by belt. The C 300 will develop 258 HP and, for a short time, a boost function will be available, delivering another 20 kW.

The 2-liter diesel engine is new. The displacement increases from 1950 to 1992 cmc by increasing the stroke from 92.3 to 94.3 mm. The injection pressure also rises from 2500 to 2700 bar. The engine has two water-cooled variable geometry turbines and the steel pistons have sodium cooling.

The battery also charges from 55 KW direct current stations in only 30 minutes or from 11 kW AC stations.

Although the battery has a much larger capacity than the old model, it sits more optimally. Besides, there is no step in the boot and through charging is now possible.

In the case of the T-Model version, the new positioning of the battery allowed the trunk floor to be get by 63 mm to 1043 mm extra in length. The trunk height also grew by 150 mm to 732 mm. Thus, the trunk volume increased by 45 liters to 360 liters.

Air suspension and level control at the rear are standard for both the Saloon and Estate models of the Plug-In Hybrids.

A Plug-In Hybrid diesel C 300 de will be also available.

The 9-speed automatic gearbox 9G-Tronic is standard across the range. 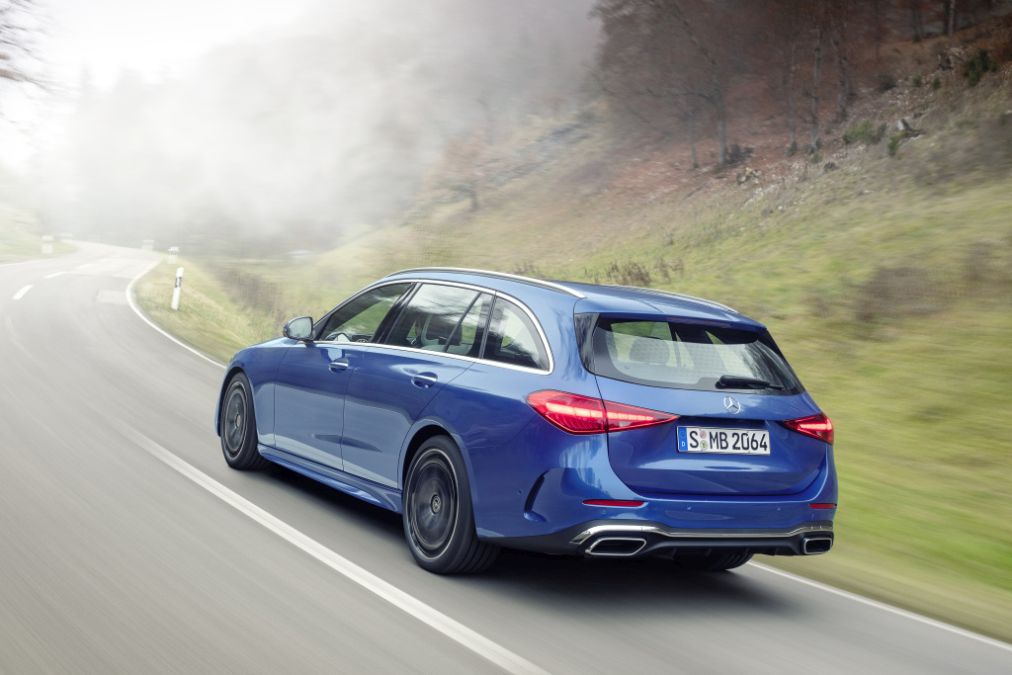 The trunk volume remained unchanged in the 455-liter sedan, while in the estate it increased by 30 liters to 490 liters. The latter offers a 40/20/40% split rear bench and the optional Load Compartment Comfort Package includes the electric folding of the bench. The Estate version also has an electrically operated tailgate.

Without star on the hood

Only two versions will be available: standard and Avantgarde. As we already announced, the new C-Class will have the star logo exclusively in the radiator grille.

Because the air suspension was not in high demand for the former generation, Mercedes chose to drop it from the list of optional equipment. The front suspension is still a four-link axle at the front and a multi-link axle at the rear mounted to a subframe. Optionally an adaptive suspension or a sports one is offered.

Customers can order the new C-Class sedan starting March 30. They will arrive at dealers in this upcoming summer.