The all-new Mercedes-Benz GLB gets the AMG label for the first time in its hitherto short life. As has already happened with new models, Mercedes initially puts the Mercedes-AMG stamp in entry-level AMG 35 guise. The European start for the deliveries is still unknown, bu the sporty seven-seater has made its audience debut at the IAA in Frankfurt, from where we report live.

Since last September, with the arrival of the Mercedes-AMG A 35 4Matic, it has become customary to start with an entry-level AMG before an extreme AMG 45 version arrives. To briefly refresh our memory. The all-new Mercedes-Benz GLB compact SUV positions itself between the GLA (based on the A-Class) and GLC (based on the C-Class). Where those two models were modern and very Mercedes, the Germans now try more to shape an SUV in old-fashioned angular form.

Under the hood of the Mercedes-AMG GLB 35 4Matic we find the same 2.0-liter four-cylinder turbo petrol engine with 306 hp and 400 Nm of torque as used in the A 35. This is coupled to an eight-speed automatic transmission with double clutch. Time for some figures: the Mercedes-AMG GLB 35 sprints from a standstill to a speed of 100 km / h within 5.2 seconds. The top speed is limited to 250 km / h. The car has five driving modes, from “Slippery” to “Sport +”.

Just as every other Mercedes-AMG 35 model, the GLB gets the well-known Panamericana grille. Two round exhaust end pieces protrude under the rear bumper, while above that we see an AMG roof spoiler. Mercedes uses standard 19-inch alloy wheels with five double spokes. These are optionally also available in 21 inch guise. An Artico leather interior welcomes the driver inside and the MBUX multimedia system also adorns the center console. 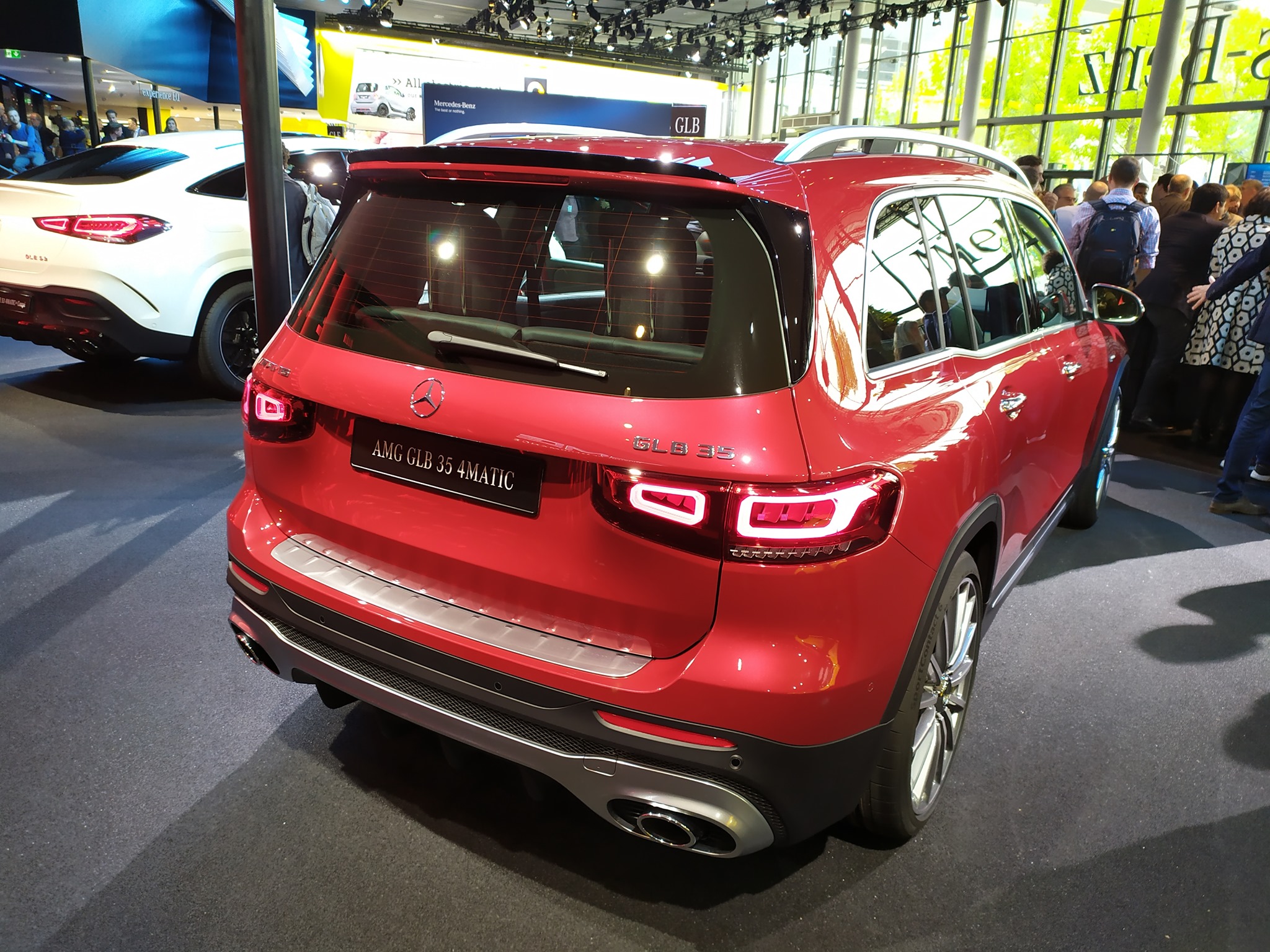