Mercedes-Benz shined at IAA 2017. The company’s stand is in fact a three-stories high building hosting the entire model range as well as the latest concepts showing the shape of things to come. WE BRING YOU THE LIVE REPORT.

Mercedes aficionado dream come true: no less than 54 Mercedes-Benz cars gathered under one roof. All in Frankfurt, at the IAA 2017 motor show that is traditionally the automotive highlight of the autumn. The Formula 1 derived Mercedes-AMG Project One hypercar, the Mercedes EQA – the smallest electric model in the Mercedes EQ newly founded eco sub-brand, the revamped S-Class Cabriolet and Coupe and the smart fortwo cabrio are only some of the greatest highlights of this year’s Mercedes IAA premiere line-up. Now we are giving you the chance to be the first to find out everything there is to know, live from Germany.

The Frankfurt Motor Show is the first occasion for the automakers since March to showcase their latest automotive creations. And Mercedes-Benz is not holding back. Their biggest premiere is without doubt the Mercedes-AMG Project One hypercar. A technological marvel, the show car revealed at IAA is the highlight of AMG’s 50-year anniversary. The Mercedes-AMG Project ONE is the most ambitious project the performance and sports car brand has ever planned. 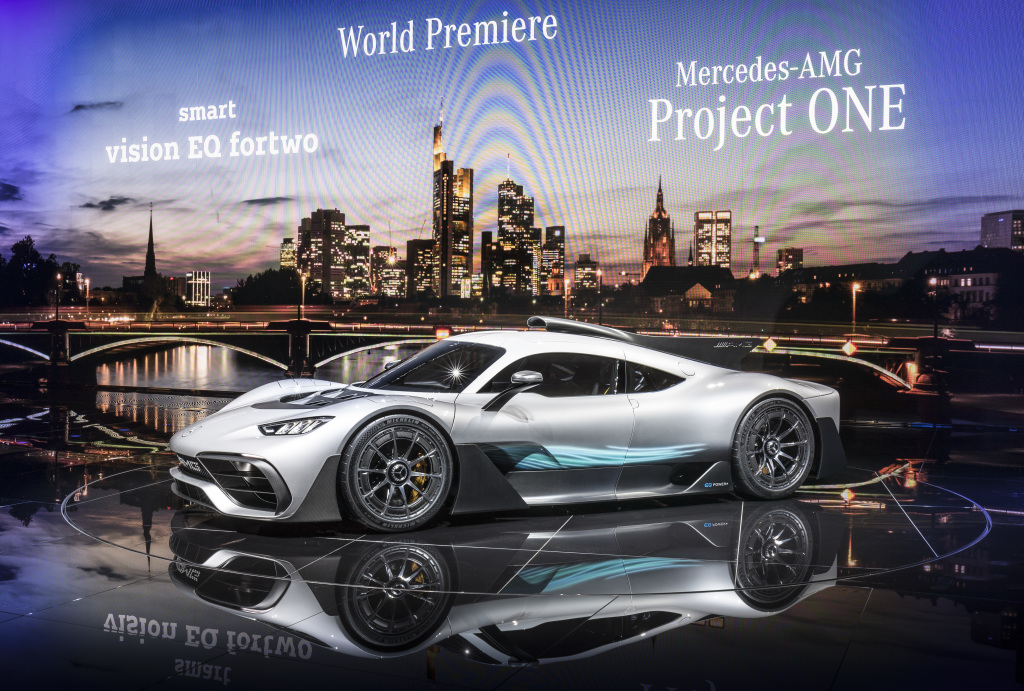 The hybrid propulsion system (V6 1.6 turbo gasoline engine, two electric engines driving the front axle, another one driving the rear axle – MGU-K, and one more, called MGU-H, virtually driving the turbocharger electrically so no need to rely on excess exhaust gases as until now) from Formula 1 provide a fascinating combination of performance and efficiency. Total output will be in excess of 1.000 HP and top speed is estimated to easily crack the 350 km/h barrier. The hypercar’s series version will be the first ever automobile to feature genuine Formula 1 hybrid technology. Only 275 cars will be produced at an estimated asking price of 2.275 million euro. READ MORE ABOUT THE PROJECT ONE HERE 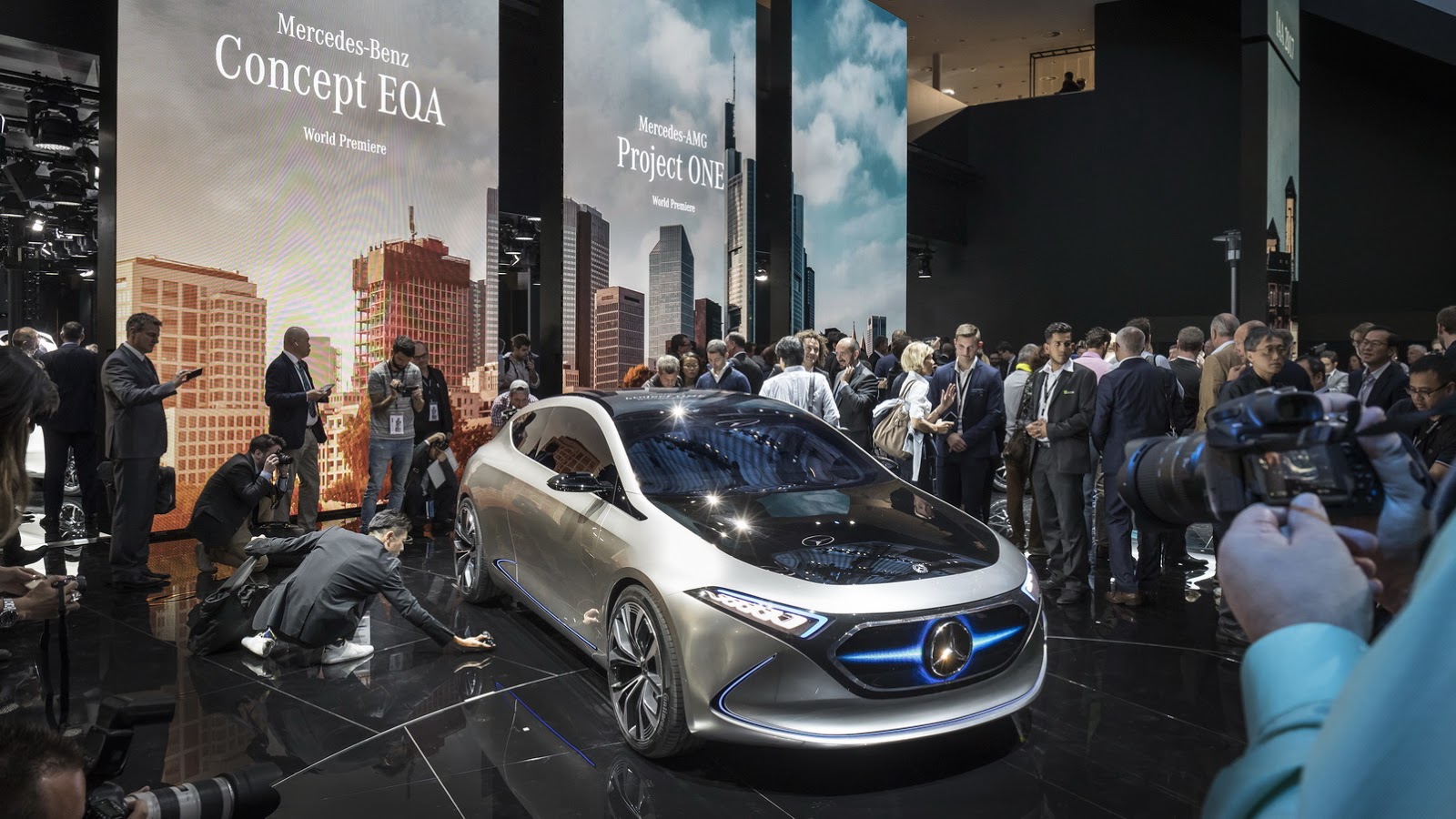 The second most important vehicle revealed at IAA 2017 Frankfurt motor show is the Mercedes EQA concept, a vision of how the smallest and most affordable electric Mercedes will look when it arrives in showrooms in 2019. The study also focuses on the typical blue radiator grille and slit-shaped LED headlights. The compact car, designed as a two-door compact coupe in the vein of the new A-Class, is powered by two electric engines, one on each axle, with a total system output of 275 HP and 500 Nm. The electric range is estimated to surpass the 400 km mark (249 mile) and the 0-100 km/h (0-62 mph) sprint takes only 6 seconds. The 60 kWh battery, mounted deep within the floorpan, can be recharged in as little as 10 minutes. READ MORE ABOUT EQ A HERE.

A fuel cell plug-in hybrid vehicle will also make its first ever appearance at the event. The Mercedes-Benz GLC F‑CELL EQ Power combines practical advantages such as a long range (500 kilometres in the standard cycle) and short hydrogen fuelling times with locally emission-free driving. READ MORE ABOUT GLC F-CELL HERE. 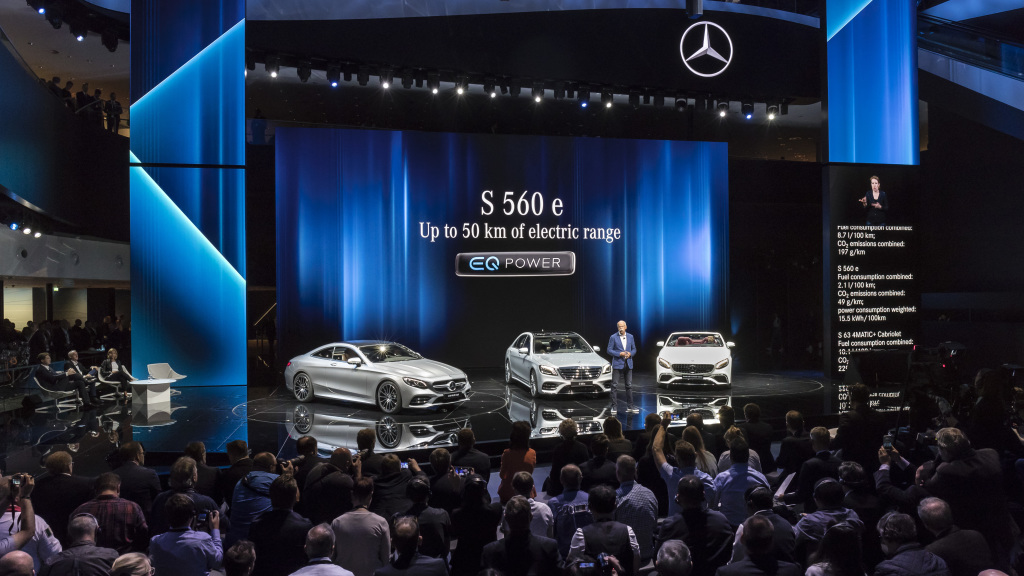 Also having their debut in Frankfurt are the comprehensively updated S‑C lass Coupé and S‑Class Cabriolet in the standard and AMG versions, alongside the Mercedes among pick-ups, the X-Class, which is celebrating its public première at the IAA 2017 motor show. The Mercedes-Benz X‑Class combines the typical attributes of a pick-up – robust, functional, durable, and suitable for off-road driving – with the classic strengths of a genuine Mercedes – design, comfort, driving dynamics, and safety. With its SUV design as a hallmark feature of the brand, the X‑Class fits smoothly into the Mercedes-Benz portfolio. 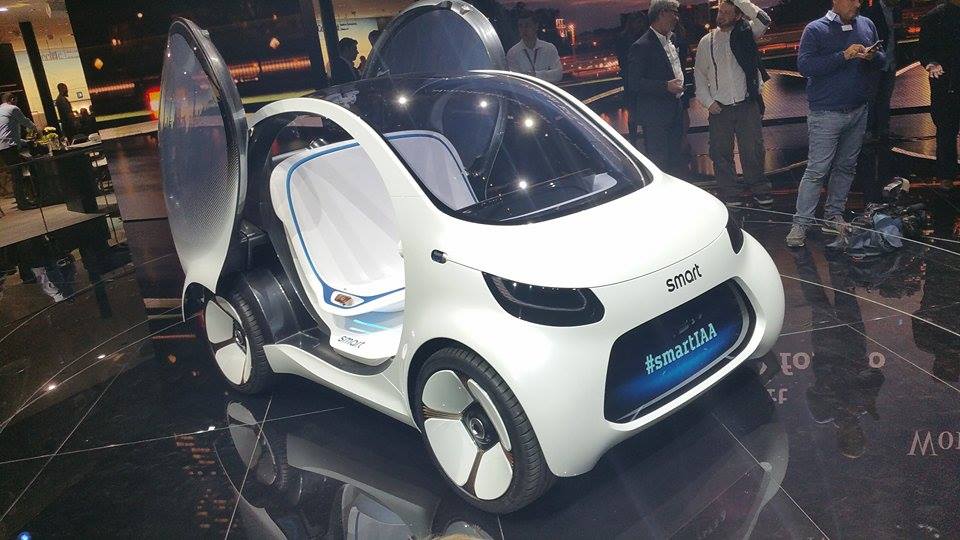 The tiniest brand in the Daimler portofolio could not go unnoticed either. A new smart showcar shows an intelligent solution for shared urban mobility. With the new, electrically powered smart showcar, the brand is exhibiting a study by the recently founded product and technology brand EQ as a world première. This fully autonomously driving study is the first model to comprehensively embody all four pillars of the corporate strategy CASE: “Connected”, “Autonomous”, “Shared” and “Electric”. It stands for maximum mobility efficiency in and for the urban environment thanks to systematic further development of the carsharing concept, and makes the vision of individualised, highly flexible urban public transport a reality. READ MORE HERE

Last, but not the least, on the premieres list is the new plug-in hybrid Mercedes-Benz S 560 e. The Mercedes S 560 e has a 366 hp V6 petrol and a 90 kW, 122 hp electric motor. In full power, the S-Class can run for 50 kilometers electrically. The EV mode is intended for city traffic. An average consumption of 2.1 liters of gasoline per 100 kilometers yields a CO2 emission of 49 grams per kilometer. READ MORE HERE.