LIVE FROM GENEVA: The Mercedes stand and all the premieres

Mercedes-Benz shined at the Geneva motor show with a large number of premieres at its stand: from the Mercedes-AMG GT Concept, the four-door supercar prototype that marks the debut of the hybrid powertrain sport EQ Power + in the AMG range to the world debut of the E-Class Cabriolet, the AMG GT Roadster Edition 50 C and the Mercedes-AMG 63 E + S 4Matic Wagon. Above all sat the mighty G-Class, in sumptuous Mercedes-Maybach G 650 Landaulet guise. LIVE REPORT.

Mercedes-AMG GT Concept. The Germans celebrate their sporty arm’s 50th anniversary with their first-ever hybrid supercar with 816 PS and four doors. The hybrid propulsion system is called EQ Power +, what Daimler calls the KERS of its Formula 1 car. In the Geneva concept this means a combination of a state-of-the-art V8 petrol engine and a high-performance electric unit. Both intelligently networked and combined with a modular battery concept. The sprint from 0-100 is less than three seconds – which corresponds to the super sports car level. The AMG’s 4.0-liter Biturbo V8 is set at a good 600 hp. The all-wheel drive also gets a progressive note: the rear axle also drives a powerful electric motor which assists the standard torque vectoring with targeted over-acceleration. READ MORE ABOUT THE MERCEDES-AMG GT CONCEPT HERE. 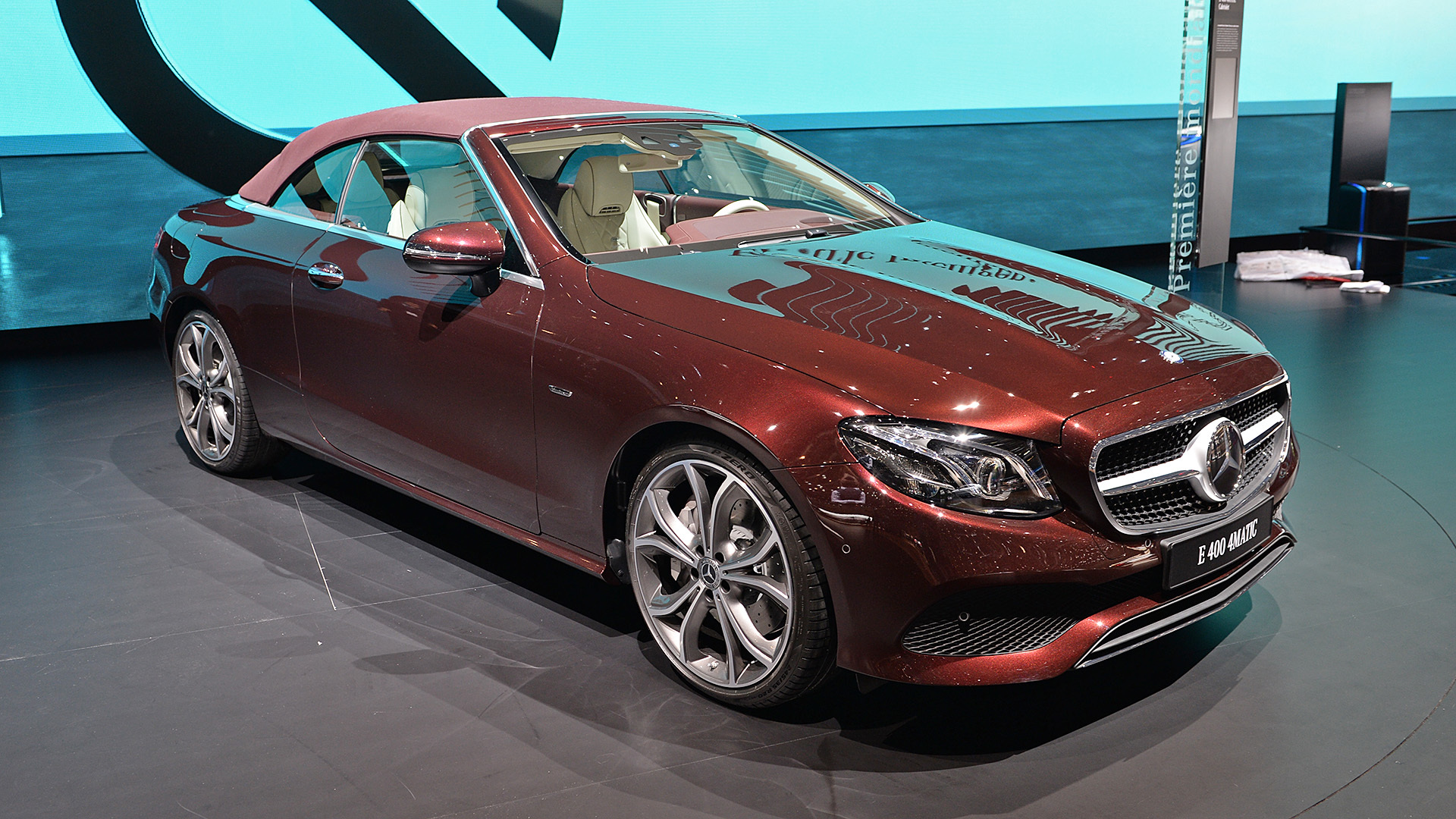 Mercedes E-Class Coupé and Cabriolet. In Geneva Mercedes completes the E-Class range with the European debut of the Coupe and the world premiere of the Convertible. The two versions share most of the exterior styling cues, the changes made to the interior compared to the sedan and the engine range. The Cabriolet remains faithful to the classic fabric roof and offers four places in full comfort thanks to the generous wheelbase of 2.87 meters and a length of 4.83 meters. The trunk has a 310 to 385 liters variable capacity based on the convertible top position, while infotainment and safety features are identical to those already seen on the sedan and coupe. The range of petrol and diesel engines will welcome for the first time 4Matic four-wheel drive variants, while the commercial launch is set for this Summer. READ HERE MORE ABOUT THE E-CLASS CABRIO. Mercedes-AMG E 63 + S 4Matic T-Modell. For the more sporty clients, Mercedes dedicates the AMG E 63 S 4Matic+ station wagon, the family variant of the super sedan already presented last year. The E-Class expresses in this case its full potential, thanks to the 4.0 V8 twin turbo with 612 hp and 850 Nm, combined with all-wheel drive with electronic control and the AMG Speedshift MCT dual-clutch transmission with nine gears, which allows the E 63 to touch 100 km / h in just 3.5 seconds. Aerodynamics and structure have undergone major changes, which on the E 63 S model also include elements such as self-locking electronic differential. Mercedes also offers an equally sporty version called simply Mercedes-AMG E 63 4Matic+ with 571 hp. The practicality of the wagon body remains intact, with a variable luggage volume of 640 to 1,820 liters. READ MORE ABOUT E 63 S T-Modell HERE. 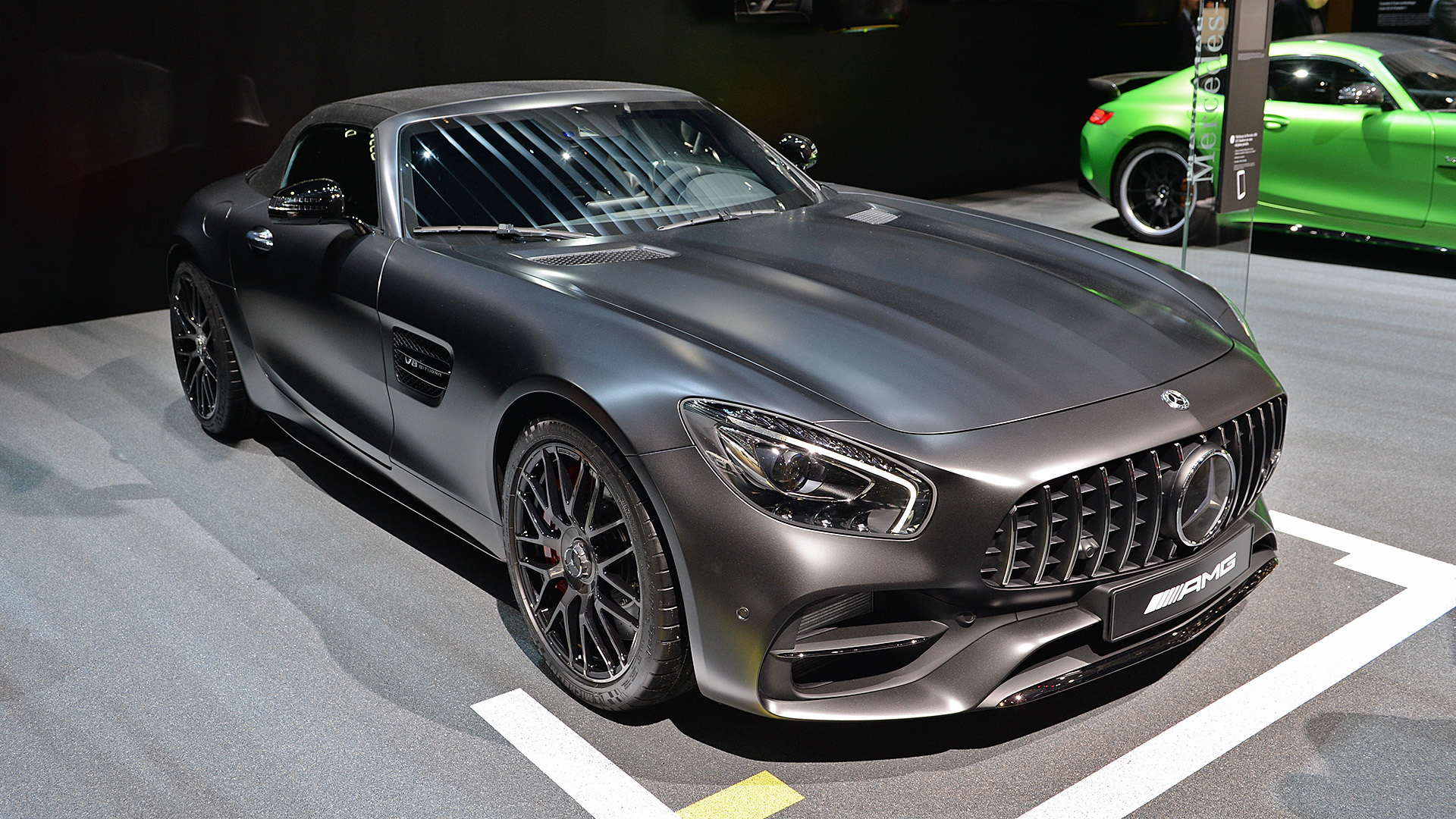 The AMG GT C Roadster Edition 50. In addition to the GT Concept, the 50th anniversary of AMG was also celebrated with the introduction of the Mercedes-AMG GT C Roadster Edition 50, a special series limited to 500 cars based on the new GT C with 557 hp power unit. The Roadster features the content of the Edition 50 Mercedes-AMG GT C Coupe shown in Detroit and will be offered exclusively in the colors Graphite Grey Designo Magno and Designo Magno Cashmere White, combined with black chrome exterior trim and interior with two-tone Black and Silver Pearl Nappa leather with silver diamond-shaped stitching. READ MORE ABOUT THE SPECIAL EDITION HERE. 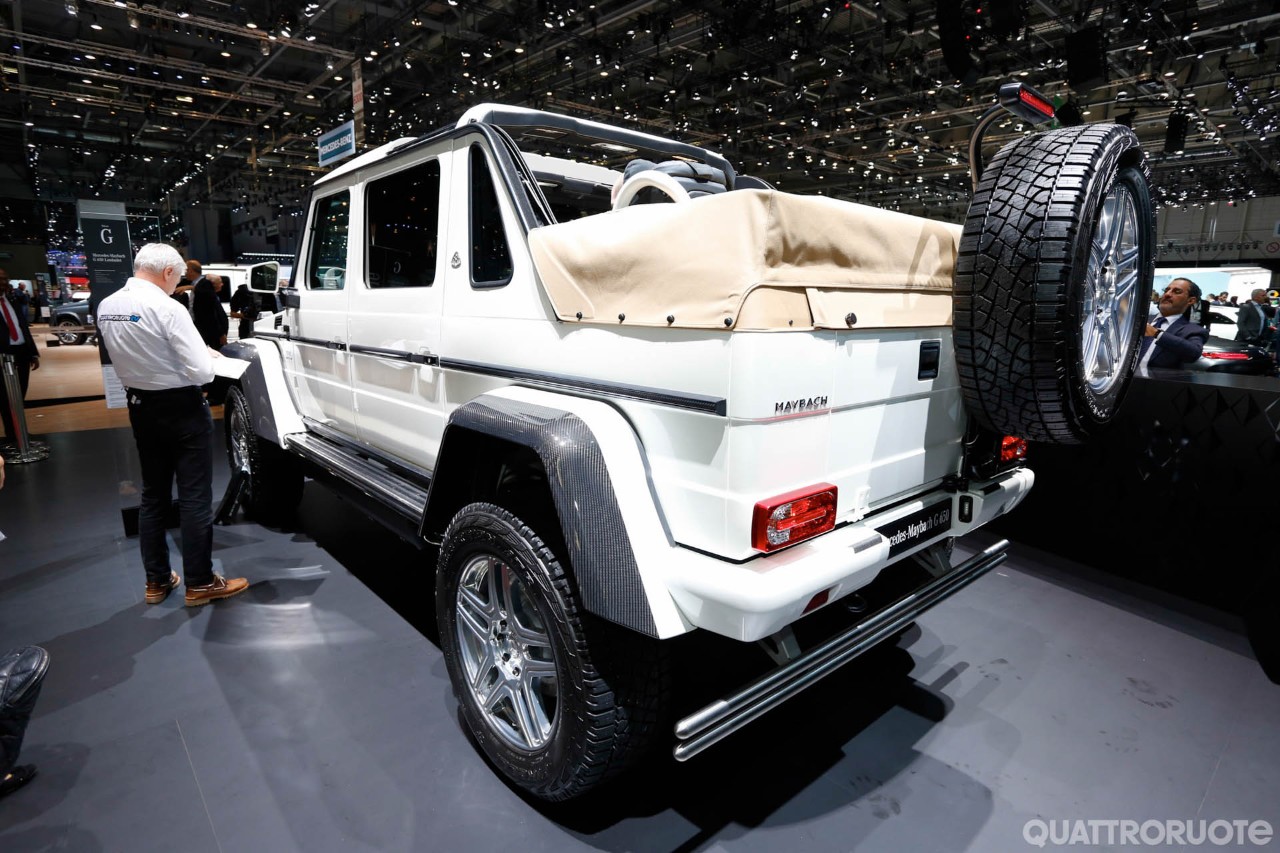 The Mercedes-Maybach G 650 Landaulet. To conclude the roundup of the Mercedes Geneva stand, we take a glimpse at one of the most expensive models on the entire price list of Mercedes. We talk about the extreme drop-top V12 G-Class, which will only be offered in 99 copies in Mercedes-Maybach G 650 Landaulet guise. Among the salient features we find the typical princely finishes of a Mercedes-Maybach model, a longer wheelbase, S-Class grade individual rear seats, a rear soft top cut above the two single seats, the raised suspension with modified portal axles and the AMG-tuned V12 twin-turbo engine with 630 hp. The price? If you have to ask, you can’t truly afford it: 750,000 euro. READ MORE ABOUT THE G 650 LANDAULET HERE.