The drop-dead gorgeous outer skin of the AMG GT Concept already shows very precisely how the new four-door coupe, planned for 2018, will be technically closely related to the next generation of the CLS. “The AMG GT technology does not make it possible to present a four-door model, but the platform leaves plenty of scope for a great deal of specific AMG technology,” said AMG CEO Tobias Moers. The AMG’s 4.0-liter Biturbo V8 is set at a good 600 hp. And the most likely thing to do is to use the four-wheel steering system of the GT R, but not the Transaxle system (transmission on the rear axle). Instead, the 4Matic + all-wheel drive will provide more traction.

In the AMG GT Concept, the all-wheel drive also gets a progressive note: the rear axle also drives a powerful electric motor which assists the standard torque vectoring with targeted over-acceleration, for example on the curve-outside wheel. This would then lead to controlled oversteering and a smaller radius of the curve. The hybrid technology is AMG’s path to make the high-performance models future-proof, while the electric range keeps the CO2 emissions in check. At the minimum the electric range should reach 25 to 30 kilometers.

The optics do not suggest either a technique that is closely related to the E-Class in principle. The Panamericana Grill is reminiscent of the GT R, its vertical bars are painted red on the sides. The narrow headlights reach almost into the wheel arches of the front fenders. Their daytime running lights are shining in “nano-active fiber technology”, a freely designed light cord designed to provide a three-dimensional light effect. The driving light produces two tubular bar lights for the road directly in front of the vehicle, and the main LED headlights with a lens system illuminate at greater distances. 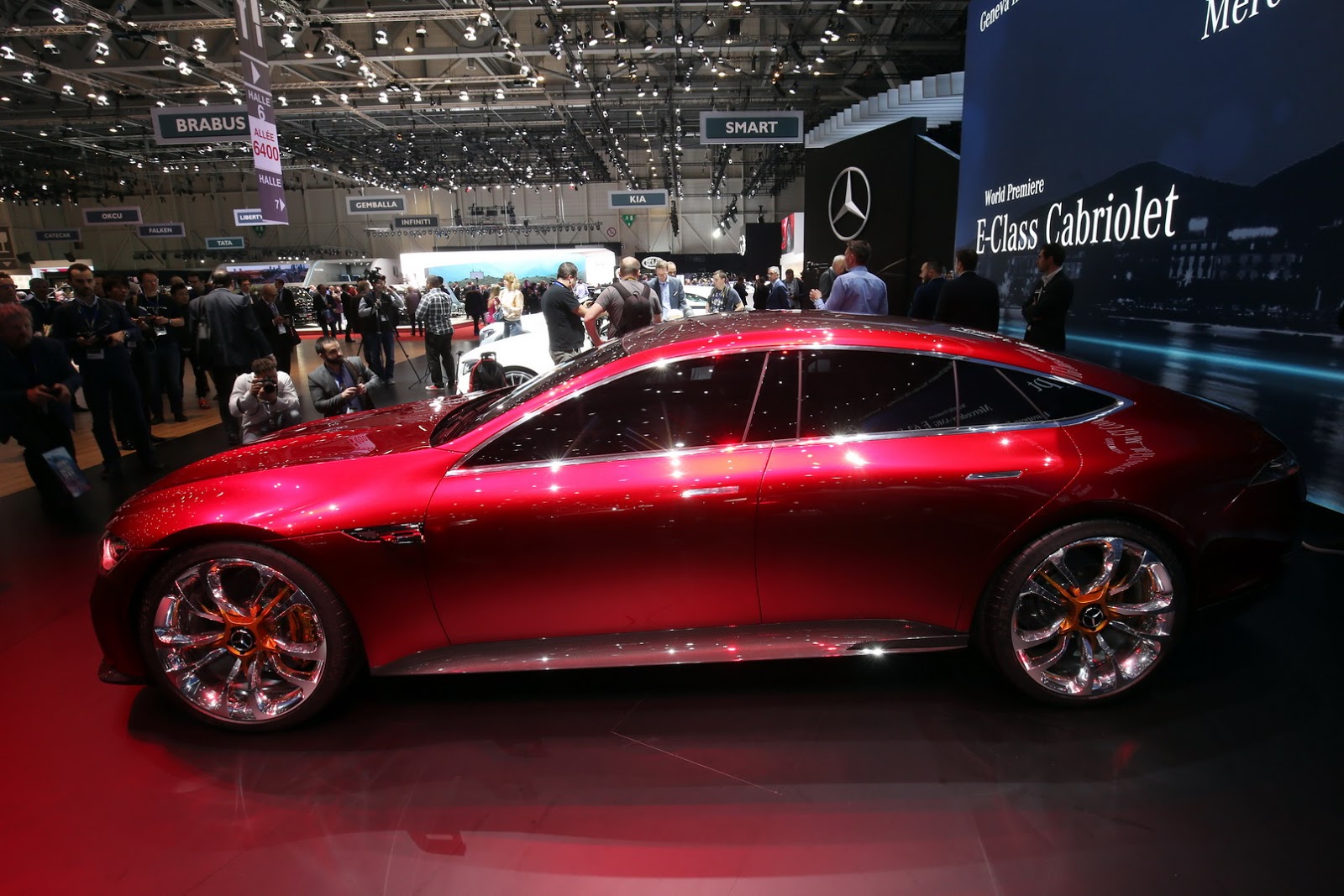 The bonnet extends as far as the wheel arches and lets the muscles play thanks to two power domes. The surface of the lacquer in “Hot Red” is to shimmer in the light thanks to a special composition like liquid metal.

The taillights also radiate with the new lighting technology. In order to dissipate its waste heat, a ribbed cooling module is integrated into the cover glass. The rear end is formed by a wider diffusor in sight carbon, which is curved downwards, with central tailpipes as in the AMG GT R. And behind the large tailgate Mercedes-AMG GT Concept conceals a variable interior and luggage space.

Hybrid drive as the future of the PS monsters

Tobias Moers, CEO of Mercedes-AMG GmbH, said: “The GT Concept, like the AMG Hypercar, which we are presenting at the IAA, illustrates how we define the performance of the future at AMG. Impressive driving dynamics coupled with high efficiency, resulting from an innovative drive train and tailored to the respective vehicle segment – this is Future Performance made by AMG. With our AMG GT Concept, this means a combination of a state-of-the-art V8 petrol engine and a high-performance electric machine. Both intelligently networked and combined with a modular battery concept from extremely powerful but also light batteries. This performance hybrid powertrain offers a convincing electrical range and the possibility to generate a system power of up to 600 kW in its final design stage. The sprint from 0-100 is less than three seconds – which corresponds to the super sports car level “. 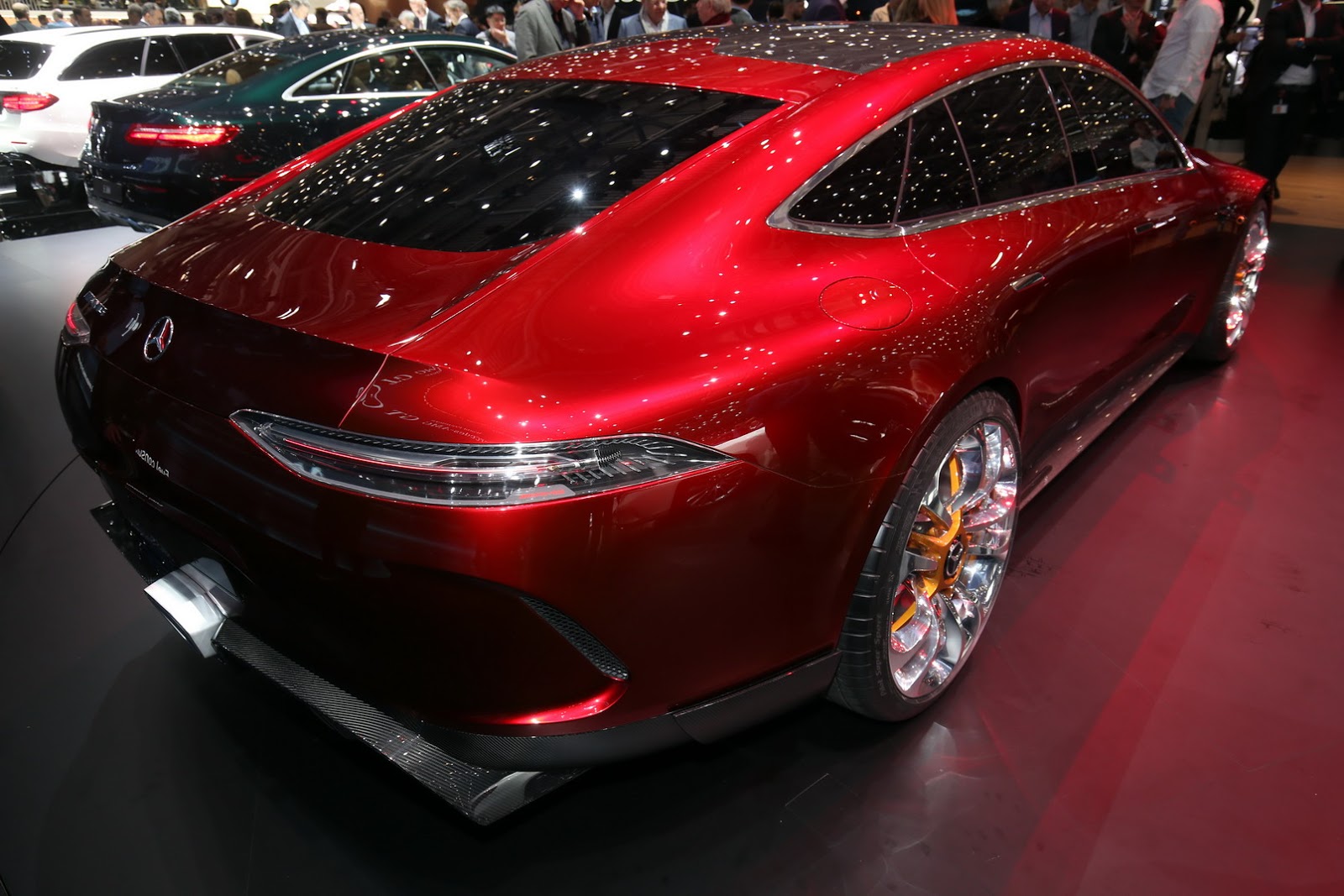 For the promised 816 HP, the battery must be more powerful than conventional hybrid batteries. At the same time, AMG wants to make it more compact and lighter. Above all, the battery is bound to be scalable according to the modular principle, so that the performance and capacity can be adapted to specific requirements of customers or markets.

For recharging the battery while driving, brake recuperation is used on one hand, but as with the Porsche 918 Spyder, also by the means of the internal combustion engine, so that the battery charge never falls below a certain threshold value. Three operating modes are adjustable: the AMG GT Concept runs either purely electrically, only with the internal combustion engine, or as a hybrid with the power delivered by both drive sources.

The hybrid propulsion system is called EQ Power +. This is what Daimler calls the KERS of its Formula 1 car and EQ + is also likely to be on the next hypersport coupe with the drive train based on the Formula 1 – following the new submark EQ for purely electrically driven cars from Mercedes. 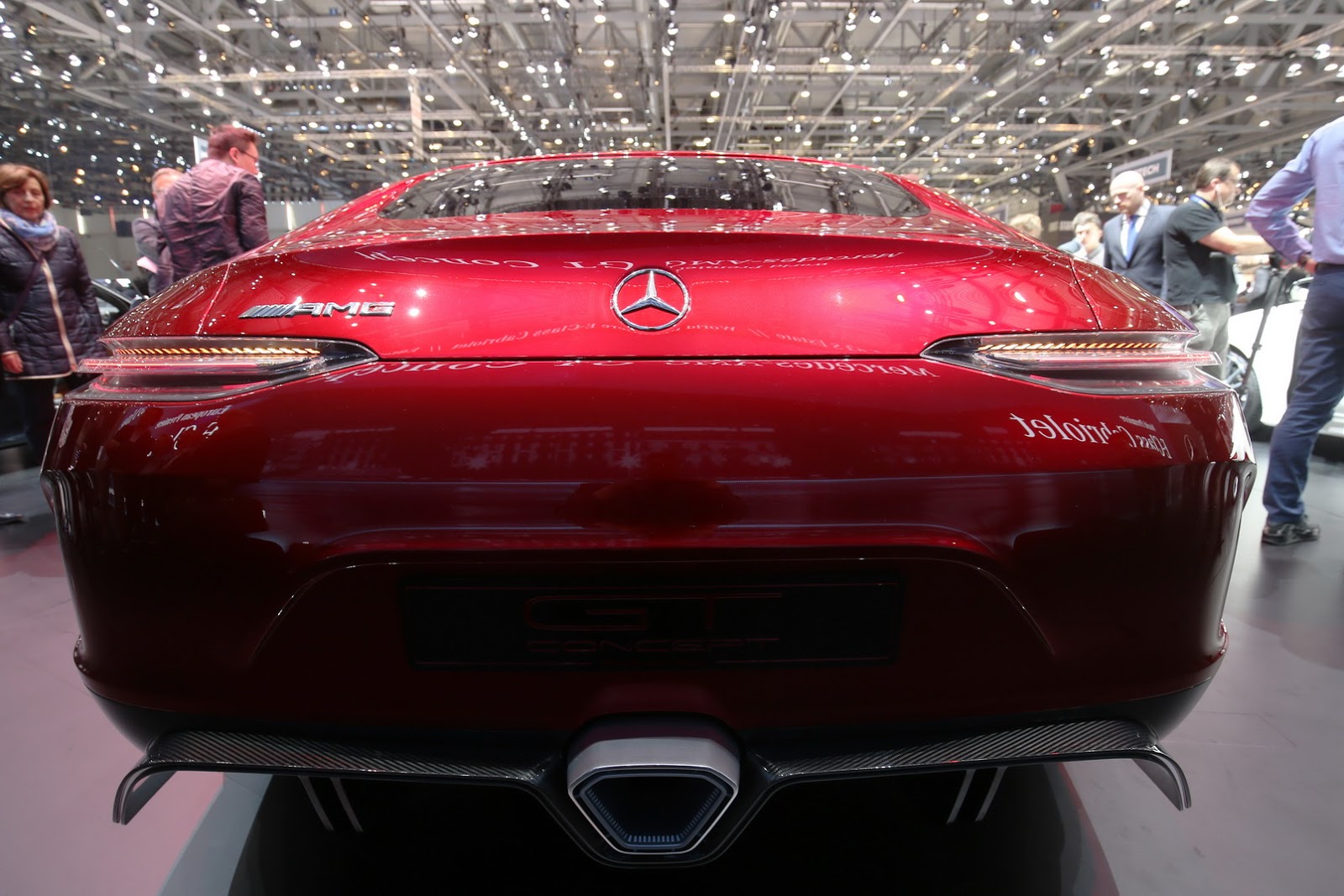