Mercedes unveiled at the Geneva Motor Show 2019 the EQV Concept, a 100% electric version of its V-Class van, expected on the market this Autumn.

The concept differs from the V-Class in a few characteristic elements of electric Mercedes EQ models such as the black grille which surrounds the lights or the polished rims with blue accents. The grille of the vehicle is here joined at its upper part by a light strip which can be blue.

The blue also dominates the interior, from the mood lighting to the upper part of the upholstery on the dashboard. The latter hosts the multimedia system MBUX. Some touches of color “pink gold” complete the set to evoke the copper wires. The Mercedes EQV Concept can be configured to accommodate up to eight occupants, just as the classic V-Class. 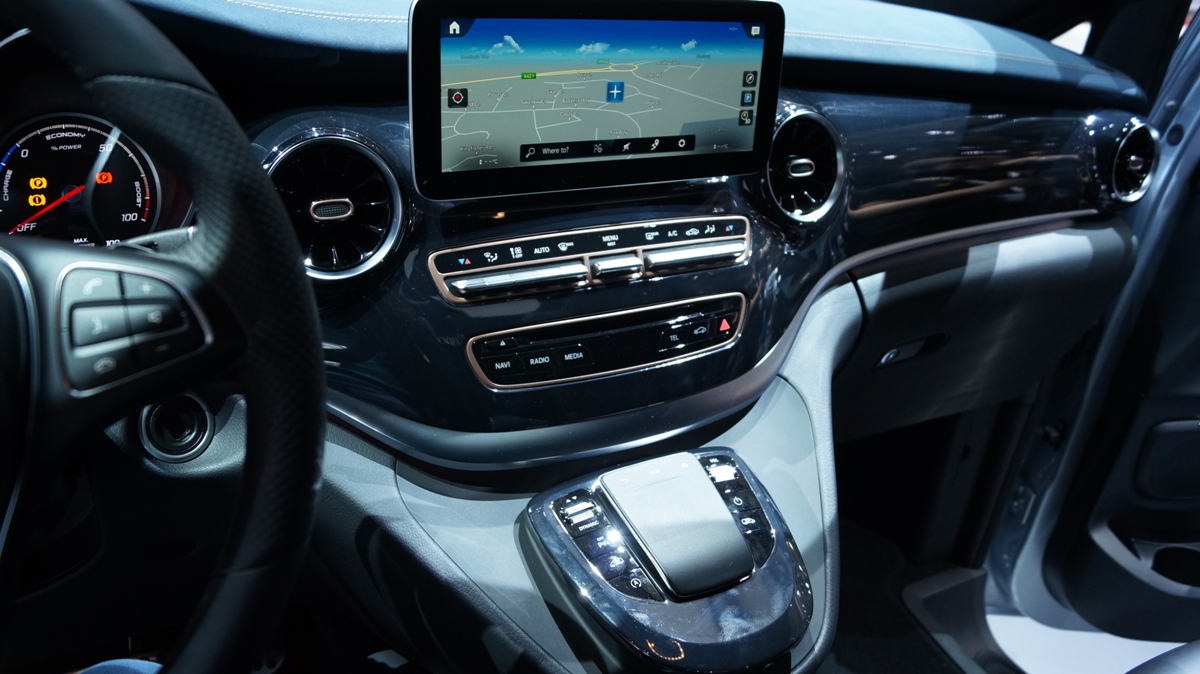 The power train of the Mercedes EQV Concept has been installed exclusively on the front axle. Its 204hp electric motor is powered by a 100 kWh battery positioned under the floor. The van has a range of 400 km according to the manufacturer.

The production version of the Mercedes EQV will be presented this September at the Frankfurt Motor Show 2019, and should arrive on the road in early 2020.