One month after the official introduction of the refreshed V-Class, Mercedes-Benz revealed the EQV, a pre-production version of a fully electric version at the 2019 Geneva Motor Show.

The updated Mercedes-Benz V-Class will be available on the market in an electric version this autumn, following an official introduction confirmed for the 2019 Frankfurt motor show. The Mercedes-Benz EQV features a propulsion system with a front axle mounted electric engine that generates 150 kW (204 PS/201 hp). This system is called the compact electric drivetrain (eATS) and unites the electric motor, the transmission with fixed ratios, the cooling system, and the power electronics. 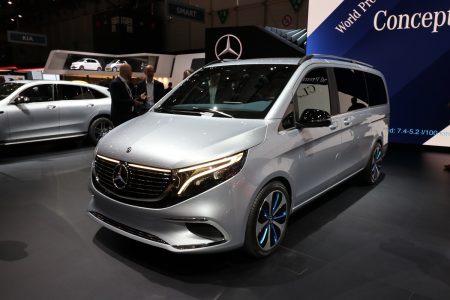 The Li-Ion battery is mounted low in the vehicle’s underfloor, has a capacity of 100 kWh and offers a maximum range of 400 km (248 miles) according to the WLTP testing cycle. The rapid charging function allows the battery to be recharged from fast charging stations in only 15 minutes, for a limited range of 100 kilometers. Maximum speed is capped at 160 km / h.

Inside, the Mercedes-Benz EQV gets the full leather treatment, not only for the seats upholstered in black Nappa leather with rose gold stitching, but also for the dashboard which is covered in “Midnight Blue” leather with rose gold accents. Interior space is identical to the one provided by the conventional Mercedes-Benz V-Class, as the battery doesn’t eat up any interior room. The standard configuration has six seats and offers VIP treatment, but other versions with 7 or 8 seats will also be available, including cargo-oriented variants that allow the transport of bulky sports equipment. As far as gadgets are concerned, the Mercedes-Benz EQV receives the latest MBUX infotainment system. 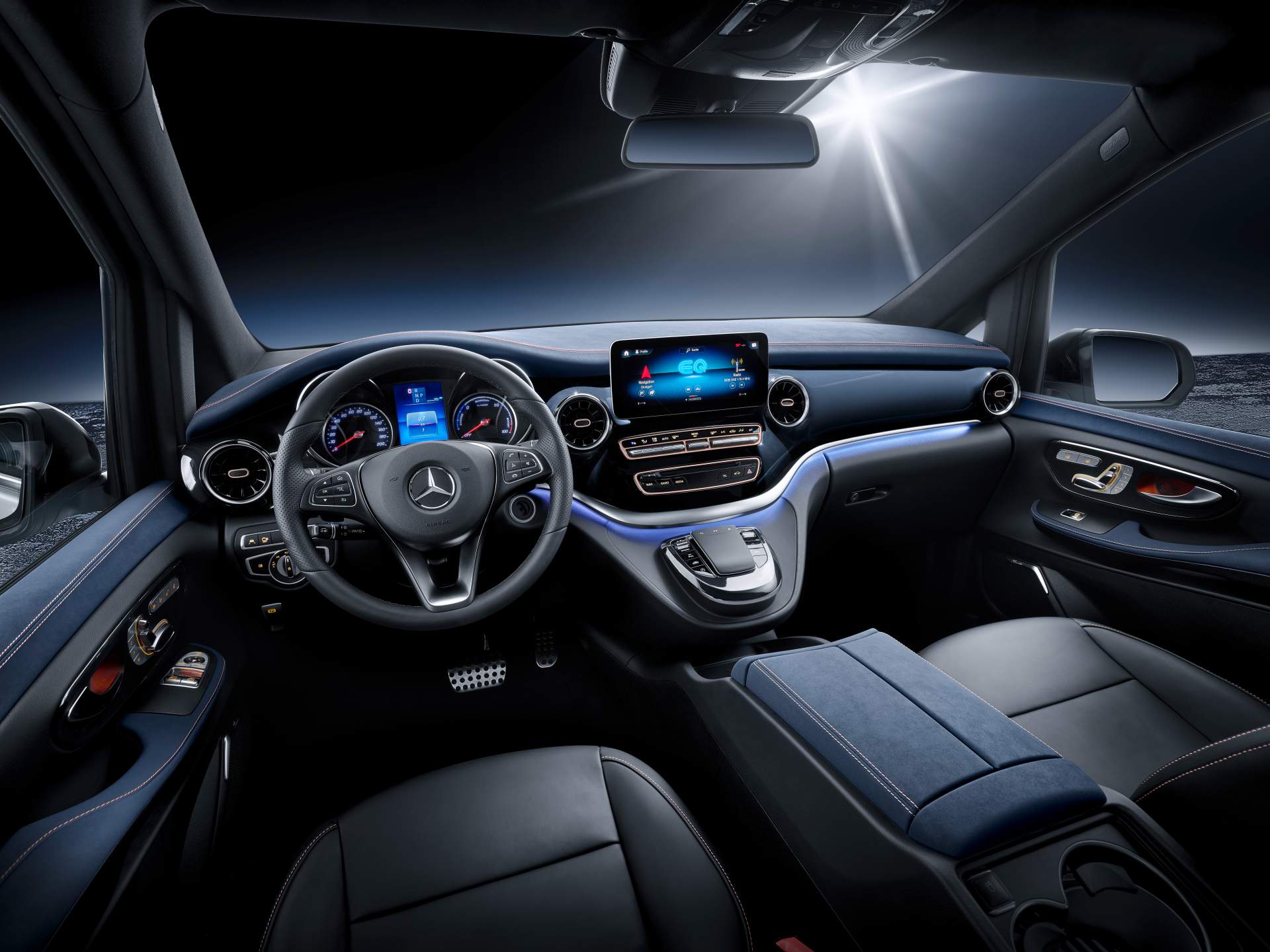