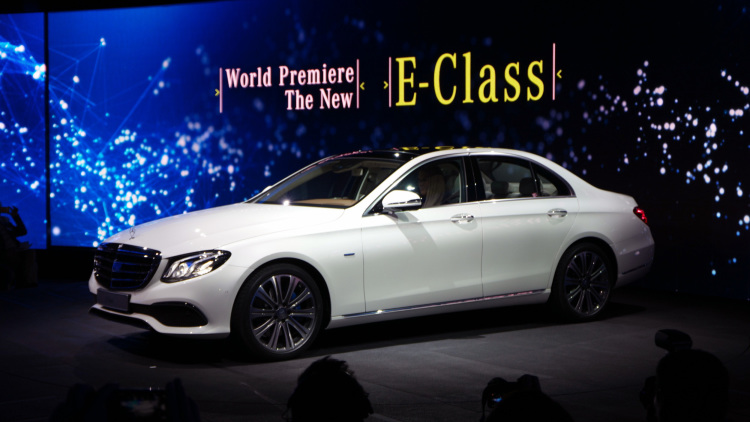 The new Mercedes-Benz E-Class is finally out, as official as can be! Mercedes-Benz revealed their “Masterpiece of Intelligence” in Detroit, at the year’s first auto show. Soon after that, the first official trailer came out.

The Mercedes-Benz E-Class is the car that the Stuttgart grand brand is planning to revolutionize the car industry with, 130 years after Karl Benz set the first ever motorized vehicle on the road.

The Germans’ latest sedan came out into the world making its first steps on the Detroit stage. The Mercedes-Benz E-Class came through two sliding doors of the split 3D giant screen and stopped on a spinning platform, that started going round and round for everyone to see every single detail of every inch of the car. 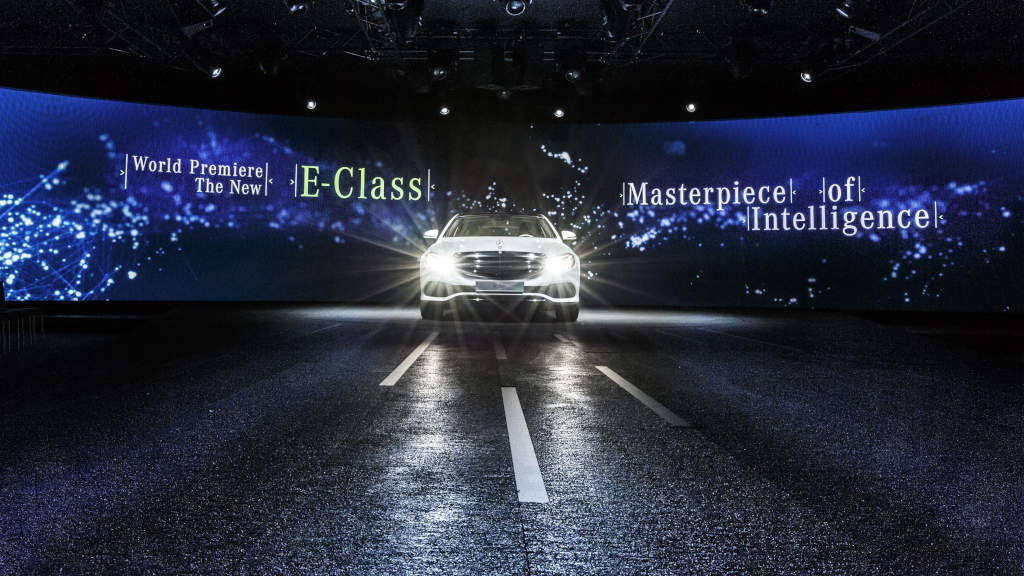 At the Detroit Auto Show, Mercedes-Benz also brought the Plug-In Hybrid version, the Mercedes-Benz E-Class 350 e. People gathered around the cars soon after the show, to make sure that the ground-breaking features that we have been talking about for months, together with the pictures leaked last week were real. We have already brought you all the information about the exterior, interior and features of the new E. Check out this article to find out everything: THIS IS IT! 2017 Mercedes-Benz E-Class revealed in official photos.

“We are convinced that our new E-Class is the most intelligent, the most comfortable business sedan ever. At the same time, it is just as beautiful as you would expect from Mercedes-Benz. At least, it is our modest opinion. Please take a look and judge for yourself!”, is the invitation made by Thomas Weber, member of the Board of Management of Daimler AG.

Soon after presenting the fifth generation of the E-Class, Mercedes-Benz released the first ever official trailer of the car, presenting the Plug-In Hybrid and the 220 d versions running along the winding roads edging the Atlantic Ocean. Five days ago, the E was the first ever series production vehicle to get an autonomous driving license in the state of Nevada.

The Daimler CEO, Dieter Zetsche, is previewing a whole year of success for the premium car maker: “We are sure to make more customers dreams come true. That’s why 2016 is going to be our year of dream-cars. With every Mercedes, our aspiration is to create products one class ahead of the competition. Our target is to provide more design, more safety and more comfort.”

The latest E-Class can be ordered starting this very spring, soon after its official world premiere in Detroit.

Stay tuned! We’re bringing you the latest news from Detroit! READ EVERYTHING ABOUT THE 2017 MERCEDES E-CLASS HERE.