Once upon a time there was a tiny, crazy hornet called Smart Brabus Fortwo. Now in its third-gen, the smallest pocket rocket in the world is stretching its breadth of abilities even further. First driving report via Auto-motor-und-sport.de.

22,710 euros. It is a lot of money for a two-seater micro-car with 109 hp. But the basic principles of logic do not apply to the Smart, which is just so much more than a city ride. Nonetheless, previous micro-Brabus smarts had driving skills of rather dubious quality. All came with not too much momentum and a hyperactive ESP.

That should change dramatically now. The current smart fortwo is already in base guise a much better car than before and finally uses a reasonable dual-clutch gearbox instead of the nervous automated manual from the past. 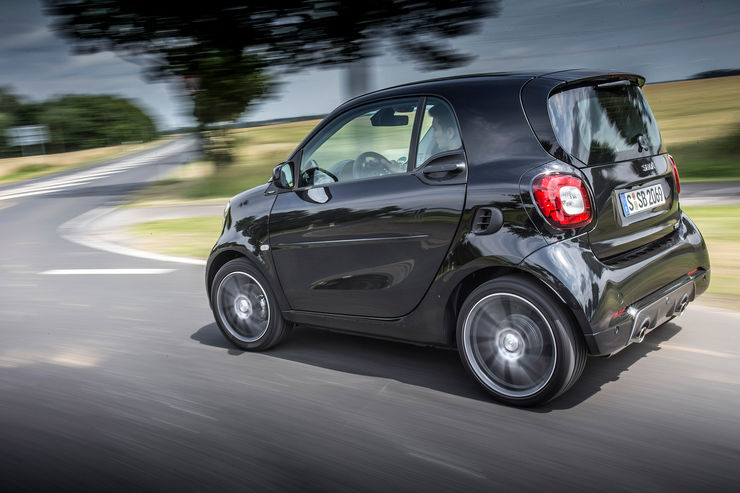 And now comes the Brabus version which improves the transmission again with up to 40 percent faster change times. But there is more: the suspension tightens by 20 percent, the steering gets more direct feeling, the suspension tightens and comes with Yokohama sport tires and the exhaust system increases back pressure and gives the three-cylinder 0,9-liter engine eight more horsepower.

The new Brabus Fortwo feels as if Smart skipped not one but two generations altogether. Certainly, there is still a lack of steering feedback, but the tiny smart is agile enough in tight turns. Mainly because the customized ESP does not hamper too early (or too abrupt) the pure old fun rear-wheel drive brings to the party.

It is an unconventional but very enjoyable combination of rather high seating position and good handling. Even on the highway you can surprise other drivers with the 165 km / h top speed. 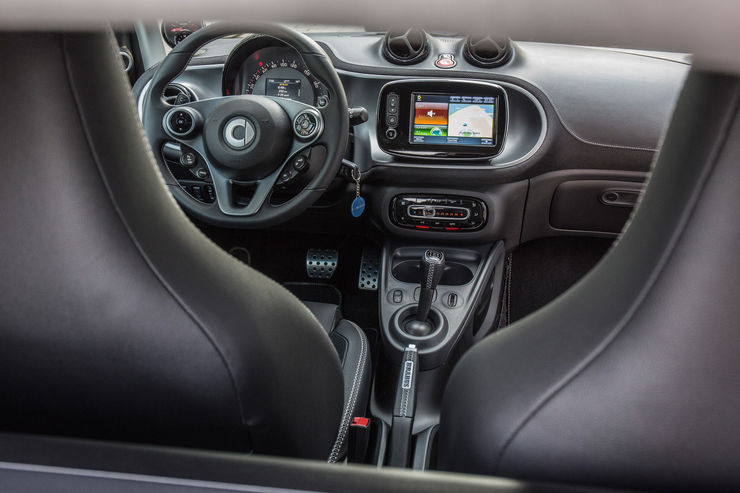 Big jump from the predecessor

For all its cuteness, smart Brabus holds up quite a few aces up its sleeve, with good handling, fun rear-wheel drive format and – yes – enough comfort on longer trips. A giant leap from its predecessor. But one that you cannot easily afford, still.