The Mercedes-Benz SLS AMG met his father at Spa, the racetrack the „old man” first came out into, back in 1971. 40 years later, the luxury sedan and his son speed up to see, not who is better, but how good they actually look together. Hans Heyer drives „The Red Pig”, while his son Kenneth Heyer drives the gullwing.

Let’s go on a trip down memory lane! Wood dashboard, carpeted floors and a 6.8-liter engine with 428 HP and a 164 mph (265 km/h) top speed. Wasn’t that a strange combination? But it was a glorious one, as the Mercedes 300 SEL 6.8 AMG finished first in its class and second in the overall ranking, right ahead of the famous Niki Lauda. That was the moment that everybody heard about AMG. „We knew we could win, but the others did not know it yet”, former professional driver Hans Heyer says laughing. 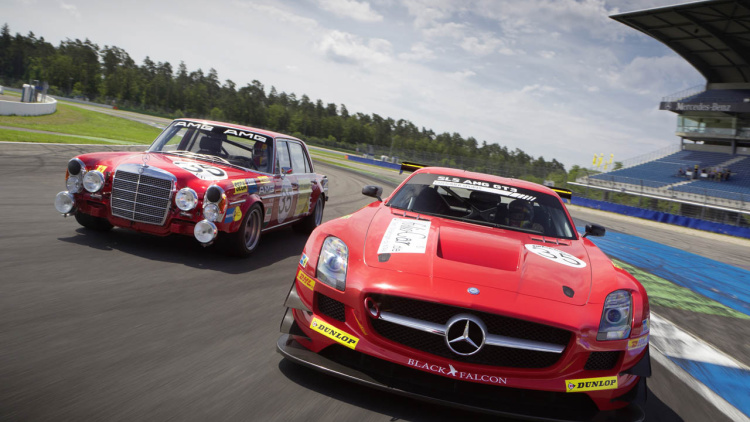 Hans Heyer was one of the three drivers who took a seat behind the wheel on that day. And now, going closer to present, his son Kenneth comes out on the racetrack at Spa, in the Mercedes-Benz SLS AMG GT3, and gets there right in time for the family reunion.

„It is a great honour, exactly 40 years after my father’s success, for me to be bringing the Black Falcon SLS AMG GT3 to the starting line of the 24-hour race in Spa-Francorchamps”, the son said right before the 2011 race. Kenneth Heyer missed his 24-hour father race. He wasn’t even born back then. But had his own. 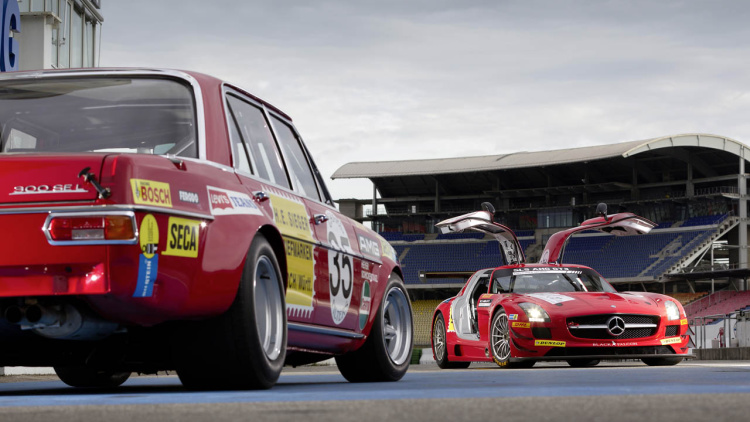 The father was proud to watch: “40 years after our class victory and second overall place, I think it is a great idea to enter the Spa-Francorchamps race with the Mercedes SLS AMG GT3 in the same look as “my” 300 SEL 6.8 AMG”, he said shortly before the race, hoping that the son would follow in his footsteps and win the legendary competition in Belgium. 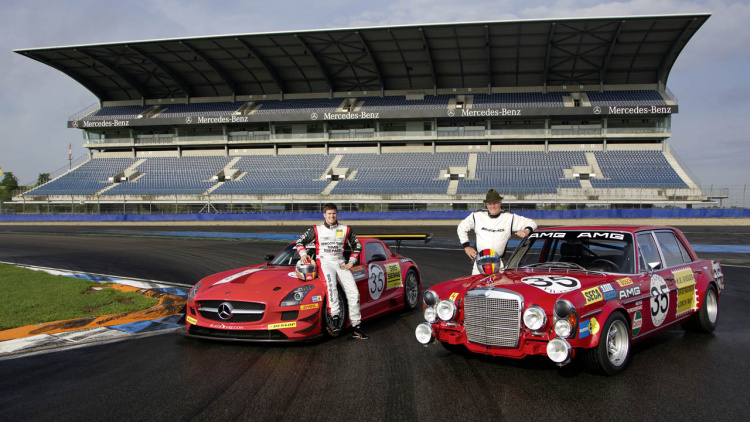 But the son and his Black Falcon team, with their car number 35, went up on the podium, finishing third in the race that went twice around the clock, 545 laps and 3 817 kilometers.

Father and son together on the racetrack. Watch an amazing video and enjoy the helicopter rotor-like AMG engine sound: