LG will work with Mercedes-Benz to make Autonomous Cars

The two companies will create camera systems for driveless Mercedes-Benz cars of the future which will allow the driver to transfer some tasks to the autonomous intelligent vehicle. It seems that future driving won’t require too much driving in fact. Thus, the South Korean electronics company, one of the largest consumer electronics and also mobile phone producers in the world, has decided to make a stereo camera system for Mercedes-Benz. This stereo camera is a vital part of any autonomous vehicle because it acts as the eyes of the car, detecting any type of movement in front of the car, unnoticed by the driver and also warning of any type of dangers. 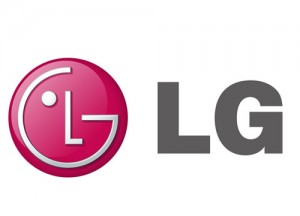 Woo-jong Lee, president and CEO of the LG Vehicle Components Company said that “Mercedes-Benz is the ideal partner for LG as both companies share a vision of how ADAS technologies can improve the wellbeing and lives of all consumers. As the automobile evolves from a mechanical to an electronic system, LG will be in the perfect position to contribute its experience to the exciting automotive industry.”

Furthermore, an executive Mercedes-Benz said that LG’s top-notch technology will help manufacturing Mercedes-Benz components. What’s more surprising is that the system can even stop the car if it’s linked to the vehicle’s brakes.

The collaboration between Mercedes-Benz and LG Electronics will secure their position in the autonomous cars market that could become the future of the automobile industry as a whole.

The tech and auto industries are joining in a so-called “marriage” that will “create a masterpiece worthy of the luxury automobile.” Mercedes-Benz has already licensed portions of its 6D Vision technology to LG as part of their partnership. In turn, LG will use its home entertainment and mobile communication businesses into automotive components.