It was insanity on wheels at the Azerbaijan Grand Prix, balancing between chaos, drama and fury. The Mercedes-AMG PETRONAS Motorsport driver Lewis Hamilton won when he wasn’t even expecting. Teammate Valtteri Bottas got a flat tire not long before the finish line and was forced to retire.

Starting from P2 and P3, Mercedes was hoping for a triumph in Baku, but they had to go trhough agony to feel the ecstasy. It was though the other way around for the rivals from Red Bull. 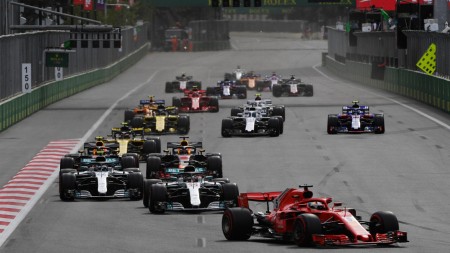 The Red Bulls collided in lap 13, with Max Verstappen managing to keep teammate Daniel Ricciardo at bay. But the worst was yet to come. It was the most exciting of duels in Baku, since the Aussie and the Dutch faught their war all the way to the end, with Ricciardo overtaking in lap 35. The pit stop in lap 39 sent Ricciardo behind Verstappen again.

Lewis Hamilton needed to change tires after an odd braking mistake in lap 22. The Brit blamed race engineer Peter Bennington and hoped that this tires would not totally wear out before the finish line. 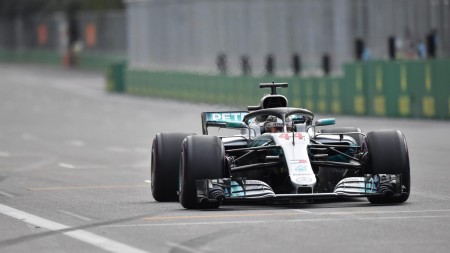 Vettel was marching in the lead, over 10 seconds in front of Valtteri Bottas and pitted for the softs 20 laps before the end of the race, so the Finn got his position at the top.

Lap 41 shattered the hopes of the Red Bull team. Verstappen danced in front of Ricciardo changing direction while braking and the Australian rear-ended him full speed, both ending up off the track. The Safety Car was deployed again and the drivers take asvantage of the slow pace to pit.

Under the Safety Car, Romain Grojean lost control and slams into the wall. Once the Safety Car is out, the racing is back in, with the Mercedes and Ferrari racing cars at the top. Vettel ends up in the 4th spot, with Hamilton and Raikkonen overtaking him after a tight battle. Bottas flashed at the top, but misfortune strikes again and the Fin gets a flat rear left tire and needs to retire from the lead. Toto Wolff show desparation at the pitwall. The TV broadcast replay showed that the Mercedes driver had rolled over the remains of the cars damaged in the first turn of the racetrack.

In Baku, Lewis Hamilton won when he didn’t even dare to hope for it. He was followed by Ferrari’s Kimi Raikkonen and, a surprising pink presence on the podium, Sergio Perez of Force India. 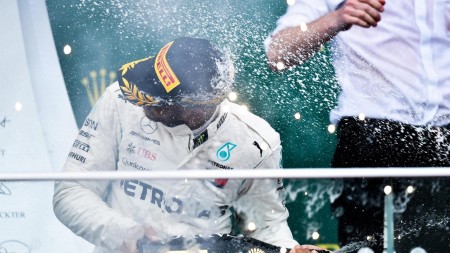 Brit artist Jay Kay from Jamiroquai and American pop singer Christina Aguilera were spectators at the Azerbaijan Grand Prix. The blonde bomb was seen joking with Lewis Hamilton right before the race. The teams are now getting ready for Barcelona’s race in two weeks’ time. 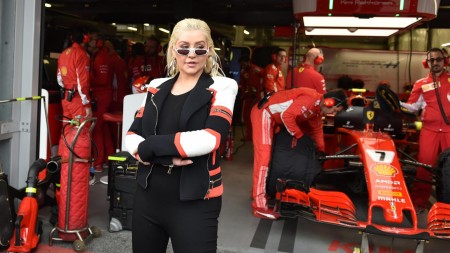