Lewis Hamilton wins his sixth World Championship title. First thing he did when he got out of the car

Elena Luchian, November 4, 2019
1.04K 1
Home Motosport Formula E Lewis Hamilton wins his sixth World Championship title. First thing he did when he got out of the car

Lewis Hamilton won the sixth Championship Title in Formula 1. The Brit ended the United States Grand Prix in the second position. He is one championship title away from the record held by Michael Schumacher.

Lewis Hamilton is the old and new champion of Formula 1. It’s his third success in a row and his sixth in his Formula 1 career. The Brit started fifth in Austin, Texas. He rapidly passed the Ferrari-s driven by Richard Leclerc and Sebastian Vettel and went on to attack Red Bull’s Max Verstappen. His teammate Valtteri Bottas, having started from pole, was in the lead. 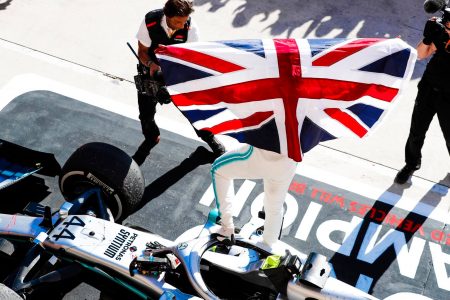 With a one-pit strategy, Hamilton also spend plenty of time in the lead, but, five laps to the end, he let teammate Bottas pass, after the Finn had chosen a two-stops strategy. Bottas now has a greater chance to finish the championship as a runner up.

Behind the two Mercedes racing cars, the Dutch Max Verstappen drove over the finish line. 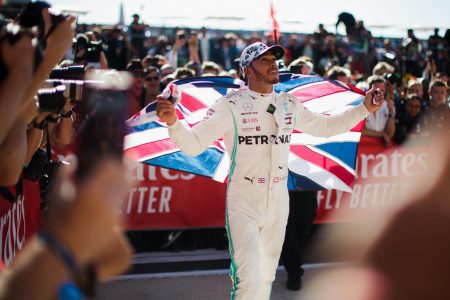 Lewis Hamilton wrapped up in England’s flag right after coming out of his racing car and hugged his teammate, mechanics and engineers. Any of the first eight spots would have brought him the championship title three races ahead of the end of the season.

A memorable sight is the one in which Lewis Hamilton receives congratulations from his rival from Ferrari, Sebastian Vettel. The German driver had withdrawn after the suspension of his car broke in lap 8 of the Circuit of the Americas. 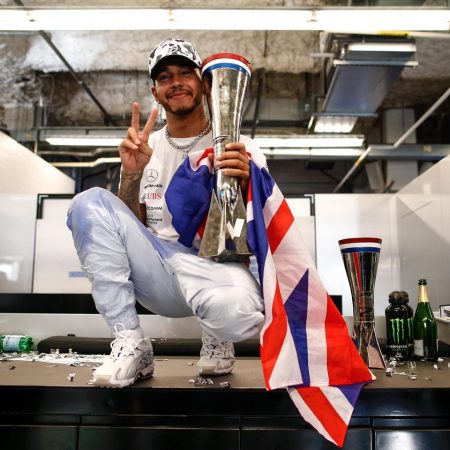