Lewis Hamilton, Formula One World Champion has been voted the BBC Sports Personality of the Year 2014. Thus, Hamilton proved just how popular he has become after winning the world title and he joined an exclusive club by becoming the fourth Briton to win the drivers’ championship at least twice.

“I was sitting there saying Rory’s going to have it. I thought it had to be someone else. I want to say a huge thank you to all the people who called in, I really wasn’t expecting it. I am so speechless. I’m so proud and honoured to be among such great sporting talent”, said Hamilton.

Moreover, it wasn’t even a close contest, as Hamilton took 33.8 percent of the votes, while Mcllroy only 19.9 percent. 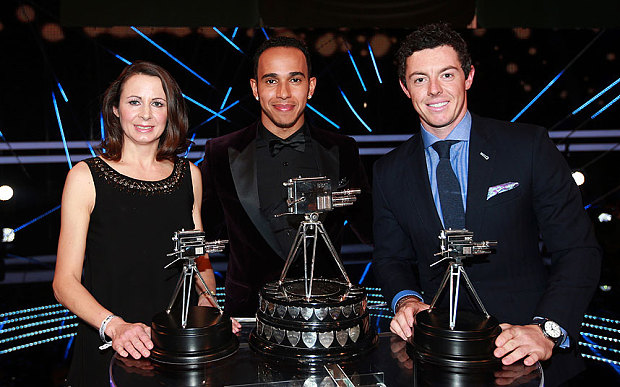 Wearing a purple velvet jacket and accompanied by his pet bulldog, Roscoe, Hamilton joined an elite list of Sports Personality winners from F1, including Sir Stirling Moss (1961), Jackie Stewart (1973), and two-time winners Nigel Mansell (1986, 1992) and Damon Hill (1994, 1996).Thus, Hamilton becomes the fifth racing driver to ever win the award in its 61-year history.

The other winners were: