The title protagonists were also the protagonists of a horror crash in Monza. Max Verstappen’s racing car ended up on top of that of Lewis Hamilton, following a collision.

The Brit was exiting the pits on Lap 26. He arrived alongside the Dutch driver. The two went side by side through the Variante del Rettifilo. Their cars collided and Verstappen went flying through the air. His car landed on top of Lewis Hamilton’s Mercedes.

They both walked away unharmed. “The Halo saved Lewis’ life today”, was the description that accompanied a photo of the crash on the Mercedes-AMG Petronas Formula One Team Facebook page. 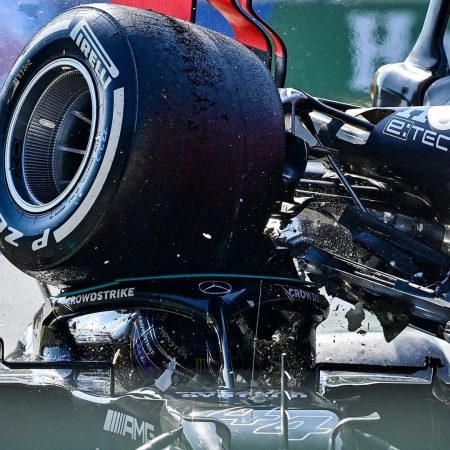 It was though a blow for both of them, as they scored zero points in the run for the World Championship title.

With the title fighters out, Daniel Ricciardo had a clear way to the finish line in the Italian Grand Prix. He achieved his eighth career victory and the first race win for McLaren since the Brazilian Grand Prix in 2012. It was actually a one-two for the team, with Lando Norris finishing second. It was his best ever race finish.

The other Mercedes driver, Valtteri Bottas, starting from P19, finished third in an exhilarating race in Monza. He took advantage of Sergio Perez’s five-second penalty for passing Ferrari’s Charles Leclerc off the track. It is the Finn’s final season with Mercedes, after announcing that he would be joining Alfa Romeo Racing next season. George Russell will join Lewis at Mercedes.

Drivers must wait for two weeks before they get their seats on the starting grip at the Russian Grand Prix in Sochi, on September 24-26. The track is considered to be a Mercedes favorite. No other team ever managed to win there in seven seasons.