Mercedes-AMG Petronas Motorsport announced the extension of Lewis Hamilton’s contract. The 4-time World Champion will stay in the team for the 2019 and 2020 Formula One seasons.

Lewis Hamilton joined the Mercedes team in 2013 and has since won three world championship titles and achieved 44 Grand Prix victories with the team. He will be counting eight seasons with the Silver Arrows by 2020, the longest period with a single team in the sport.

The Brit made his debut in F1 in 2007 and has gained a second place behind Michael Schumacher with his total of 65 victories in the competition.

“This contract extension has basically been a formality since Toto and I sat down during the winter, so it’s good to put pen to paper, announce it and then get on with business as usual. I have never been happier inside a team than I am right now”, Lewis told upon the signing of the contract. 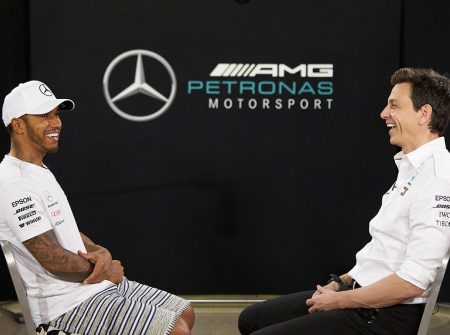 The Mercedes Motorsport chief, Toto Wolff, has posted a photo of a blank contract on his Facebook page to announce the signing and disclosed stories from behind the curtain:

“We have been aligned with Lewis ever since we first sat down to discuss the details of this contract after last season, but there has understandably been a lot of interest and speculation around the whole process, so it’s good to put all of that to rest and get this thing announced. We signed the final documents this week and didn’t want to keep people waiting any longer!” 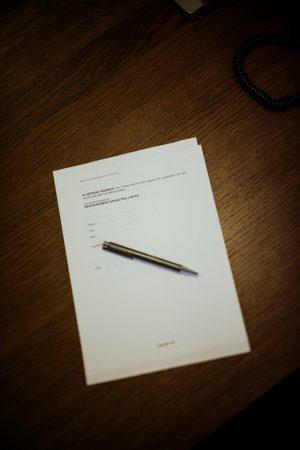 “There is no better place for me than right where I am. A big thank you to the team for their patience and to Toto for trusting in me. We win and we lose together always. Here’s to the future”, Lewis says.

The British driver is currently in the second position of the overall ranking, 8 points behind the leader Sebastian Vettel from Ferrari, while Mercedes is 20 points behind La Scuderia. Things may take a turn for the better this upcoming weekend, at the German Grand Prix.