Lewis Hamilton was persuaded to join Mercedes by Ross Brawn

During a meeting with Ross Brawn, Lewis Hamilton was persuaded to leave McLaren to Mercedes. Nobody expected him to abandon McLaren and it seemed like a very bad idea to everyone at that time.

Lewis Hamilton has driven for McLaren since boyhood and his decision to leave  the McLaren team shocked everyone. After winning the second world championship it seems like it was the right move at that time. If we pay attention to the rumours, Hamilton was persuaded to join Mercedes F1 team after a late night meeting with Niki Lauda in his hotel room, around the weekend of the Singapore Grand Prix two years ago. That was the weekend when Lewis Hamilton decided that it’s high time to leave the nest. 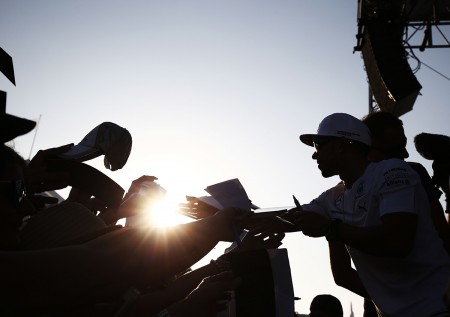 “It wasn’t that conversation that got us to where we were. It was a conversation we had with Ross Brawn when Ross came to my mum’s house. He explained to me in depth what the team had planned – it’s long-term plan what steps the team was taking and that was when I was sold,” revealed Hamilton during an extended interview.

“You can’t really measure how big it is. It is obviously the biggest day of my life,” said Hamilton before winning the world championship with victory in Abu Dhabi Grand Prix.