Lewis Hamilton of Mercedes-AMG PETRONAS is the world champion

Lewis Hamilton is the 2015 Formula One world champion. The Brit got his second world title for Mercedes AMG PETRONAS and third in his career, after winning the American Grand Prix in Austin, Texas. His squad members opened up the bottles of champagne at the pits before he even got off the car!

Lewis Hamilton becomes the 10th driver to win three or more titles and the only Briton that has ever successfully defended is crown.

“It is an overwhelming moment. Remembering my first British Championship, when my dad and me drove home singing ‘We Are the Champions’. Thinking about how much my family sacrificed”, he said with happy tears in his eyes. 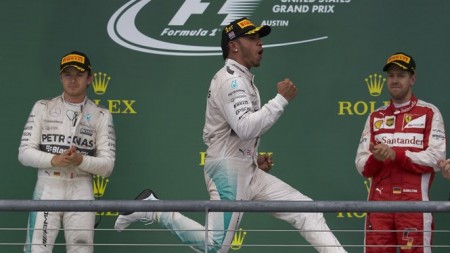 Starting first on the grid, Nico Rosberg was hoping to finish first. But a collision with his teammate Lewis Hamilton threw him back in the fourth position, with the Red Bull Racing cars passing by him in an instant. Lewis Hamilton did what he does best for the next laps: lead! But the German driver made it to the second position and from that moment on, it was a one-on-one, on the racetrack and at the pits.

With the second qualifying session delayed up to three hours to the race start, there was no easy mission for the cars shod with intermediate tyres in Texas. They had to sail on the partly flooded circuit, also affected by Hurricane Patricia. 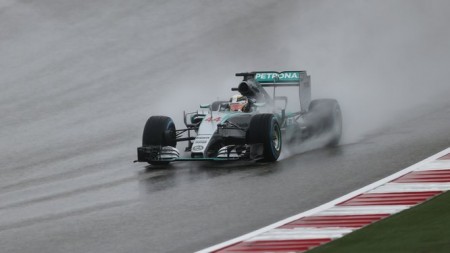 “All the way through, I was thinking: ‘The Championship is there somewhere… It was so close I could smell it and there was never a moment I didn’t believe I could do it”, the world champion says happy to have equaled his idol Ayrton Senna.

But the team already wants more: “I have no doubt there is more to come from him. I have never been in the situation where everything is so comfortable and I can sit and enjoy the races as a fan”, states Toto Wolf, the head of Mercedes-Benz Motorsport, with three races left to the end of the Formula One season.

The Americans brought Sir Elton John all the way from England to congratulate and interview his fellow champion. 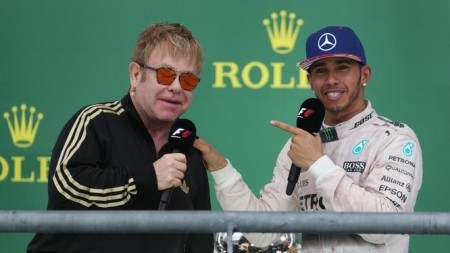 The world famous actor Matt LeBlanc (known for his part as Joey Tribbiani in the sitcom “Friends”) and even the former 100-meter world record holder Asafa Powell from Jamaica were spectators of the race in Austin.