The Mercedes-Maybach S600 is surely not a car fit for a racer. It is super fast, super powerful, super luxurious, but still you’d rather see a speed-addict in a two-seater. Or a one-seater when you come to think of the racing cars that this man drives on a daily basis. Lewis Hamilton is selling his Maybach limousine.

The 4-time Formula 1 World Champion, Lewis Hamilton, is putting up for sale his 2015 Mercedes-Maybach S600. The car has been listed on Autotrader with a price of £104,990, which is the equivalent of $142,726 or €118,910. The car comes, of course, with an impressive list of equipment: 22-inch light alloy wheels, infotainment system controllable from the rear seats where the VIP passengers would be accommodated and a 360-degree Surround View Camera. 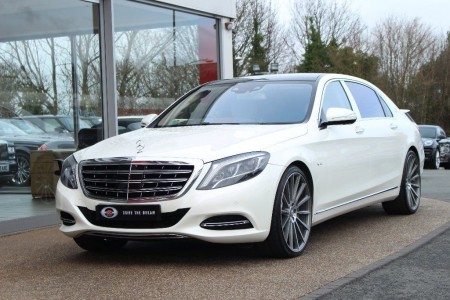 The F1 champion only traveled 27,500 miles (44,256 kilometers) on board his Maybach with self-closing doors, a variable-glass panoramic roof, Night Vision, Burmester sound system, Exclusive Package, Rear seat comfort package with individual adjustments and hot-stone massage, Alcantara headlining and so on.

Not his usual ride: Lewis Hamilton gets the Mercedes-Maybach

“This is a seriously luxurious car”, the Auto Trader editorial director Erin Baker says. “The standard S-Class is one of the swankiest cars thtat Mercedes makes and this Maybach edition is even more high-end, feauring ultimate comfort mixed with cutting-edge technology.” 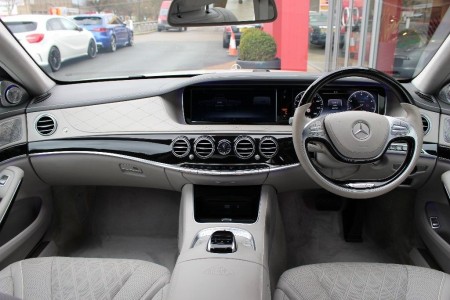 “As a Mercedes F1 driver and a four-time world champion, it’s no surprise that Lewis wanted the best of the best. Mercedes must have offered him something pretty special to replace this one. Maybe it’s the new Mercedes-AMG Project One hypercar.”

The owner of a Mercedes SLS AMG, of a Ferrari LaFerrari, of a McLaren P1, a Koenigsegg and a Pagani Zonda, Hamilton is very likely to get his hands on one of the super-limited series of the Project ONE hypercar with over 1,000 horsepower. The Maybach “only” had about half of that at 523, delivered by its 6.0-liter V12 biturbo engine. The car is still under warranty until September. 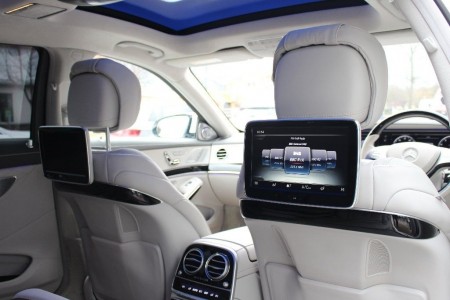