LeBron James – MVP on the road in a Mercedes-Benz

The superstar of NBA is a Mercedes-Benz fan. He’s got an S63 AMG and Maybach 57 S, both in shiny white! The Maybach has one of the most narcissist register plates we have ever seen: KING OF OH, as in Ohio, his birth state and his team Cleveland Cavaliers base.

He can be the king of anything he wants around the US, as long as he keeps playing like this, fans may say. And celebrity comes with a lot of expensive toys! Cars have been a part of LeBron James’ life ever since day one. He started big, with a Hummer H2 he got from his mamma. That was just the first of an impressive series, as the 6 ft 8 in (2.03 meter) NBA VIP has got money to buy just about any car there is out there. Driving on the road is pretty much like driving on the court, the biggest star of the American basketball says. 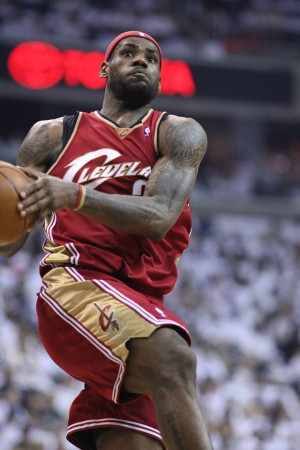 LeBron James has got an S63 AMG and a Mercedes Maybach 57 S, made famous by the hip hop music videos. He purchased the white Maybach in 2008 and paid about $400 000 for it. Born and raised and playing in Ohio, for the Cavaliers since he was first overall pick in the 2003 NBA draft, LeBron has a vanity number plates: KING OF OH. 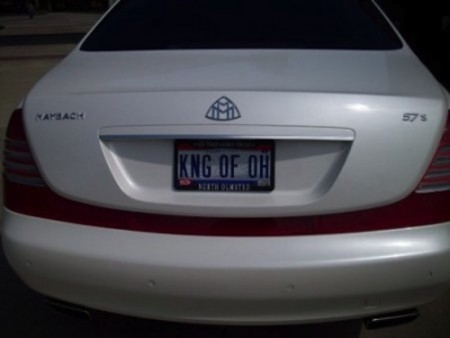 The AMG version of the S-Class came into his garage in 2010, after he paid $140 000 to take it home. And it is obviously he likes his Mercedes-Benz cars white with a touch of crazy luxury and force.

With a $19.3 million earned in basketball and $53 million from endorsements in 2014, what is to do with so much cash? Well, LeBron James filled his garage with super cars. He’s got an epic Lamborghini Aventador, wrapped by Rich B. Caliente and his Nike main sponsor. With an eye for the muscle cars, Lebron James also has a Dodge Challenger SRT, a Jeep Wrangler and a Chevrolet Camaro parked in his driveway.

Even though he can afford any car, his latest endorsement comes from South Korea. He recently signed a multimillion dollar partnership deal with Kia. So far, he donated to charity all the Kia cars he ever got, including the $66.000 K 900 model, after driving it around and saying he liked it very much.

The King’s career in figures: