The Mercedes-Benz S-Class range is doing the same thing the Universe has been doing since… forever – it keeps on expanding. It currently holds four models while the fifth (and last) has just been spotted testing again.

It’s been a well known fact Mercedes-Benz is developing a roofless version of its new S-Class Coupe and the way it looks won’t really surprise anyone, but catching the actual S-Class Cabrio on film (the digital kind) is still big news.

Changes to the front of the car will be minimal or non existent, the real beneficiary of the designer’s attention being the top and the rear of the car. The S-Class Cabrio will be using a fabric top in order to save weight and reduce the amount of space taken up by the roof when folded down. It might not seem like the most technologically advanced solution, but at least it sets it clearly apart from the Coupe version.

As far as powertrains go, the S-Class Cabrio shares the same platform as the Coupe so expect to see familiar faces under the bonnet: the range will kick off with the S 500 4MATIC with a 455 hp bi-turbo V8, followed shortly by the two AMG versions: the 585 hp S 63 AMG and the 640 hp S 65 AMG.

Going back to the way the car looks, we can see the cammo covering the rear side and especially the tail lights, but by the looks of it, there doesn’t appear to be any changes to the rear either. We might witness here one of the most straight-forward conversions ever, with the only significant difference being the roof itself. 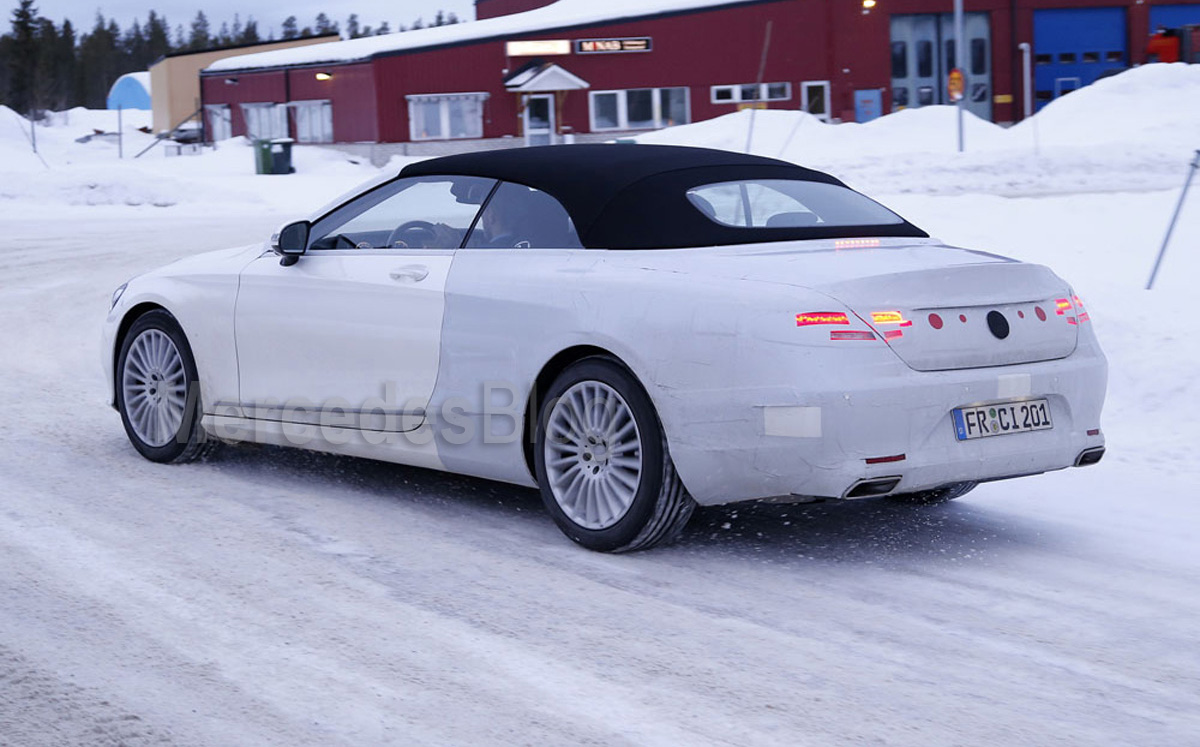 The closest thing to a rival this car is likely to get is the Bentley Continental GTC Cabrio (and possibly the rumored Rolls-Royce Wraith convertible – even though Rolls-Royce might disagree on the whole rivalry thing) in what’s otherwise a very rarefied premium niche.

Expect all the technology and gadgetry available in its S-Class sibling to be carried over, with a little added extra like the rollover feature which will keep the four occupants safe in case up becomes down and the other way around.

The prices have obviously not been announced yet but do expect to pay a premium over the Coupe for the privilege of not having a roof over your head. The car is expected to be launched in late 2015.