Mercedes-Benz plays the Big Game on a small screen. Even though the three-pointed star company will not be broadcasting a commercial at this year’s Super Bowl, they will still be involved in the event. Mercedes is setting up a contest with the winner getting a brand-new Mercedes.

What does it take to get a shiny new Mercedes-AMG C 43 Coupe right in your driveway? Just a snap of your fingers. A touch of them, actually. On February 4th, the last one with the finger on the car takes it home.

Residents of the United States above 18, with a valid driver’s license, are eligible for the game. The registration period begins on Sunday, the 4th of February, at 12:01 AM Eastern Time and ends at 6:25 PM ET. The contest period begins 5 minutes later. All the contestants need is a touchscreen interface like a smartphone or tablet, Internet access and an operating system capable of running the downloaded application. 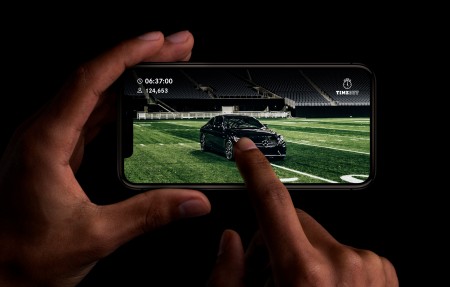 During the competition, the Contestant will have to keep his/her finger on the vehicle appearing on the screen, the Mercedes-AMG C 43 Coupe, while it moves across the screen, except during a Timeout. Once it loses touch with the vehicle, the Contestant is disqualified. The fingers of other persons do not count. If the connection drops, game ends there. They must ignore distractions and exhaustion and keep their eyes on the Grand Prize. There will be just one prize, the 2018 Mercedes-AMG C 43 Coupe with a retail price of $63,140, together with $19,842 to help pay for all the taxes and expenses. If not content with the prize, the winner can choose to another car that is cheaper than the AMG.

All those who want to join the competition must check the official rules on the official page of the contest Last Fan Standing.