Daimler reports that it is investing 145 million euros in the construction of a second research and development center in China.

Daimler opened the doors of its first Chinese research and development center in 2014, a facility that was based in Beijing. A second unit, called R&D Tech Center China, will now be set up in the same city. Daimler wants to be able to adapt its models with this expansion more quickly to the wishes and demands of the Chinese market and authorities. These models adapted to the Chinese market will naturally be produced in China.

Located on the premises of the local production hub Beijing Benz Automotive Co. Ltd. (BBAC), the new R & D center in China will house a wide-array of cutting-edge test facilities for overall vehicle and component testing, ranging from electric drive and charging, powertrain, chassis, in-vehicle air quality, emission to noise, vibration and harshness (NVH), as well as a consolidated workshop for all functions including overall vehicle and endurance testing. New test labs will have the capacity to carry out a wide-range of basic to complex tests, such as system calibration, durability and thermodynamics. The facilities will incorporate road simulators and climate simulation, making testing as accurate and as optimized as possible.

The facility will have an area of 55,000 m2 and will consist of a large test hall with two floors and an office building. The office building must accommodate 600 employees, while the two-story test building will include a warehouse and parking area for 250 test vehicles. R&D Tech Center China, will start operating in 2020. 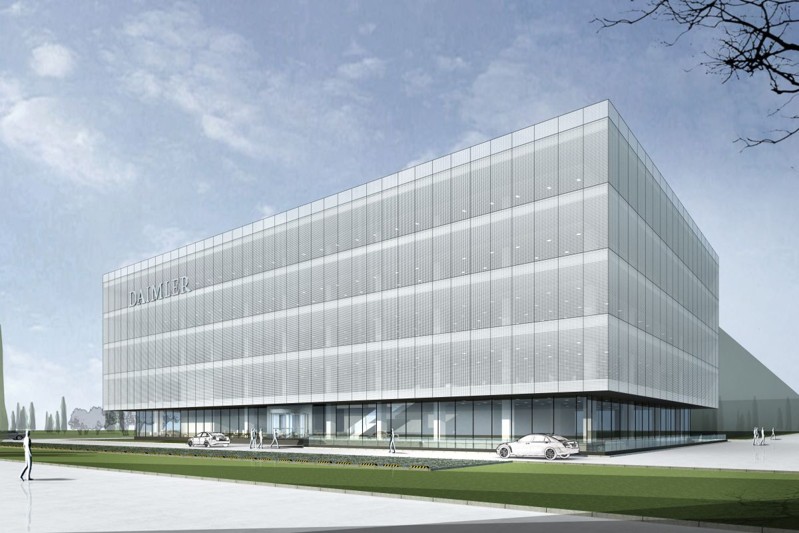