The Austrian electric car specialist Kreisel has unveiled the first-ever electric Mercedes G-Class. Built for Arnold Schwarzenegger himself, the off-roader runs purely on electrical power with almost 500 hp (360 kW) and an impressive range of 300 kilometers.

Kreisel Electric has electrified a current Mercedes G and promises enormous performance data, but the main business focus of Kreisel Electric is the development of battery packs for electric cars and various other vehicle types as well as fast-charging technology. With the construction of a new battery factory last year, the company had attracted a broader public for the first time. Kreisel promises higher capacities and service life for the traction batteries thanks to a self-developed and patented manufacturing technology.

The new electric Mercedes G-Class, presented in Kitzbühel, is now another project with which Kreisel wants to demonstrate competence. Previously, the engineers have converted several standard passenger cars with their own technology into electric models. The Mercedes G fits into the picture. With an output of 360 kW (490 hp), the electric motors deliver significantly more power than the V8 petrol engine in the G 500. 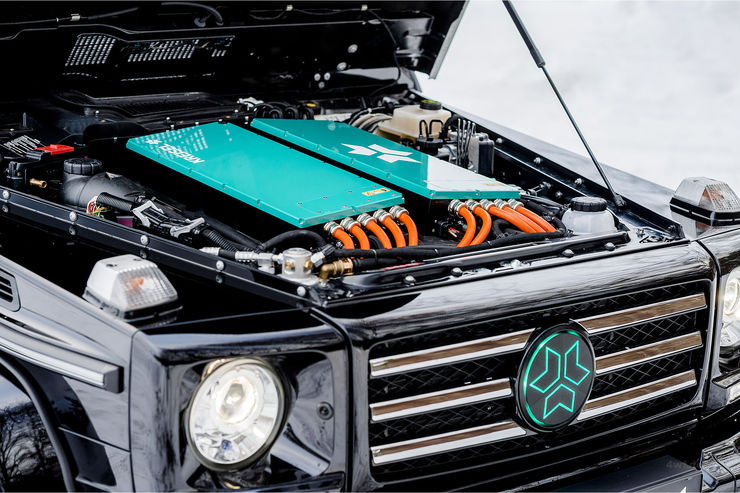 Two months were needed for the development of the conversion, during which the original Mercedes G 350 d mutated into a full-time electric off-roader. Main gearbox and engine were removed, several electric motors with reduction gearbox directly flanged to the transfer case. The off-road capacities of the Mercedes G do not change, and the axle locks, the distributor gearbox lock and the switchable off-road 4×4 system are retained.

The batteries made by Kreisel were mounted in the electric Mercedes G. One part is in the engine compartment, additional battery packs were installed in the rear instead of the diesel tank and under the boot. Altogether the capacity is 80 kWh, the total weight of the electric system is rated at 510 kilos. The result sounds spectacular, for the sprint from 0 to 100 km/h, 5.6 seconds are specified. This is in the beat distance to the G 63 AMG (5.4 seconds) with a big, gaz-guzzling V12. The maximum speed is rated at 183 km/h, but in such situations the electricity supply is likely to be running very quickly. In normal use, Kreisel Electric promises a range of around 300 kilometers, all while the batteries are within 25 minutes charged to 80%.

Only one Kreiser electric Mercedes G-Class has been madepiece, with price or production costs kept under wraps. We do know who the owner is, though: ex-Governor Arnold Schwarzenegger. 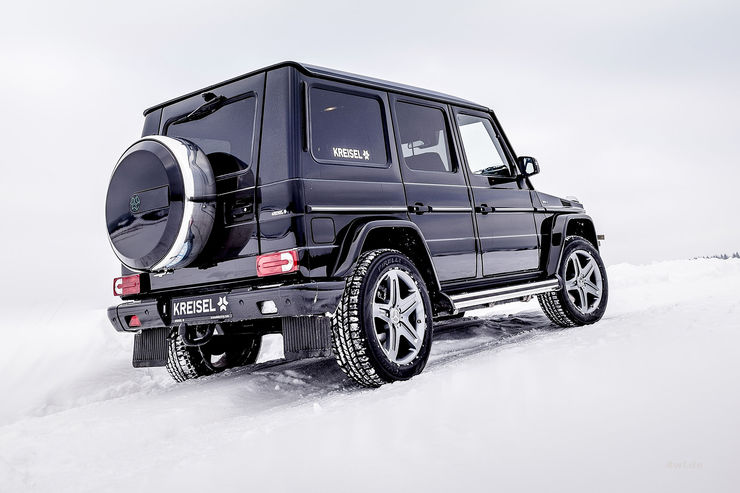